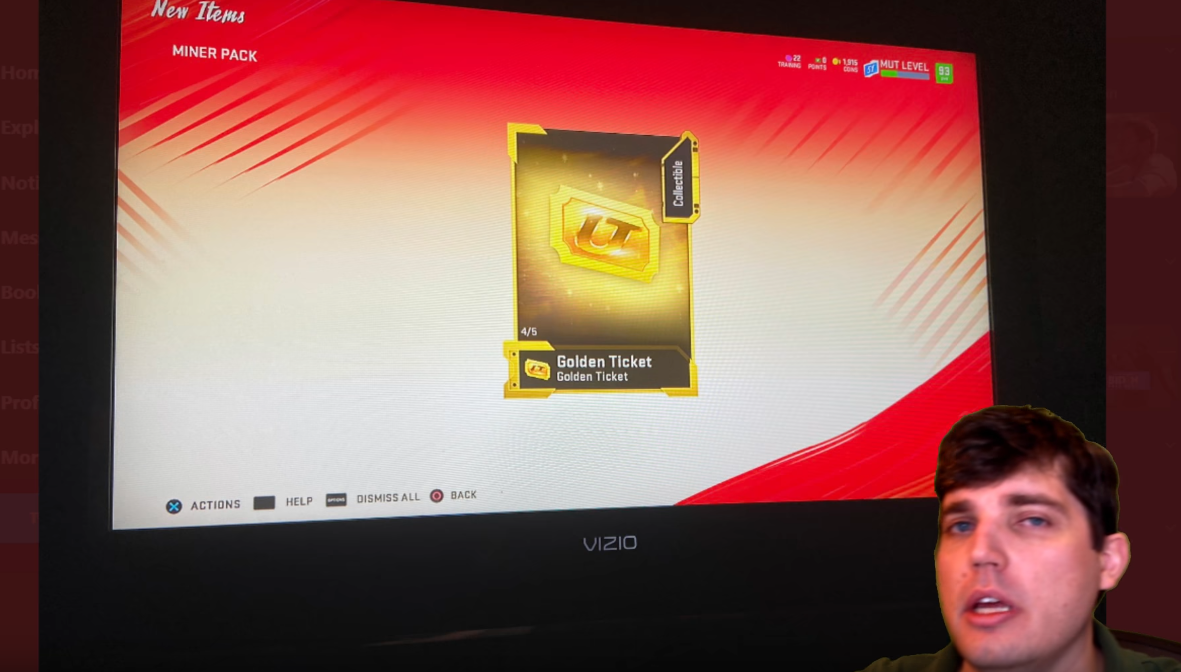 It only feels right letting Gutfoxx recap the Golden Ticket event (at least part one) since he got the movement going on it with his initial tweet:

THIS IS NOT A DRILL! 20,000 LIKES ON THIS TWEET AND EA WILL BRING BACK GOLDEN TICKETS IN MADDEN 20. @Jstein2469 has promised to make it so. Please like, retweet and share with everyone you know. Scream it from the mountain tops, employ your town crier. Anything. We need this. pic.twitter.com/pB86RCHlKo

Big ups to Jake Stein as well on the MUT team who followed through on the bet. The Golden Ticket event did not go off without a hitch (some people struggled to get online at first), but we did get our winners across the two console platforms.

What was nice about this year’s event is it was not pay-to-win in a normal Willy Wonka-style universe where all the Veruca Salts win out. You just had to play some basic Solo challenges and hope for the best. The drawback was that if you were not home you were out of luck because these are time-sensitive events.

Obviously, most everyone lost, but if you were one of the lucky five people on either Xbox or PlayStation, you’ll have a chance to pick a base player and craft the abilities for that player.

The second Golden Ticket event will take place on March 13 at 10 p.m. EST.

Madden 20 MUT: Combine Promo Recap
Madden NFL 20: xAPATHYx13 Has an Offseason Roster Worth Checking Out -- If You Have an Xbox One