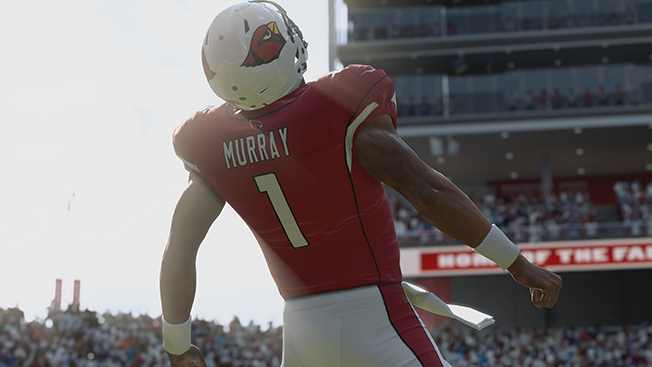 Unlike past seasons, EA is hell bent on differentiating players based on their individual skills, abilities and traits.

And although a ton of time has been focused on Superstar X-Factors, it is worth noting that the remaining group of players also received a makeover in Madden 20. This new ratings system adds parity from one team to another. Furthermore, it allows elite players to play like their real-life counterparts, which is something we have long yearned for in Madden. No longer will a starting offensive lineman be removed from a game, only to have lower-rated player pick up exactly where he left off. Each player will feel different, and EA deserves a “tip of the hat” for the effort.

Here’s a look at the new player ratings system in Madden, and how it affects this year’s rookie class

How They Affect This Year’s Rookie Class

Below is a screenshot with each rookie’s overall rating and the respective average at the bottom:

Here’s a summary of all 32 1st round picks and their Madden NFL 20 overall. Your thoughts? pic.twitter.com/cPGnWpZ83P

For better or worse, EA has spent a great deal of time altering player ratings this offseason. And as we saw with the rookies, and as we will see again later this month with the veterans, players are affected a great deal by these changes. Unfortunately, for teams with less talent, it could be much harder than in the past to compete with some of the higher-rated teams. Additionally, users might avoid some of these teams due to their lack of superstars. Online could slowly turn into FIFA, where the same juggernaut teams are all anyone plays with game to game. Sure, lowly teams like the Dolphins and Cardinals will be fun to build over time, but in head-to-head online play very few will be able to compete while using those teams.

In the end, EA has made some big changes to this year’s game. And in just a few weeks, everyone will get a chance to weigh in on the revamped ratings system.