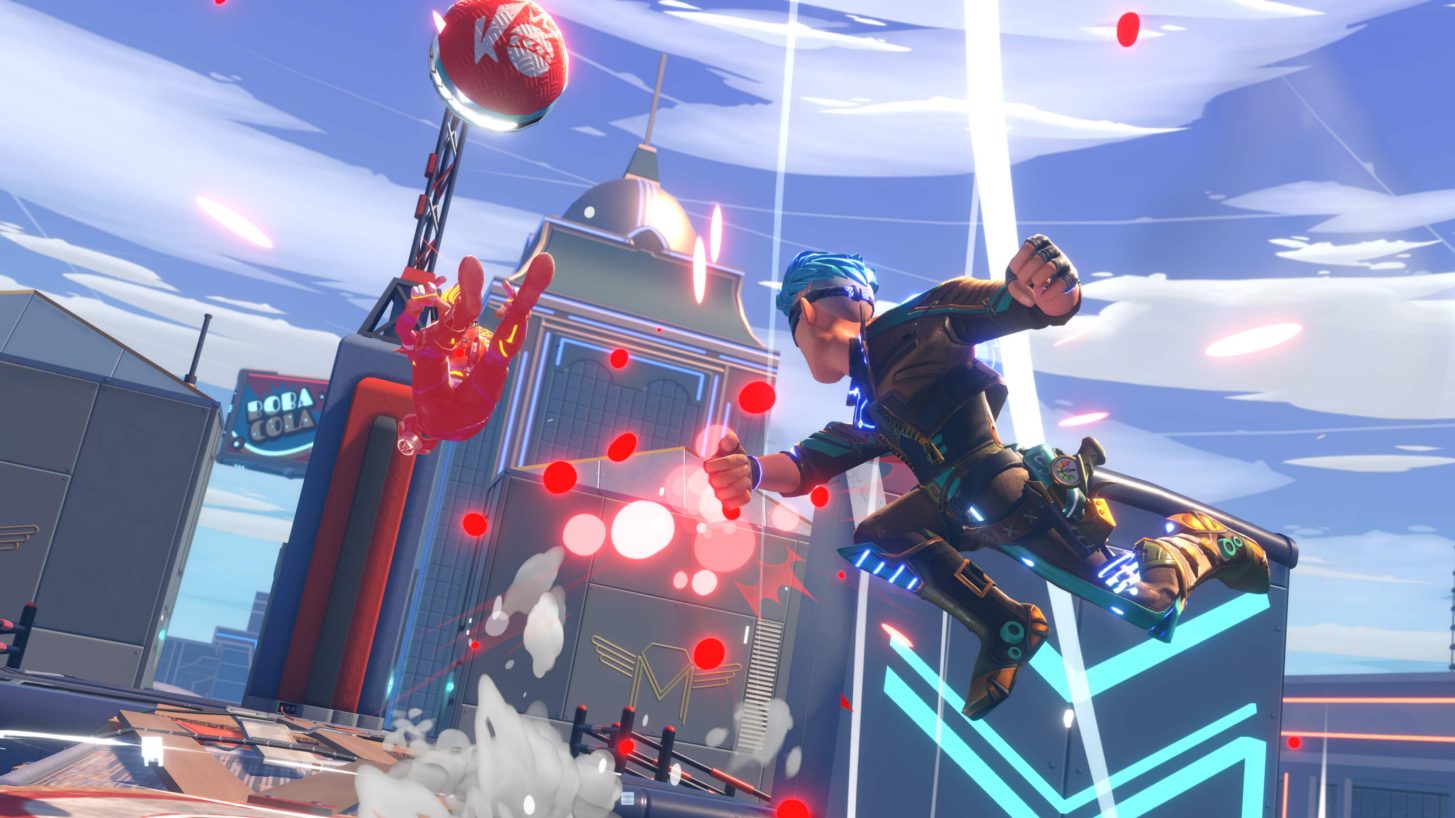 If you haven’t had the opportunity to play the closed beta of Knockout City, EA is opening it up to everyone tomorrow, April 2 at 9:00 AM ET. The Knockout City Cross-Play open beta will be available on PlayStation 4, Xbox One, Nintendo Switch, Origin, Steam and the Epic Games Store. It will also be available for PlayStation 5 and Xbox Series X|S through backwards compatibility. Fans can pre-load the beta now.

In addition to the Moon Ball, Bomb Ball and Cage Ball, the team will be adding the Sniper Ball to the open beta. The added ball will allow players to lock onto enemies from far across the map. The Back Alley Brawl location has been added as well, adding to the already available Rooftop Rumble, Concussion Yard and Knockout Roundabout locations. Plenty of new cosmetic customization styles will also be available, along with special rewards for the noobs and players that have already participated in the closed beta.

There will be 3 playlists available during the open beta, which will rotate throughout the weekend.

Knockout City launches on May 21 for PlayStation 4, Xbox One, Nintendo Switch, Origin, Steam, and PlayStation 5 and Xbox Series X|S through backwards compatibility.

Not sure what Knockout City is all about? Make sure to read our beta impressions here.

Aside from powering up your shot and slinging balls at others with reckless abandon, the other key component of the game is catching. It’s this element that really allows the game to transcend its shooter roots as it would basically be like if you could actually catch bullets when they were fired at you in other shooters — there’s even a “perfect” timing window on catches that allows you to rocket throws back at opponents at increased speeds. The core of the game, and it’s one that that works remarkably well, lies in the cat-and-mouse play of trying to hit someone without them catching it. It’s imperative to use some stealth, deception, or teamwork when launching balls at an opponent.

A helpful cursor tells you when a ball is coming at you and from which direction, but it can still be a challenge to get yourself squared up to the ball to catch it in time before it nails you. Also, the window for catching the ball when you press the button is not that large, so you can get into trouble when trying to anticipate someone throwing a ball at you from close range. In these situations, you may end up just leaving yourself vulnerable if you’re spamming the catch button too much. As you might imagine, there’s really not much you can do sometimes when you find yourself at the wrong end of a gang attack and have two balls being hurled at you at the same time.