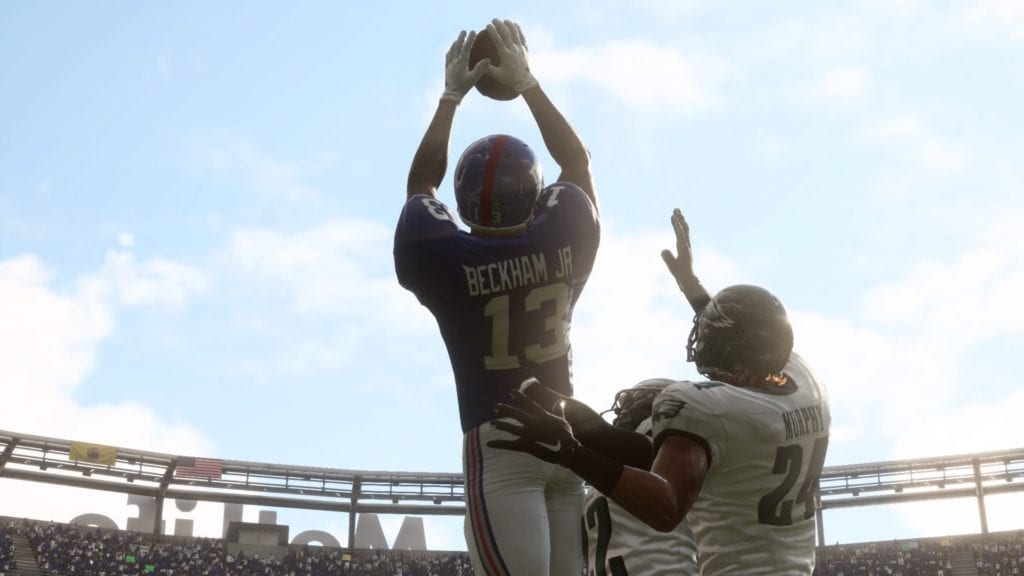 If I’m being honest, I basically only use “play now” in sports games at this point. I can no longer get through the grind of an entire season, let alone multiple seasons of a franchise. Don’t get me wrong, I appreciate a good franchise mode, but gone are the days where I can dedicate the time to them. I also don’t play online games in sports games. I just can’t deal with the randoms who have no interest in playing the game the “right” way.

This gives me a chance to play multiple sports games at one time instead of laser focusing on one game and neglecting the others. I kind of feel like I get my money’s worth this way. I enjoy sitting down in my chair and playing a game of Madden, then switching over to WWE 2K19 to get in a couple play now matches, and if I’m still awake enough I may throw in a game of NBA Live 19 or NBA 2K19.

I just feel like this gives me more value for my money that I spend on all these games every year. I understand that this will probably make people question my sanity, and maybe I am insane, who knows?

I also think playing this mode almost exclusively gives me a chance to play with multiple teams and have the experience of playing as some of the best players in the game. For example, I am a Cleveland Cavaliers fan, and who could stand playing every game with that group of players. I need to feel what it’s like to play as elite players such as James Harden, Kyrie Irving and Russell Westbrook.

I love playing as my Browns in Madden, but I always feel the need to experience playing as some of the best players in the NFL. I recently started playing as the Cowboys mostly to experience one of my favorite former Buckeyes, Ezekiel Elliott. And who wouldn’t want to play as Alvin Kamara, Patrick Mahomes, Tyreek Hill and Todd Gurley, just to name a few.

It’s a little more complicated with MLB The Show. Obviously I’m not getting through 162 games. I hate simulating. I also don’t really enjoy Diamond Dynasty very much. So even though baseball is my favorite sport in real life, I’ve cut The Show out of my rotation almost completely this past year. I don’t get the same feeling I do just playing random play now games as I do with the other sports games. I think one reason is that I’m pretty tired of the game in general. But that’s for another article.

So now my question is to you. How often do you use play now? Is there anyone out there like me who uses it almost exclusively? Do you find yourself moving gradually to doing it more often? Or is everyone on here a die-hard franchise player, and/or big fans of the card collecting modes? I know a lot of people play Diamond Dynasty exclusively in MLB The Show, and I honestly think that would be fun, but I just can’t get into it.

Let me know your thoughts in the comments below!