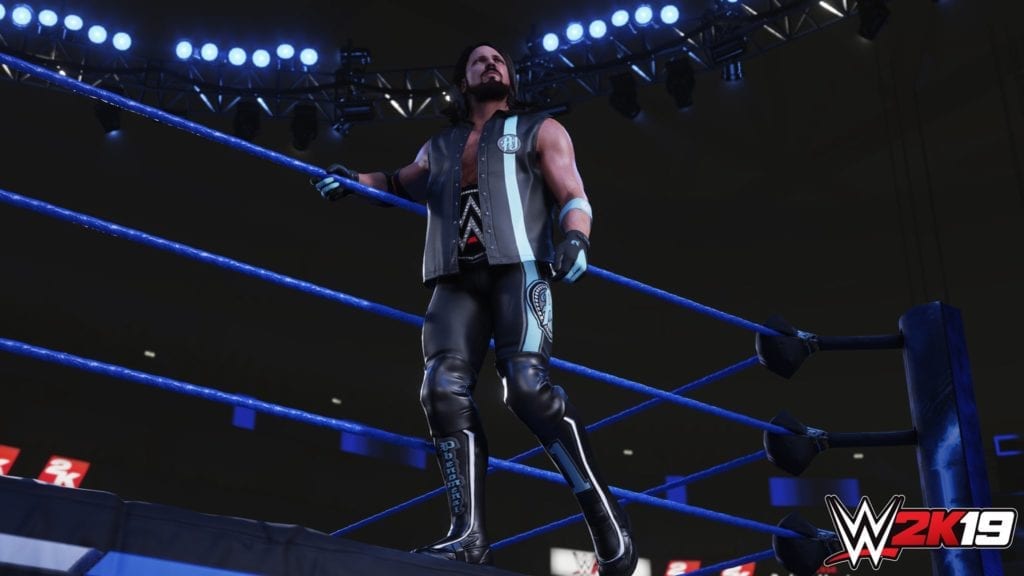 At Operation Sports we have several amazing and enterprising members who make the games we play better. Sometimes those members work tirelessly on sliders and sometimes its a time consuming task of creating custom rosters.

OS’ers DC and HyperBaller21 have created some incredible WWE 2K rosters over the past few years, and they’re at it again with WWE 2K19.

As the project begins anew this year, we got both HyperBaller21 and DC to take a few minutes away from creating their rosters to explain their history, how they make the rosters, and a bit about their passion for wrestling games in general.

Jerrit Crosby (HyperBaller21)  and LJ Edmonds (DC) have been co-editing rosters since NBA 2K11 (Xbox 360). We were united by our passion for unrealistic dunks in the NBA 2K series, and have been supporting each other ever since.

How long have you been playing wrestling games?

LJ: Christmas of 1990, my father bought me my first wrestling game, WWF WrestleMania Challenge on the original NES. So I am pushing close to 30 years when it comes to playing wrestling games.

Jerrit: My first wrestling game was WWF Royal Rumble on Super NES back in 1993. I have owned a WWF/E or WCW  game every year ever since.

Do you have any inspirations in particular for the rosters?

We had three points of emphasis for WWE 2K19:

1) PAYBACKS: WWE 2K19 introduced skills that influenced how performers reacted when fighting from underneath. We wanted to be conservative, yet fair, with how we distributed these skills. In the past, we have spent a large chunk of our time testing the games we have edited, and we noticed how overpowering new features tended to be. Since we already enjoyed how our system worked, we didn’t want too many disruptions with how things flowed, so we decided to conservatively introduce our system with these new PAYBACKS.

2) Realistic match pace and speed: Many users play wrestling video games the same way they play fighting games, wild and crazy. We felt that the user wasn’t necessarily at fault since wrestling games have traditionally been promoted as offshoot fighting games. We wanted to slow the match pacing down to reflect a more realistic/simulation approach to the sport.

For example, we wanted to eliminate heavyweight wrestlers being able to physically keep up with wrestlers from the cruiserweight division, so we made sure speed and stamina discrepancies between different sized/skilled wrestlers were more noticeable.

Conversely, we knew certain wrestlers struggled to consistently display strong conditioning, so we also wanted to ensure the community that we paid attention to the stamina differences between larger and smaller wrestlers.

Together, these attributes played the biggest roles in the development of a simulation-based roster.

3) Differentiating fighting styles and card levels: We were heavily influenced by the fighting styles of the Fire Pro Wrestling Series and we felt each wrestler should have a base fighting style that afforded him/her a certain level of general advantages and disadvantages.

For example, Giants are very strong performers but they generally lack speed and stamina. On the flip side, Luchadors are very agile and fast but their level of strength usually suffers. We wanted to make sure the user was able to feel and appreciate the pros/cons of each style of wrestler they controlled.

Could you explain a bit how you put the rosters together?

We templated each superstar around a specific fighting style, which gave them a base set of attributes. From there, we added each superstars’ skills, abilities, strengths and weaknesses. It is an elaborate system of formulas that would take hours to completely go through, but just know where is an actual science behind each and every attribute generated for all of our wrestlers.

This year’s game has a huge roster, do you think that presented any additional challenges for what you guys do?

Since wrestling is a never-ending sport that changes often, our only challenge is keeping every superstar current. Unlike traditional sports rosters, wrestling changes from week to week, and since the roster is so huge it is important to maintain our high level of attention to detail.

Who are three wrestlers who have never been in a modern wrestling game that you’d love to see in a game in the future?

What are your goals for the rest of this year for the rosters?

We intend to update our superstars on a bi-weekly basis, depending on how the shows progress in real life. Additionally, we plan to add superstars from the past as well as from other promotions around the world.

Looking ahead, where would you like to see wrestling games go in the future?

Since much of our attention when editing NBA 2K is on perfecting CPU/AI controlled players’ tendencies, it really bothers us that the top selling wrestling game in the world is one of the last remaining sports titles that doesn’t include specific tendencies for each character. This series would be untouchable if they included CPU tendencies for the hardcore community. We know that many of the individuals who purchase this title aren’t concerned with how the CPU operates, since the modern era has shifted to competitive online-gaming, but there are many of us who still enjoy watching CPU vs. CPU simulations and/or “working” matches with the AI. We simply feel the lack of tendencies hinders the progress of the series.

To see the project and stay abreast of latest updates, check out the thread on our forums.