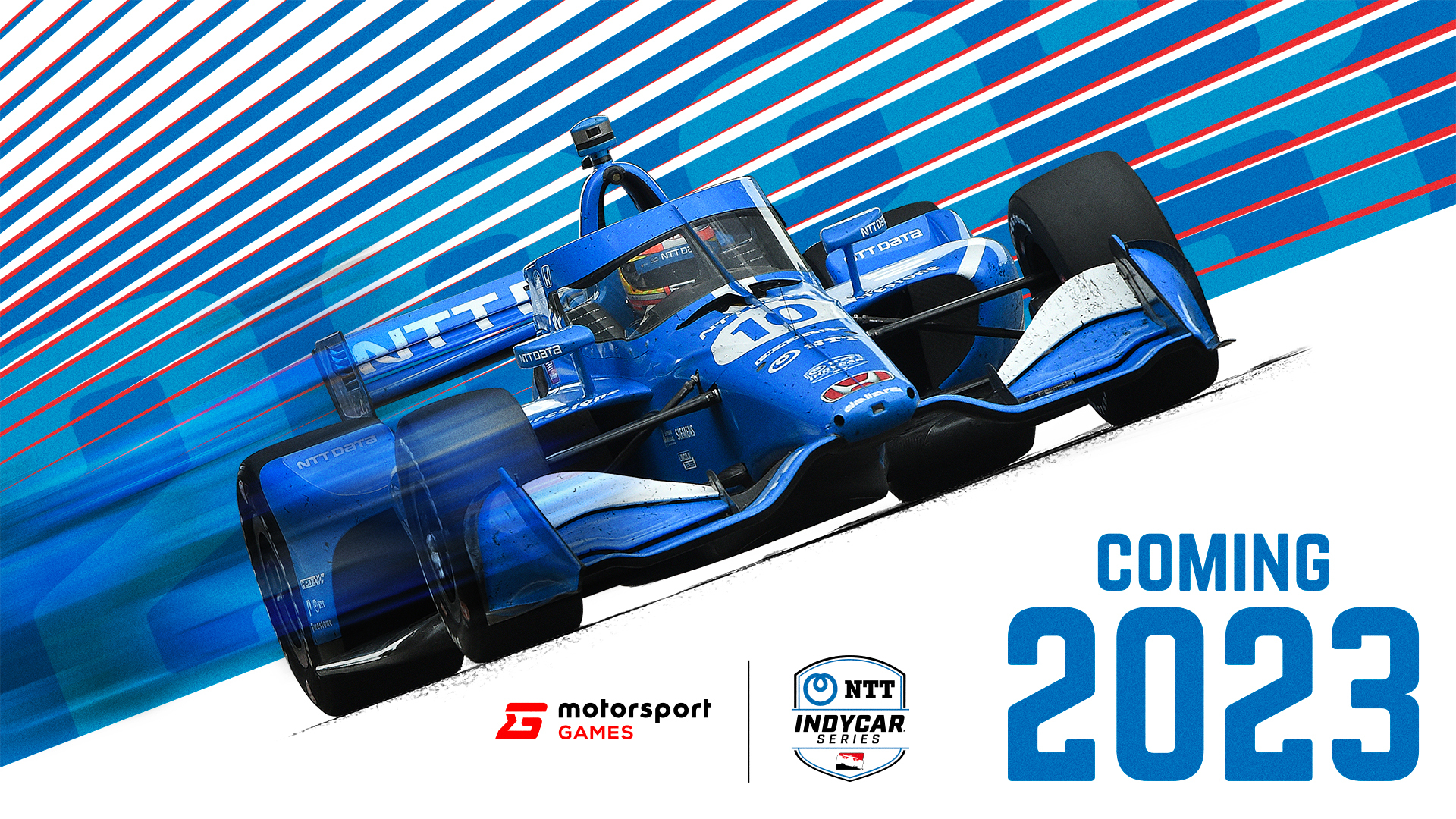 As most racing fans sit patiently waiting for extended information about the newly designed NASCAR game ready to launch this year from Motorsport Games, the same company has dropped a bombshell of the good variety. Motorsport Games has announced that IndyCar 2023 is in development and will drop the same year as its given name. While little is known at this juncture, MSG did put out a press release with a bit more in-depth detail about the new IP. It appears the game will follow the same path as its NASCAR counterpart and deliver an authentic simulation experience that is fully licensed. 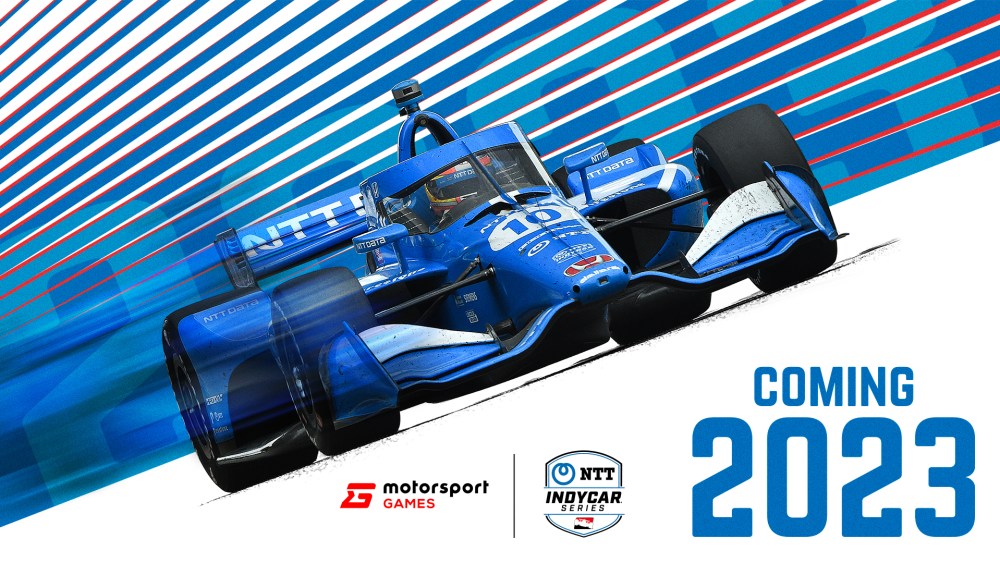 Miami, FL – July 15, 2021 – Motorsport Games Inc. (NASDAQ: MSGM) (“Motorsport Games”), a leading racing game developer, publisher, and esports ecosystem provider of official motorsport racing series throughout the world, announced today it has entered into gaming and esports licenses. The esports license was entered into with intent by the parties to the license to form an exclusive relationship to develop official esports INDYCAR SERIES events. The debut title is expected to launch in 2023 on Xbox and PlayStation consoles as well as PC. The partnership additionally includes an esports agreement that could kick-off as early as this year. Details on competitions that will feature NTT INDYCAR SERIES athletes are expected to be announced at a later date.

Motorsport Games and INDYCAR are thrilled to provide fans with a long-overdue dedicated gaming experience,” said Dmitry Kozak, CEO of Motorsport Games. “After decades of world-class racing, we cannot think of a more deserving league for a video game franchise. INDYCAR shares our commitment to bringing authentic experiences to motor racing enthusiasts. Fans can anticipate the NTT INDYCAR SERIES to meet the same level of excellence and immersive gameplay they expect from Motorsport Games.

Our partnership with Motorsport Games will bring the fierce competition of the NTT INDYCAR SERIES to a global gaming audience hungry for quality motorsports content,” said Mark Miles, President & CEO, Penske Entertainment. “Like the talent and depth of our field, INDYCAR’s universe continues to expand and grow rapidly. Motorsport Games is an industry leader with a track record of innovation and we know our fans will have 2023 and the debut of this new NTT INDYCAR SERIES video game circled on their calendars.

Motorsport Games’ relationship with IndyCar will produce a brand-new franchise that has been eagerly anticipated by racing and gaming fans alike. IndyCar’s bold, audacious, and unapologetic style of racing is primed for a video game franchise built entirely around its expanding brand. North America’s top open-wheel racing series features a growing roster of rising young stars and talented veterans with global name recognition. These daredevil athletes compete across a uniquely challenging and diverse set of ovals, road, and street courses.

“I am super excited our fans will be able to bring the NTT INDYCAR SERIES into their homes with this new video game franchise,” said Arrow McLaren SP driver Pato O’Ward. “This is such a great opportunity for fans to connect to our series even more, from watching us on the weekends to playing as us on their favorite tracks whenever they want.”

For those who don’t remember or are too young to have enjoyed the title, the last fully licensed standalone IndyCar game was released in 2004 by Papyrus and titled IndyCar Series 2005. While it was well received by both fans and critics, the series halted production, and fans of the series have been without it for almost two decades now.

NTT IndyCar Series has been in the news recently as the official series is exploring the option of adding more ovals to the schedule since only Texas Motor Speedway, World Wide Technology Raceway, and the Indianapolis Motor Speedway as the only oval options on the current schedule.

Also, for those who may not be familiar with Motorsport Games, it is a relatively new developer comprised of former Codemasters, Forza Horizon, and rFactor developers who know a thing or two about developing racing titles. So before you worry that the approach of IndyCar 2023 will be limited in scope and effort, Motorsport Games already has an impressive list of current titles and licensed IPs — and that list is continuing to grow.

Per the company’s site:

It is a company that combines innovative and engaging video games with exciting esports competitions and content for racing fans and gamers around the globe. The company is the officially licensed video game developer and publisher for iconic motorsport racing series including NASCAR, INDYCAR, 24 Hours of Le Mans, and the British Touring Car Championship (“BTCC”). Motorsport Games is an award-winning esports partner of choice for 24 Hours of Le Mans, Formula E, BTCC, the FIA World Rallycross Championship, and the eNASCAR Heat Pro League among others.

If you are only vaguely aware of or even unfamiliar with the open-wheel racing IndyCar, the series features an international field of the world’s most versatile drivers — including six-time series champion Scott Dixon, two-time series champion Josef Newgarden, and two-time Indianapolis 500 winner Takuma Sato — who compete on superspeedways, short ovals, street circuits, and permanent road courses.

The season consists of 16 races in the United States and is highlighted by the historic Indianapolis 500 presented by Gainbridge.

In short, for racing fans this could be amazing news, as now console users will have fully licensed games for the three most popular leagues in the world, with IndyCar 2023 available in 2023 for Xbox Series X, PlayStation 5, and PC.

At this juncture, details are sparse and will probably remain limited for some time as the target date of 2023 is only specific to the year and not the month and day. So, while the wait may seem a bit long for some, at least fans can rest assured that a fully licensed IndyCar simulation is on its way and seemingly in good hands. We will update folks as information continues to flow both now and in the near future.