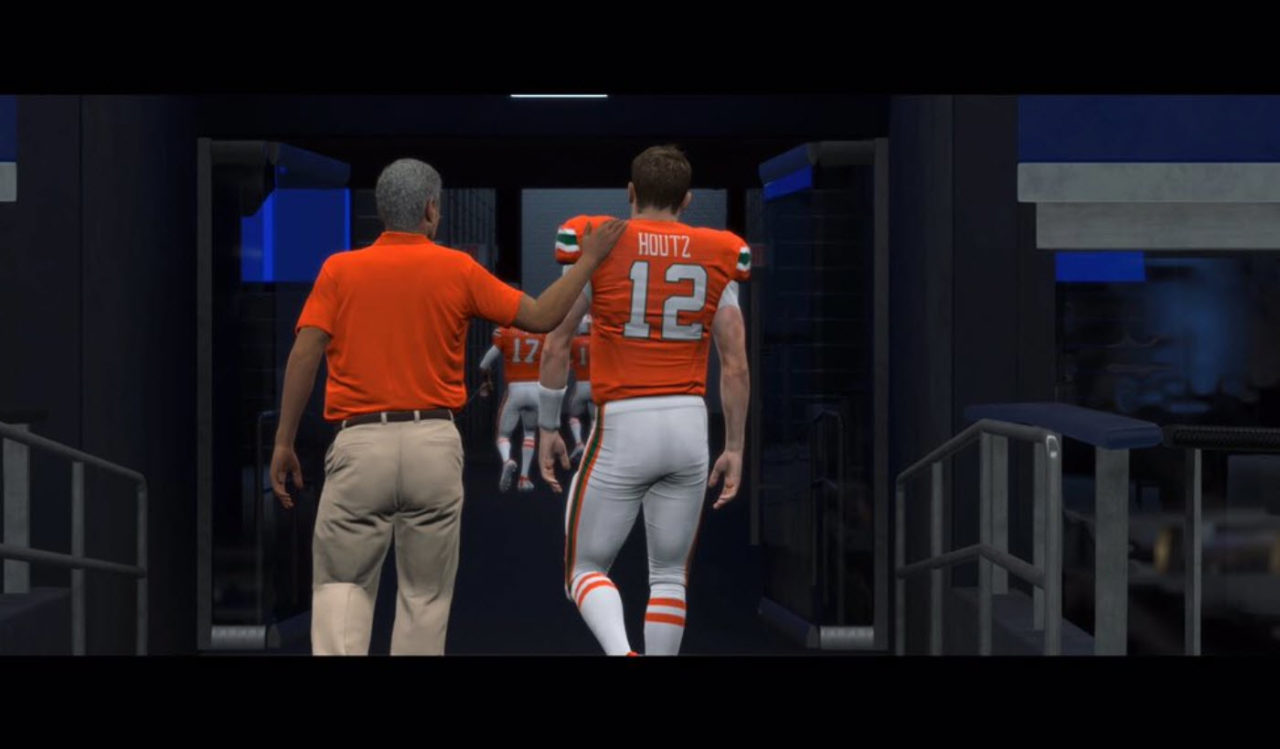 One of the most intriguing features in this year’s Madden is the new single-player mode, Face of the Franchise: QB1. There are plenty of details on this new feature that can be found here. But to sum things up, you create an NFL QB and embark on a journey from the college football playoffs to NFL glory — and everything in between.

Here are my early impressions on EA’s newest game mode, Face of the Franchise.

An NFL QB Is born

Face of the Franchise starts off with you creating your NFL quarterback. And unlike previous installments, there is a lot more customization this time around. In fact, this year’s game has a dozen different heads, several hair styles and many other areas you can personalize. It’s rather in-depth, and literally gives you the option to customize everything from your head to your toes. EA did a good job with this. However, it’s 2019 and there’s no reason why gamers shouldn’t have the option to upload their face like WWE 2K and NBA 2K.

Throughout story mode, you will be asked a variety of questions that impact your character’s story. These are referred to as scenarios, and EA has big plans to implement them throughout the year. Furthermore, each answer impacts the storyline, but to what extent has yet to be determined. As the story progresses, you are asked to enter the hometown and name of your superstar quarterback. Next, you find yourself immediately thrown into a starting spot in the NCAA playoffs.

After the college playoffs, your QB must throw at the NFL combine alongside the rest of the draft hopefuls. EA does a really good job at making this fun and exciting. And after you’re done throwing a variety of different passes at the combine, there’s nothing left to do but wait patiently for your name to be called at the draft.

To be honest, I was a bit taken aback by some of story attached to Face of the Franchise. At one point, you’re battling with the top-rated QB in the country for the starting spot. The quarterback’s motivation is driven in part by the death of a close friend. The overall feel of the story seems a bit detached and unfitting for the mode this time around, especially with the varying ages that will be playing this mode. Nonetheless, it’s the classic tale of two quarterbacks out to prove they have what it takes to be the starting quarterback.

Graphically, this game mode pushes the boundaries of what we’ve seen from EA. Additionally, some of the cutscenes and stadium shots are beautiful. There’s still not enough of this utilized throughout the game and would go a long way towards making Madden feel as authentic as Sundays. Regardless, one other nice element is the apparent partnership between EA and NFL Network.

One of the coolest features in this story mode is the integration of NFL Network’s hit TV show Good Morning Football. Hearing Peter Schrager and Kay Adams talk about your created player’s prospect of becoming an NFL QB is fantastic. And if they were to just add more of this throughout franchise mode along with a few other visual changes, the replay value would increase greatly. But again, it’s one of the coolest things they added to QB1 and hopefully we see more of this partnership in the future.

Unfortunately, for as beautifully executed as the first part of Face of the Franchise is, the rest of the game mode is nothing more than Connected Franchise.

For an experience that starts out red hot, it fizzles out once you get beyond the more guided portions of the mode. QB1 is very much like the last two single-player attempts by EA, and has a lot of potential moving forward. However, with all the potential Face of the Franchise has, it still falls a bit short of the end zone. That being said, it doesn’t mean I won’t be keeping a watchful eye on what additions EA might make. And depending on what EA decides to do with updated scenarios and other future add-ons, there’s a chance QB1 could be around for the long haul. But while it waits for an opportunity to prove its potential, I will treat Face of the Franchise like it’s MUT’s backup quarterback.