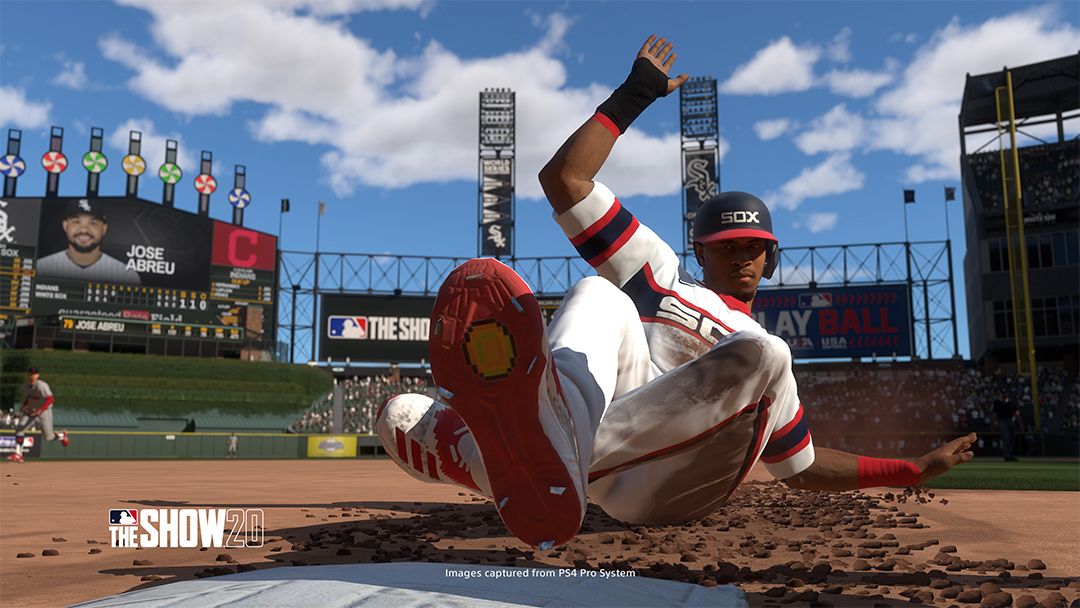 Recently, I’ve been reading Kiley McDaniel and Eric Longenhagen’s Future Value: The Battle for Baseball’s Soul and How Teams Will Find the Next Superstar, an exceptional in-depth look at the wild world of scouting in baseball. To date, it is one of the most informative and easy-reading baseball books I have ever read, and I would recommend it to any and all baseball fans. But as I read through International Free Agency and how teams handle scouting, I was floored to learn exactly how much is missing from MLB The Show. I have compiled a list of the most interesting opportunities from Future Value that MLB The Show can implement in future titles to improve the single-player experience.

International Free Agency entirely eludes MLB The Show’s franchise mode. Some of the game’s biggest and most exciting stars, including Ronald Acuna, Yordan Alvarez and Juan Soto, as well as an abundance of top prospects, come from this July signing period, appropriately abbreviated as “J2.” 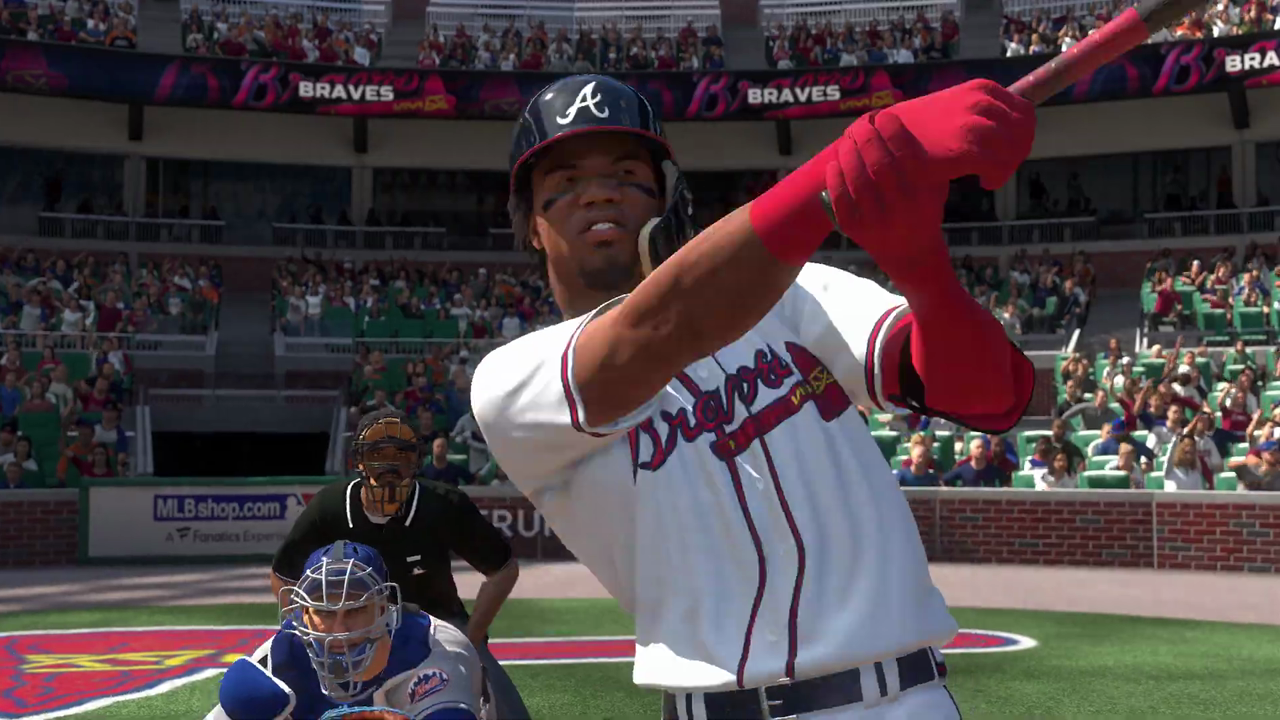 Internationally, clubs have academies set up in countries that over-index with talent. These facilities have greatly improved in quality over the last few years as teams realize the opportunities that await them. It is, very similarly, a thrilling opportunity for The Show to expand its franchise offerings. J2 is a wild world that changes a little bit each year.

To make a long story short, teams have to do their research and account for a tremendous amount of information before they throw millions of dollars at international teenagers. Many have spent time with these prospects’ families to understand their background and even have word-of-mouth agreements in place for years before players are eligible to sign. Members of the front office are forecasting how these teenagers will grow into their bodies, as well as handle the pressure of moving to a brand new country to face the best of the best in terms of talent.

Some organizations recognize that others are not as invested in the risk-laden J2 world and use it to their advantage. They will trade players for international bonus pool space, which increases the amount of otherwise capped money they are allowed to spend in J2. This could be a thrilling opportunity for MLB The Show’s franchise mode to mix elements of NFL Head Coach, Out of the Park Baseball, and FIFA to create a transcendent front-office simulation.

FIFA’s very robust manager mode scouting would be a great starting place because it introduced a comparably desired system even a console generation ago. Its fully international scouting allows players to completely customize the types of players they wish to covet. Maybe they’re super speedy but need some help developing their finishing, or maybe they’re the opposite and very physical. Perhaps an organization will target exclusively older goalkeepers that need less seasoning in the Youth Academy, relying on trades and transfers to fulfill the team’s other needs.

Major League Baseball operates in a very similar manner, both abroad and stateside. There are showcases across the United States for elite teenage talent to catch the eyes of big league clubs. A wide collection of age ranges and skills are on display at each of these, and given how players physically and mentally develop, it makes sense for teams to deploy regional and national scouts to keep tabs on who to take and when in the draft.

These scouts get a great feel for players’ background and work ethic to comprise makeup, which is a catch-all measurement term for how well this player will fare mentally in pro ball. It has always been a scouting priority, and in organizations’ analytics revolutions, teams are trying to quantify it the same way they would WAR.

After years of playing The Show without any blue-chip prospects discovered by my scouts, I have given up the last few years and set scouting to be automatically handled by the AI. It remains unchanged from years ago: position, primary skill, secondary skill, and region — looking quite shallow in comparison to FIFA and NHL’s scouting. What about signability, age or makeup? Or the ability to prioritize the undersized and older players in the draft? The draft is such a thrilling element of the real-life game: discovering players, structuring your draft board, finding undervalued steals later in the draft. 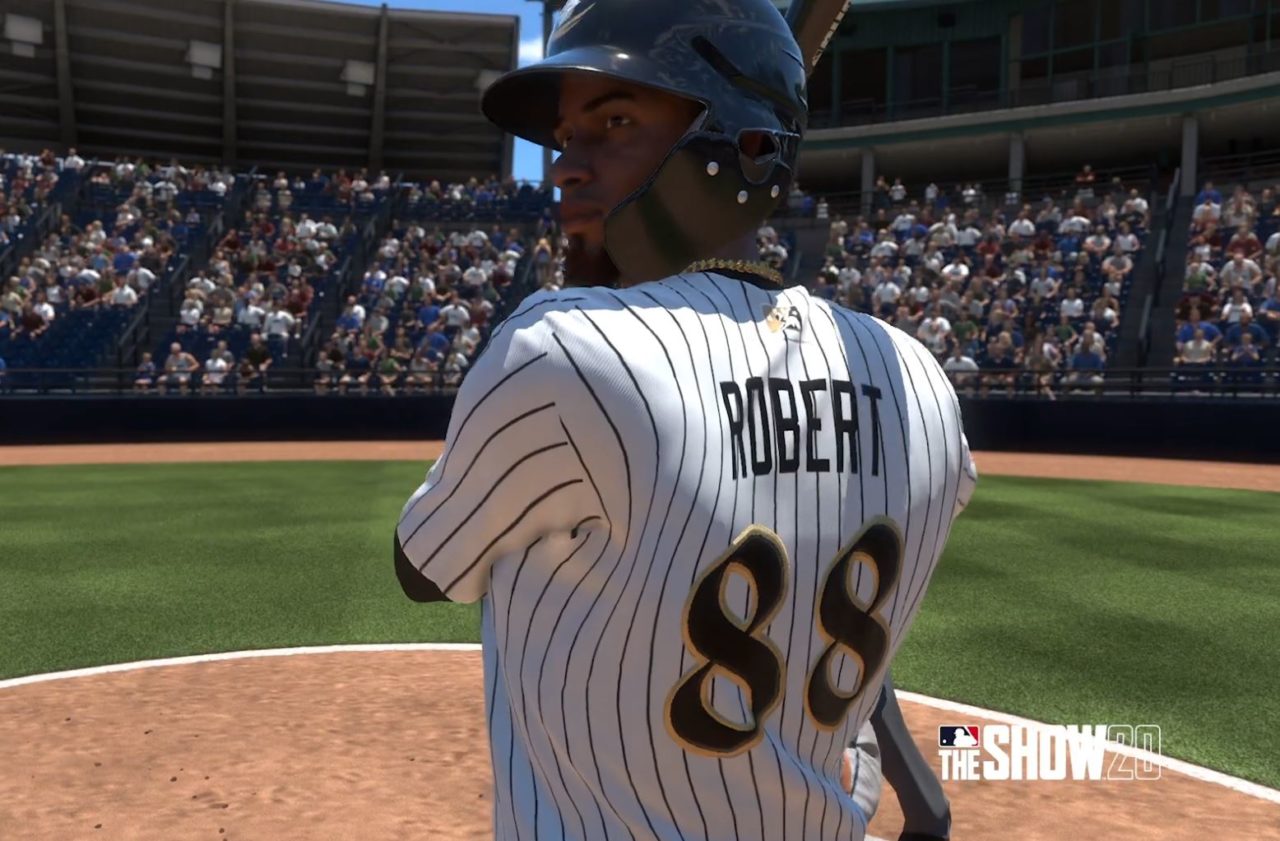 Immediately, I think back to Madden 06’s Superstar Mode where players could mix and match different parental backgrounds to make their player’s DNA, which provided players’ prospective IQs. NHL’s Draft is an absolute triumph, putting players literally on the clock, allowing them to trade up or down mid-draft, and providing them with an accessible draft board to make decisions. Plenty of previous generation and current perennial titles offer customizable draft classes, which would be an easy way to add even more realism to The Show. Considering the game’s various vaults, it is surprising to see draft classes be excluded.

Think about the oft-cited MVP Baseball 2005’s Owner Mode. What if players could invest more in international facilities, minor league players’ salaries, or player nutrition for improved regular season development? Shockingly, elements of each of these are not uniformly prioritized by organizations, which provides players with a new frontier upon which they can build out their carefully budgeted franchise priorities.

What’s a better revamped way for scouted players and prospects to improve their abilities? Well, one way is by avoiding the grind of mini-game chores via a text sim or more modes like MVP Baseball 2005’s hitting drill. Frankly, I would love a mix of both to give franchise mode a whirlwind of unique personality, and, of course, to relive the joy of drilling the MVP 2005 tractor for 5,000 points. 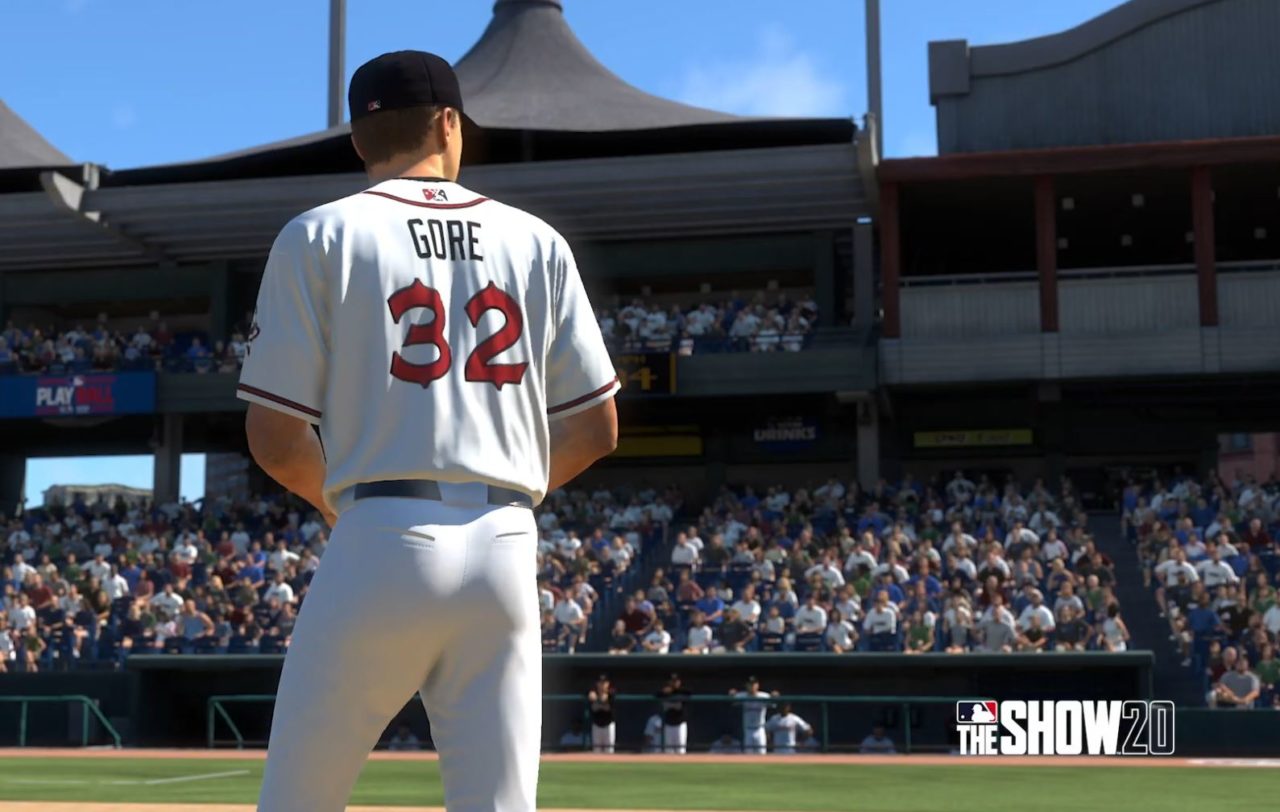 Shohei Ohtani, Mackenzie Gore and Brendan McKay are ushering in a new era of thrilling two-way players in Major League Baseball. As players are scouted by teams, some will excel at both pitching and hitting, with some so talented that they enter the draft with their future positional statuses in question. Will the organization force them to exclusively hit or pitch, or would they be willing to give them a look at both? Currently, there is not even an archetype to create a two-way player in Road to the Show or even edit your created player to do so in Diamond Dynasty.

Jose Bautista, whose legendary cannon is almost as memorable as the Bat Flip Heard Around the World, recently attempted a comeback as a pitcher. Instead of editing him or juicing up a created player to fill that role, what if MLB The Show implemented some sort of “experimental” branch of this newfound front office suite? Could you teach pitchers to rely on certain pitches to boost performance during teams’ simulated games?

Think about Zack Greinke (an elite college shortstop) and Rick Ankiel. How fun would it be to unlock these players’ full potential? What about setting up a roster to make the aforementioned tandem starter/piggybacking a reality? There are loads of forward-thinking, analytics-heavy, and even completely experimental ideas that progressive franchises could come preloaded with as options for players. 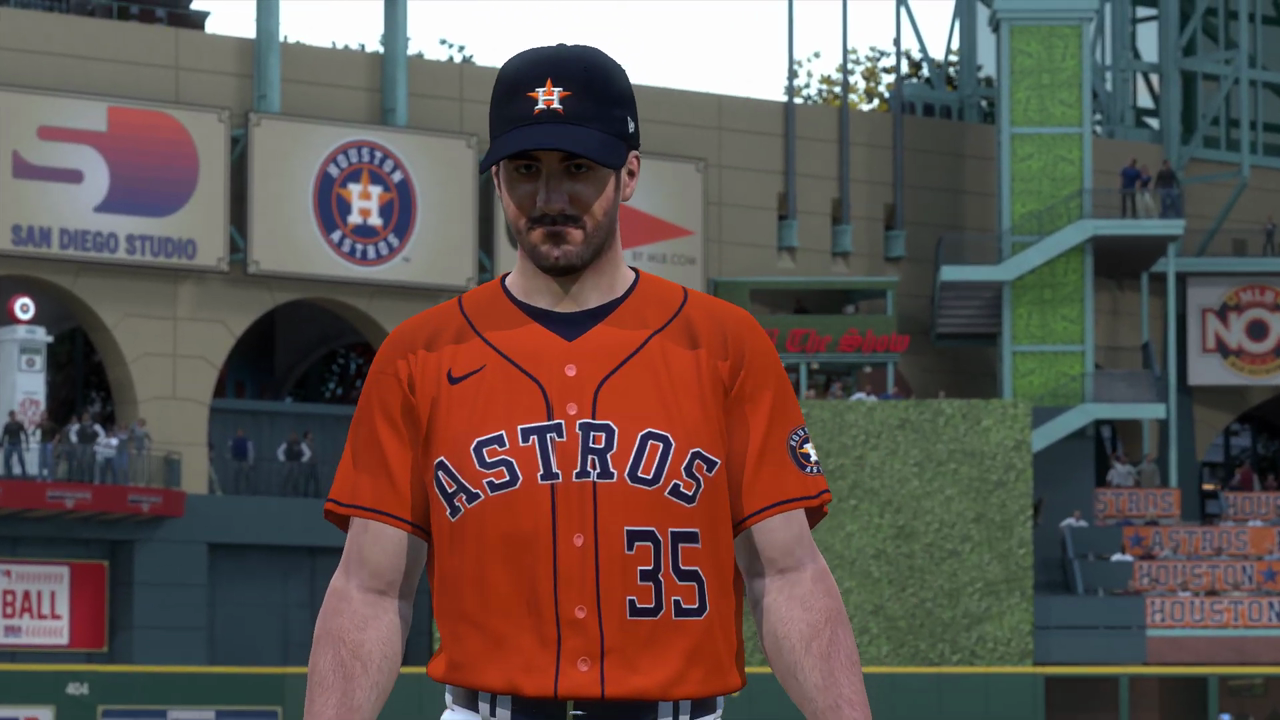 The Houston Astros have proven to arguably be the best organization in the league at maximizing pitchers’ abilities with advanced analytics. What if the in-game new front office was able to flag pitchers that fit the profile they covet (high fastball velocity, excellent control, and a high-spin breaking ball) in free agency, trades, and in scouting? Sure, it’s a bit easier for die-hard MLB fans who already have an idea of these players and who to look for, but having this feature automated as an assistant’s recommendation could make the mode more engrossing and further educate more casual fans.

Shifts in the ways teams construct their rosters give literally every franchise a different and unique experience. Are prospects with flashy tools but a long road to the minors worth trading for a current version of that prospect’s floor? Who will be the first team to employ tandem starters on a regular basis, similarly to how bullpenning has taken off in the last two years? Some of these options are available in The Show currently, but they require a bit of work to execute and maintain.

With plenty to cover, and their hands abundantly full as it is with an intriguing new console generation emerging all in the next few months, it would be surprising if Sony was able to make sweeping improvements to this component of a difficult-to-monetize single-player mode in time for next year’s release. However, considering the trajectory of MLB The Show’s improvements with each release on the PlayStation 4, there is plenty to look forward to as the franchise enters not only the next console generation, but the wild worlds of Xbox and Nintendo as well.