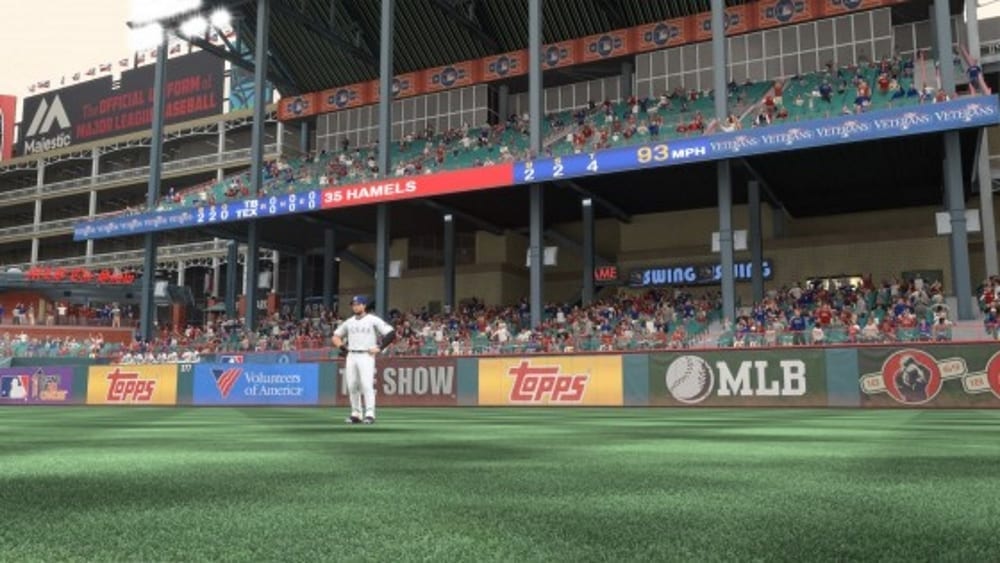 October is often considered the best month for sports in the calendar year. Sports fans find themselves in the thick college and pro football season, on the eve of basketball and, perhaps most excitingly, playoff baseball.

While MLB: The Show players will surely be firing up their PS4 during the month to come, it’s hard to see them hanging around much longer than that. While it’s a fantastic franchise, The Show doesn’t have any gripping features that make it worth playing out of season for anyone but the most dedicated fans of the sport. So what could the game do in future iterations to change that?

Here are three things that could keep me playing MLB: The Show once October ends:

The “winter meetings” are a perfect buffer for baseball fans. The meetings, which feature the convening of baseball media and general managers alike, take place right between the end of the season and the beginning of the next one. Filled with trade and free-agency rumors, the winter meetings might provide some much needed variety to The Show’s offseason. So how would the series go about handling the winter meetings, exactly?

The first thing required would be a more complex trading system. Trading, in baseball more so than any other sport, is a nuanced facet of the managerial experience. Once a more complex system is in place, the winter meetings could be a week-long part of the offseason that sees an uptick in trade offers and free-agency talk. Some high-profile free agents could hold off on any signings until this portion of the season, so as to add to the excitement. One of the most special things about baseball is how it really seems to exist 365 days a year. Spring training is a big part of that, as it’s a time to find which diamonds in the rough might best fit your roster while getting a feel for your team’s play style. Spring training also has a uniquely tropical feel to it. MLB: The Show’s presentation should better reflect that. Another thing the game could do is have some of the offseason ratings changes take place here. Since there is no real way to see how a player has improved or declined when they aren’t actually playing baseball, why not have spring training reflect any progression or regression?

Another interesting facet of spring training is managers and teams trying players out at new positions. Much like the NCAA Football of old, this could be a time to mess around with position changes to see if one player fits better at a new position.

Baseball has always been the most lucrative sport for players at the top of their game, but MLB: The Show still hasn’t been able to properly emulate the flow of controlling a major-league budget. MLB: The Show 16 was a nice step forward in this regard, but the fact of the matter is there’s no real urgency to manage your budget in any kind of frugal way. Contracts are also far more nuanced than they used to be, as players look to join powerhouses or stay close to home. Sometimes they’ll even look to join a specific manager or teammate. Whatever the case, there’s so much depth to free agency in baseball, and MLB: The Show capturing that depth would go a long way in keeping players hooked in the offseason.