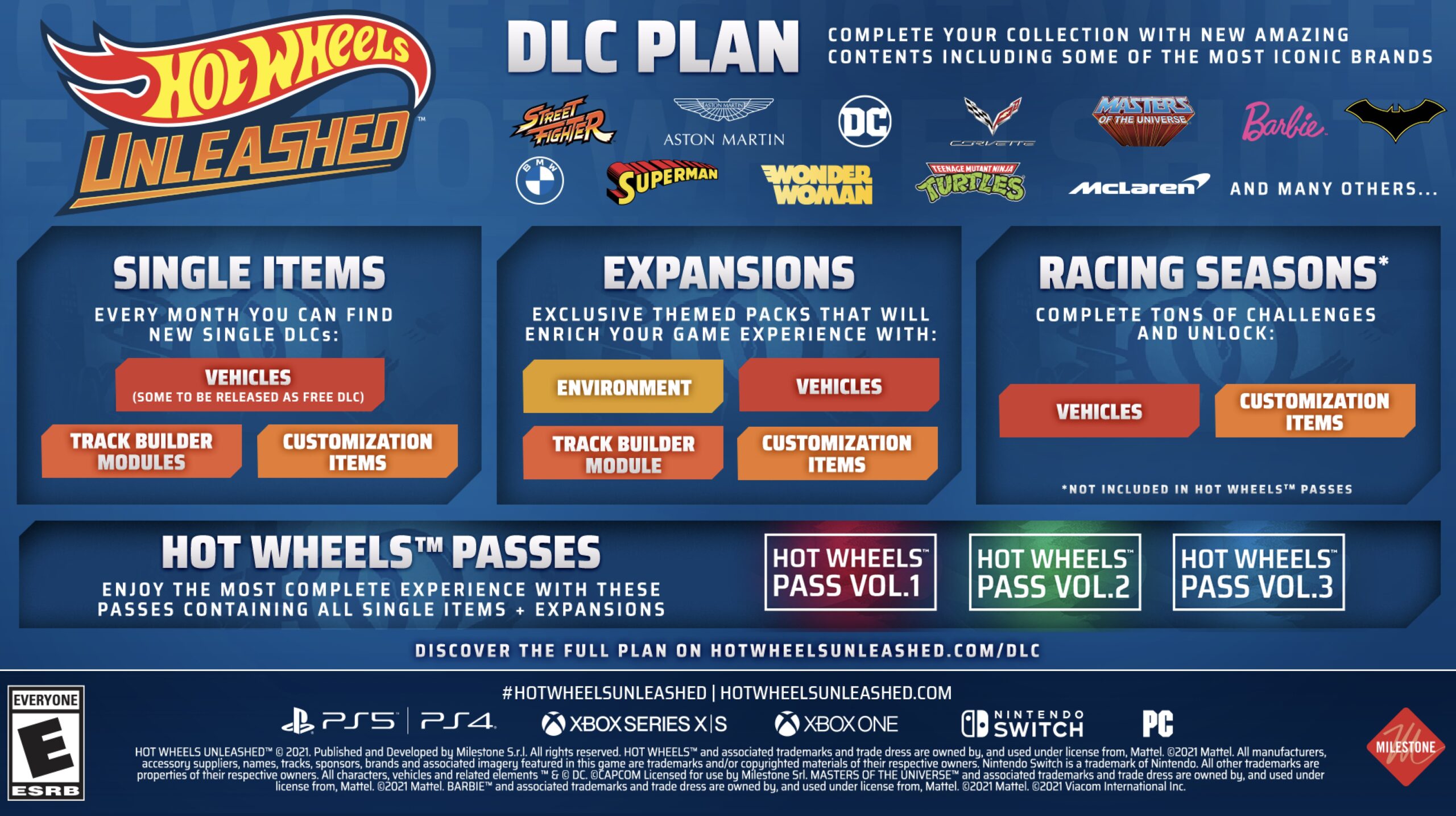 Mattel and Milestone have revealed their post-launch plans to unlock ongoing special content for Hot Wheels Unleashed. Three Hot Wheels Passes will unlock a set of special DLC content from Hot Wheels originals as well as from Barbie, DC, Masters of the Universe, Street Fighter, Teenage Mutant Ninja Turtles and OEMs like Aston Martin, BMW, McLaren, and many others.

Hot Wheels Pass Vol. 1 will be available at launch and includes 10 vehicles coming from brands like Barbie, DC, Street Fighter and Teenage Mutant Ninja Turtles, as well as three customization packs and three track builder modules. It will also include a Batman DLC expansion from DC. Details on Hot Wheels – Batman Expansion and Hot Wheels Passes Vol. 2 and Vol. 3 will be announced at a later date. Make sure to check out the official website for more details.