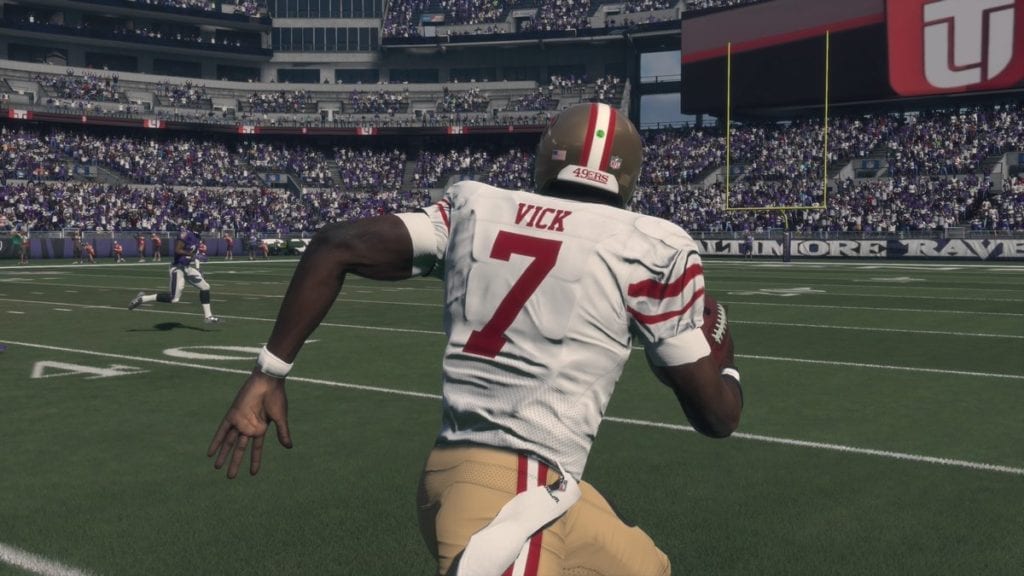 We all remember. The year was 2003 and Madden NFL 2004 was sent out into the world with a built-in cheat code. This wasn’t some random press of buttons, or some password that you entered on a certain screen. No, that cheat code was plastered all over the cover of the game. That cheat code was Michael Vick. 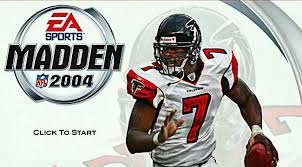 On par with Mike Tyson in the classic Mike Tyson’s Punch-Out, Michael Vick was impossibly difficult to deal with. 95 speed on a running back was tough enough, but a quarterback? Paired with 98 throw power, 97 accuracy, and 92 elusiveness, he was a player that would lose you friends if you picked the Falcons.

Since the rise of Ultimate Team, complaints have turned into rabid nostalgia. Players building their dream squads became hungry for the return of the legendary 2004 Michael Vick, dreaming of running around the field chucking bombs and breaking ankles. Well, EA has decided the time is right for MUT in Madden NFL 18 to finally see the return of Michael Vick. Has the legend returned or will he be a shell of his former self? Let’s find out with a review of the maxed out 93 overall version of Michael Vick.

Speed: The first thing that leaps off of the screen is the 92 speed making him the fastest QB in Madden NFL 18’s Ultimate Team. This level of speed will outstrip quite a few elite running back speeds as well. In MUT this year, mobile QBs are all the rage and Vick is about as mobile as they come.

Throw Power: Hitting those streaks down the sideline won’t be any problem for Vick. With 94 throw power, he has an absolute cannon. He can hit an out route or gun it to the deep post. In MUT, having a rifle is definitely an advantage.

Throw on the Run: Here’s where the nightmares of 2004 Vick start to return. In Madden NFL 18, throwing on the run is an important trait to have in MUT. A lot of games see the QB rolling out of the pocket to avoid the rush and threaten with the QB running. Vick has a phenomenal 93 throw on the run rating making him the ultimate dual threat. 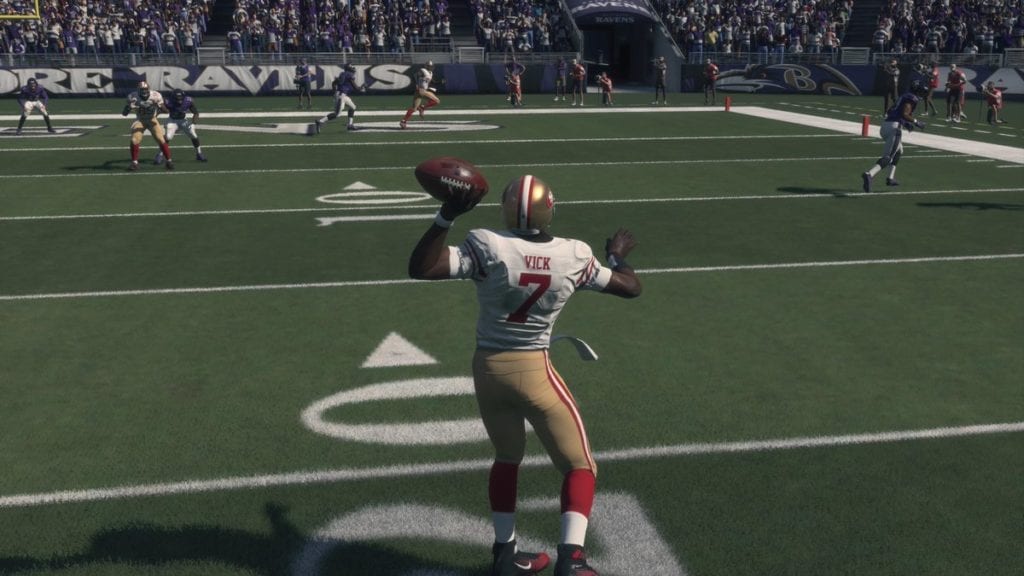 Other Strengths: 93 acceleration and agility paired with 92 elusiveness and the previously mentioned speed allow Vick to be so much more than just a straight-line speedster. He can turn on a dime and with a 92 juke and 90 spin move, he will be breaking plenty of defenders down on the run. Pairing 86 deep throw accuracy with his throw power makes Vick a pretty monstrous deep threat as he will be able to place the ball on the money deep.

Short Throw Accuracy: It’s not all roses with this year’s version of Vick. His short accuracy is a paltry 80 overall. Players should be careful when throwing quick slants or WR screens as the danger of a wild throw is readily apparent. Vick seems tailor made for a spread scheme, so it may be trouble for players who run a west coast game managing style.

Medium Throw Accuracy: There’s starting to become a noticeable trend when accounting for Vick’s 83 medium throw accuracy. For the sake of balance, EA is making Vick a big play machine, while seemingly limiting his ability to play a ball-control style. While his medium accuracy isn’t terrible, his superior deep ball makes it all too easy to stay away from those 10-20 yard throws altogether.

Play Action Passing: Play action will not be Vick’s bread and butter with an 80 overall rating in the category. Defenders will not be fooled by Vick when faking the handoff and dropping back. The exception to this will be on roll outs and bootlegs. While he may not get defenders to bite on the play action, his legs will help mitigate free defenders rushing at him and allow him to put his excellent throw on the run rating to use.

Other Weaknesses: With a 58 strength and 49 trucking rating, Michael Vick is very much a glass cannon in Madden NFL 18. Paired with a pedestrian 78 carry rating, Vick will be fumble prone if defenders can lay a hit stick on him. His elusiveness certainly helps, but no one avoids every hit stick attempt. 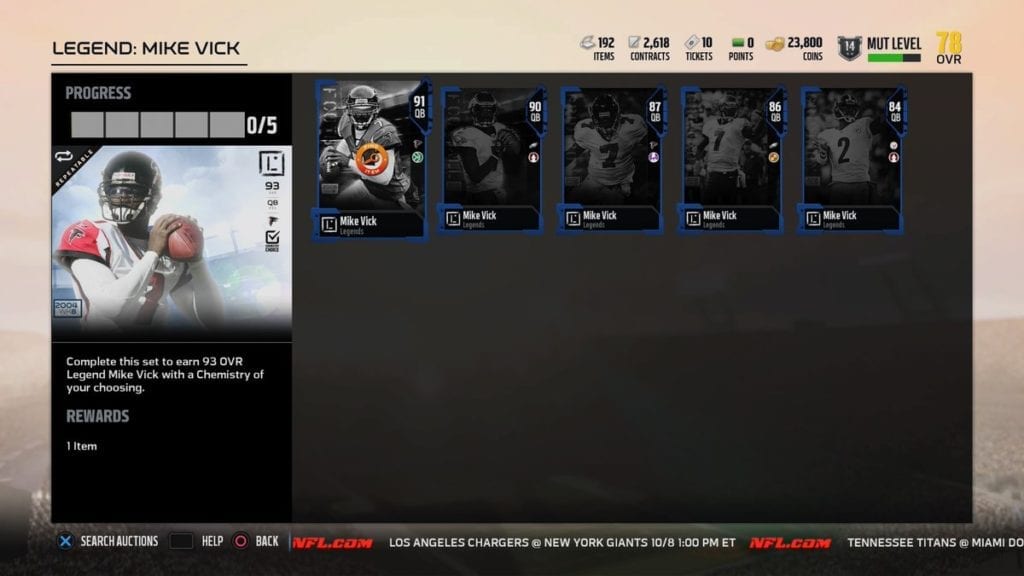 In the age of online competition, it seems that EA is much more aware of competitive balance. Legend Michael Vick in Madden NFL 18 isn’t quite the cheat code that he was back in Madden NFL 2004. While possessing similar speed, elusiveness, and throwing power to the 2004 version, his short and medium accuracy have been toned down to keep him from being completely overpowered. He will also not be doing any Jerome Bettis impressions with his low strength, trucking and carry rating.

All that being said, this year’s version of Michael Vick in MUT is still a fantastic card to have. He’s still a speed demon with a rocket arm that will make your opponent frustrated. He can throw on the run and is insanely elusive outside the pocket. He may not be quite what he was, but he’s still more than enough to be a game changer in Madden Ultimate Team.