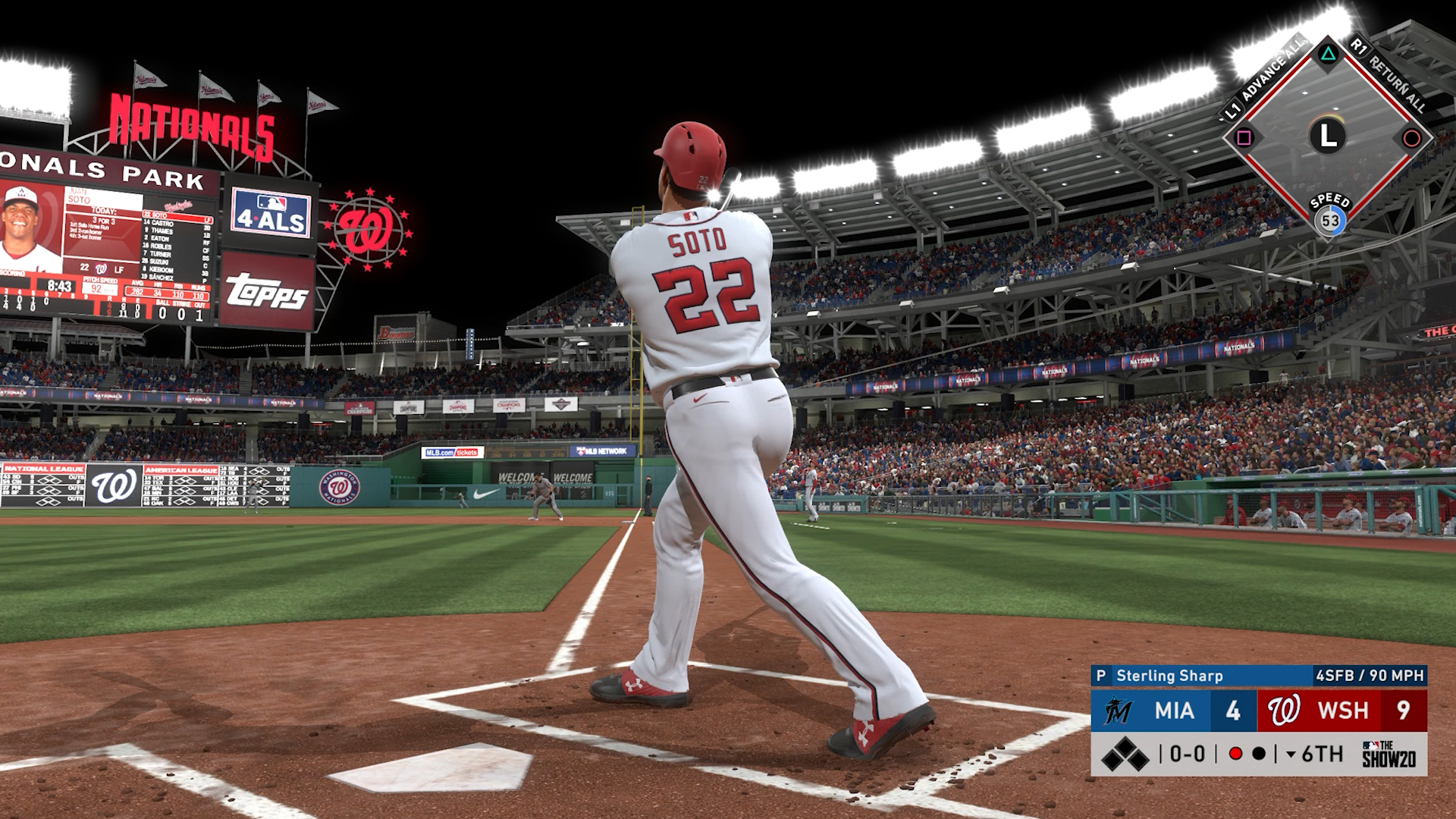 I started off the NL East with the New York Mets. Why didn’t I start with the World Series champs instead? Well, frankly, the Nationals home run swings are just not as interesting to me. The Nationals have superlative top-end talent, but it’s not really focused in the power department. Plus, Anthony Rendon is now on the Angels. It leaves a rather small pool of players to look at right now — and would be even smaller if we only looked at the top players on the team. So while I suspect Victor Robles and Carter Kieboom could certainly end up here soon enough, we only have one “star” to look at for the Nationals right now.

That being said, of course, I’ll cover more than Juan Soto below.

Analysis: Soto received a lot of signature attention this cycle. He has a home run swing, a home run celebration, and if you’ve played against him in the game, you probably know how infuriating it can be to watch him talk smack to you after taking a pitch. The home run celebration is perfect as he taps his chest once and then claps to the sky as he crosses home plate.

However, his home run swing, and swing overall, is not quite there. Soto is a little tricky by default because his swing itself has a couple variations. He will sometimes get a little lower in his stance and dig that right foot into the ground as he does in both the clips above. However, he also sometimes keeps his right foot a little closed and stays a little more up on his toe rather than putting his whole foot flat on the ground. I don’t expect SDS to capture both versions of his setup, but the swing is not spot-on either. Soto’s stance is a little too upright and open in MLB The Show 20. On top of that, the toe tap to load is not as pronounced in real life as it is in The Show.

In addition, his home run follow through is not accurate enough. There are certainly home runs where Soto keeps both hands on the bat through the whole swing, but by and large he uses a one-handed follow through like you see in the real clip. A lot of left-handed hitters have a somewhat similar finishing element to their swings on pulled home runs. Their chest opens up and they let that one hand chill on the bat while being impressed with their swing for a moment.

Soto clearly got plenty of love in MLB The Show 20, but he could use even a little more.

Analysis: Eric Thames is known for hitting dingers. So it makes sense that he gets a home run swing and celebration. SDS mostly gets it right here. His stance could be opened up a bit, and his toe tap to load is overly pronounced, but the follow through is really solid. Thames will vary a bit on how much he really accentuates the follow through after connecting, but the point is to get that slight lean back after the upper cut, which is there.

The celebration is almost perfect as well. SDS has the double fist tap, but he tends to then tip his cap as he slams his foot on home plate, which is not found in the SDS version.

Analysis: I’m gathering that toe taps are probably a little bit annoying to mo-cap. Again, the toe tap on the load is really the only thing that stands out here as an error. He has a bigger leg kick/toe tap to load in real life (usually) than he does in the game.

In the real MLB highlight, Castro’s front foot gives a little more than usual on the follow through (probably because he absolutely destroys the ball here), but usually you’ll see him sort of go up on the side of the heel into the toe like in The Show clip. Getting that toe portion right on the follow through is the real signature aspect, and it’s why I give SDS bonus points on this one.

Otherwise, not much else to add here so it’s good work.

Analysis: I originally didn’t include Zimmerman. It’s not because I don’t think he’s worth it, but it’s just a little past the prime years of hitting 30-plus bombs for him. Plus, his home run swing is not really consistent. The swing itself is consistent, but how he follows through and celebrates varies quite a bit. I’m going to mostly leave the grading portion for that aspect incomplete as I think SDS has a perfectly valid version. However, the stance is a little out of date. Zimmerman is not as upright anymore, and his hands are kept out further in front of him these days, while in MLB The Show 20 he’s still rather rigid. That being said, he has the same exaggerated leg kick so here’s one leg kick SDS still has nailed down.

Trea Turner, Asdrubal Cabrera Howie Kendrick, Kurt Suzuki and Adam Eaton were all conceivable, but none really stuck out to me as having signature swings. On top of that, those guys are either past their prime or not big home run hitters anyway. This is not me saying some of their stances aren’t in the game, but the home run swings just didn’t seem to be worth analyzing. Again, I’m sure players like Robles and Kieboom could end up here soon enough.

I’ll be back tomorrow with the Atlanta Braves, which is going to be a fun one as we get our first switch hitter in the series.