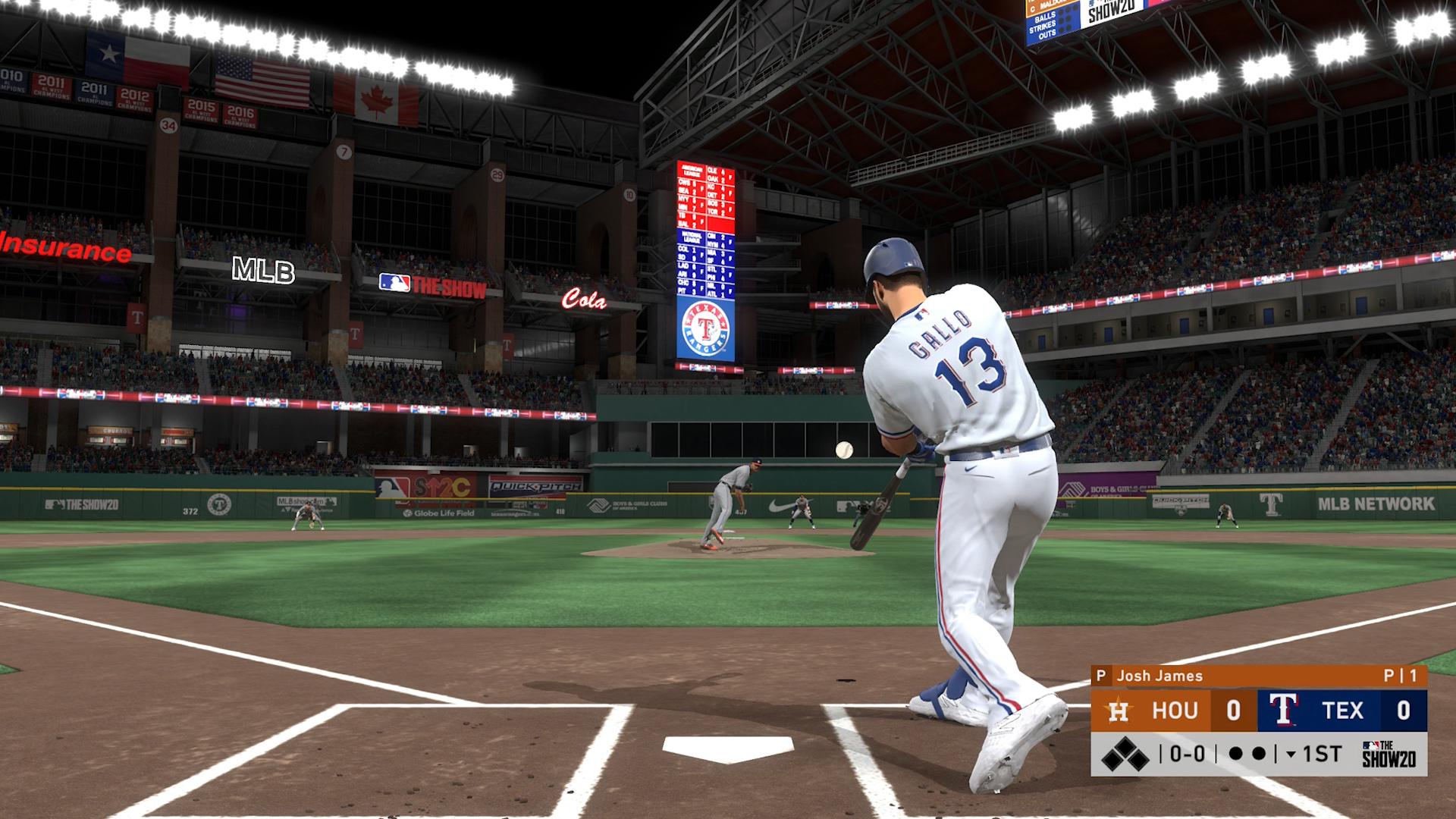 The Houston Astros were reviewed yesterday and it’s going to be hard to top that set of reviews because SDS did a great job with the signature swings of the Stros. That being said, let’s try to end on a strong note here with the Rangers home run swings.

This is team number 30 out of 30 so this will be the end of this series as well. I want to thank all of you for reading these reviews and hope they can be used as a good reference point for future versions of the game as we push for more accurate signature swings and celebrations.

With that being said, we have six players in total to cover here for the Rangers — one is a switch hitter — and two custom celebrations to grade as well.

As for the celebration, what’s here is true to life. He does a hand to his face, then to his chest, then claps the hands, and then points to the sky with both hands. Perfection.

Analysis: Just some minor complaints here for Shin-Soo Choo that add up to bring down the grade a bit. First off, the bat placement needs to be altered so the bat is more perpendicular to his body. From there, the leg kick needs to be increased. After that, the follow through needs to stop shorter rather than having the bat wrap around his back.

Analysis: With Willie Calhoun, it’s again small things that add up. First off, he needs to choke up more. From there, he needs to be hunched over a little more and be up on the toe of his front foot. After that, the lower body needs to be less rigid so you can see Calhoun really putting that lower half into the swing as he rips the bat through the zone.

Analysis: With Odor, the main thing to nail is the disdain he has for both pitcher and ball after hitting a home run. That is on full display here as he plants the bat in the ground and slowly walks out of the box using that bat like a cane. On the negative side of the ledger, his back should not be so straight and instead should hunch a little more over the plate. On top of that, the leg kick could be a bit bigger.

Analysis: Santana has a very simple swing, and so it’s mostly accurate here. The two issues both have to do with the front foot. He really doesn’t even do a leg kick, and after the swing, he comes up on his front heel more than is shown in The Show.

Analysis: Again, using the mirror swing from the left side is fine here because there’s not much variety to Santana’s swing from either side. The leg kick could be lessened a bit once more, but the follow through works better here since he doesn’t usually come up on his heel as much from the right side.

Analysis: The Toddfather will be our final review, and it’s a mostly positive final note. I don’t really have any major qualms with the setup or the swing itself. The follow through is where I have a minor nitpick because I think Frazier overextends in The Show. His follow through should more just come around his chest rather than wrapping up higher around his neck and head before coming behind his body.

The celebration is both accurate and outdated I believe. The tip of the cap coming around third is the big thing to get and that’s here. He also does something else in The Show where he taps his chest twice and then near his eyes twice. I don’t believe he does this in real life anymore with any sort of regularity so maybe it’s just something that Frazier did during a prior season.

Again, thanks for reading everyone and hope you enjoyed the series!

MLB The Show 20: All 30 Team Affinity Stage 3 Face of the Franchise Cards (Ratings and Quirks Included)
MLB The Show 20 Diamond Dynasty Packs Sale: All Packs 50% Off Until July 7