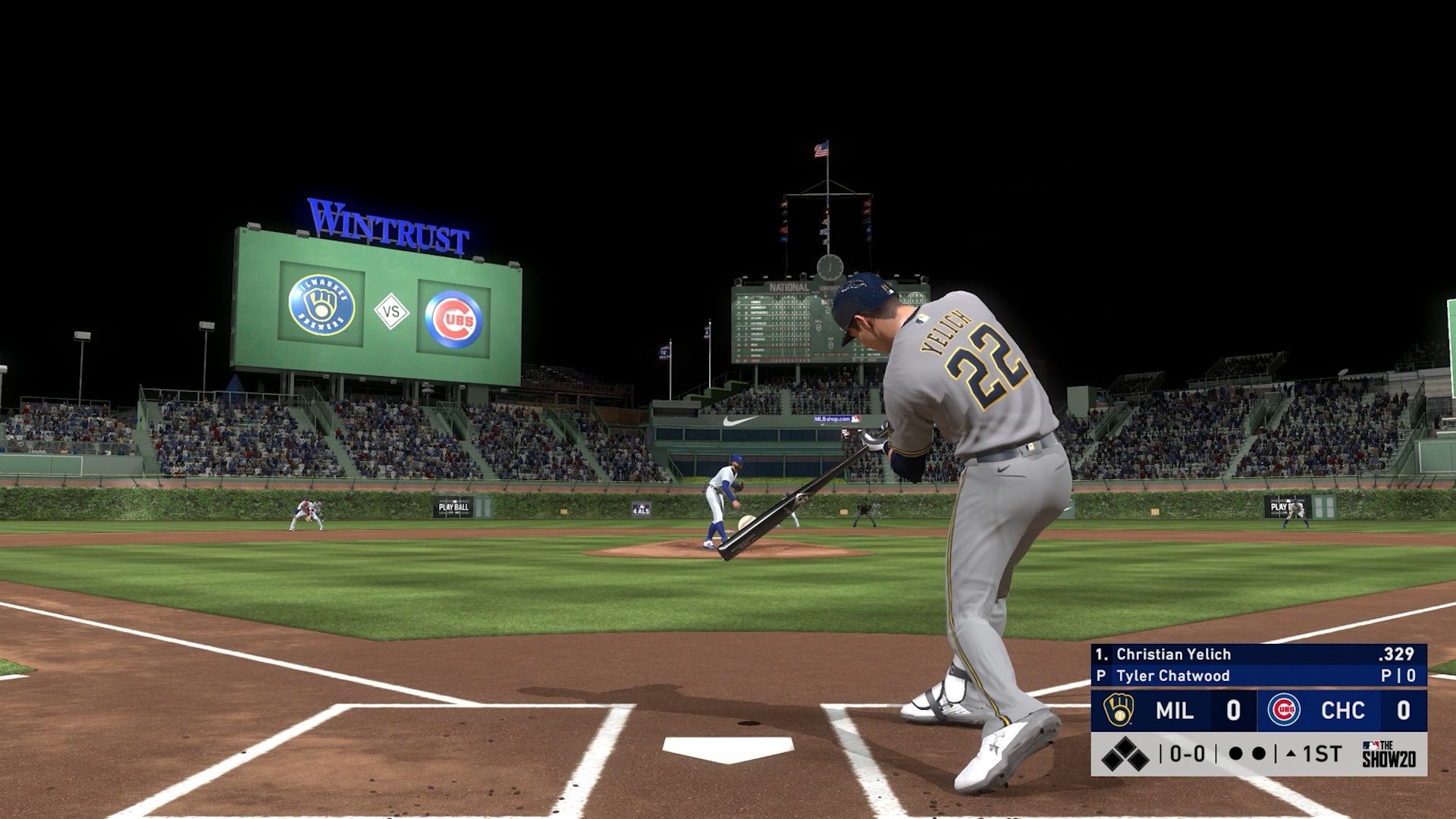 With the Cincinnati Reds reviewed, we have two teams left to cover in the NL Central. First up, I will be looking at the Milwaukee Brewers. The Brewers home run swings are a relatively easy bunch to go through. I will be covering four players, and at least two of the players should be obvious to most. Let’s do it.

Analysis: With Yelich, I think the hand placement is slightly off in that The Show could bring his hands a little closer to his body. On the swing itself, the leg kick could be a little more pronounced, and The Show could also have Yelich use his upper half a bit more to hunch down as he’s swinging through the zone. With the follow through, the two examples are slightly different, but that has a bit to do with where the ball is heading. In the MLB example, Yelich pulls the ball down the line so he extends into the follow through a little more and wraps the bat around his head, but I think The Show is being faithful by having him pull up a little short on the follow through while hitting the ball more into the gap.

The celebration in The Show for Yelich is a hug, which is technically credited to Yelich (in the edit menu) but it’s generic for the most part. It’s not set to him by default, and that’s accurate since Yelich does not do it every home run or anything like that in real life. Maybe he did it more often in the past and that’s why The Show leaves it in the game as an option.

Analysis: The hand placement in The Show could be tweaked ever so slightly but I would not deduct points for that. The only slip up I would mention is Braun does not quite get enough extension on the follow through as he swings in The Show. The leg kick is right, and the way his left foot points outwards a little on the swing is a very good touch. In addition, the way Braun quickly gets out of the box is accurate to real life as well as he doesn’t stare very much before dropping his head to jog the bases.

Analysis: The stance is open, but Arcia needs his hands placed lower, and more parallel with his chest and away from his body. The leg kick has proper height, but Arcia stays more open even after the leg kick in real life. The follow through is where things break down as Arcia really uncorks on the ball in real life, leaning back and going up on his back foot as he watches with a two-handed follow through. The Show isn’t even close to mimicking that, and I presume that’s because Arcia doesn’t have his own purely signature swing as of yet.

Arcia’s celebration is a little hard to see here, but it’s semi-accurate. In The Show, he does a double sign of the cross, then puts his hands together like he’s praying before pointing to the crowd. Basically, The Show goes a little more in-depth than Arcia tends to on most home runs. In real life, Arcia instead goes with a sign of the cross, then points to the sky before then pointing out to the crowd. I don’t have a big problem with the differences as, again, these guys usually tend to slightly re-arrange things on the celebration, but I think it’s fair to take some points away for it still.

Analysis: The only real complaint I have here is Avisail could be a little more twitchy at the plate. His front foot could come up and down a little, and he could use a little more bat wiggle. Beyond that, this is good stuff. His follow through is perfect as he’ll drag it out as he watches the ball fly, and the leg kick on the swing itself looks good. This is solid work, and Garcia has a simple but fun swing to mimic.

Orlando Arcia only had 15 home runs, but I included him because he has a signature celebration. Keston Hiura was left out because I went with Arcia instead (even though he’s the better hitter with more power so far), so I think it’s fair if you say he should have been included as well — I don’t believe Hiura has a signature swing in The Show regardless. Beyond that, Lorenzo Cain just doesn’t hit for enough power here to be included. I’ll be wrapping up the NL Central with the Pittsburgh Pirates, and they are also the team with the fewest representatives in this 30-team breakdown.