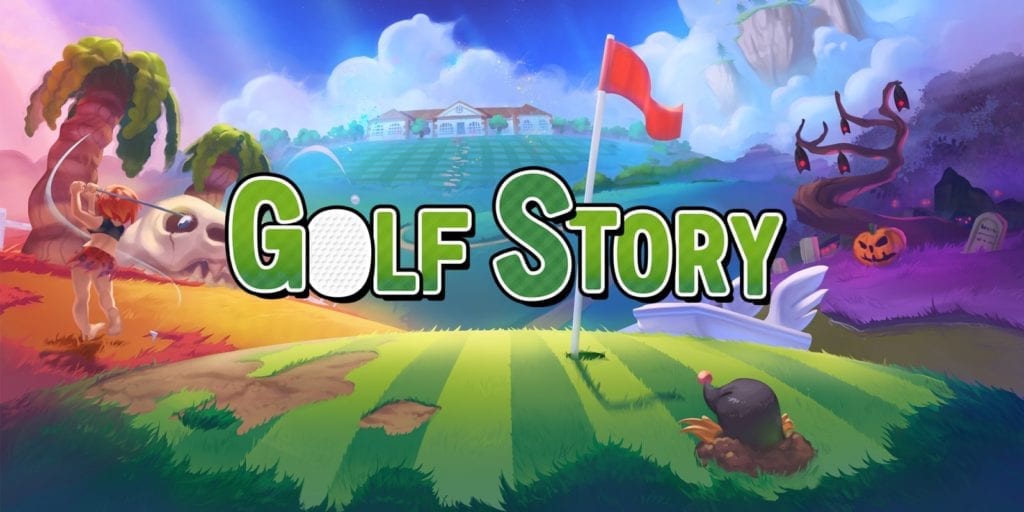 Even though mainstream games like NBA 2K18 and FIFA have found their way onto the Switch, games like Golf Story continue Nintendo’s pattern of showcasing unique games that can’t be found anywhere else.

Golf Story combines an 8-bit style Zelda game with traditional arcade golf. It’s all presented in a pixelated-style that evokes the glory days of the NES and SNES. While I appreciate the nostalgia, I find this look is becoming a little overdone. 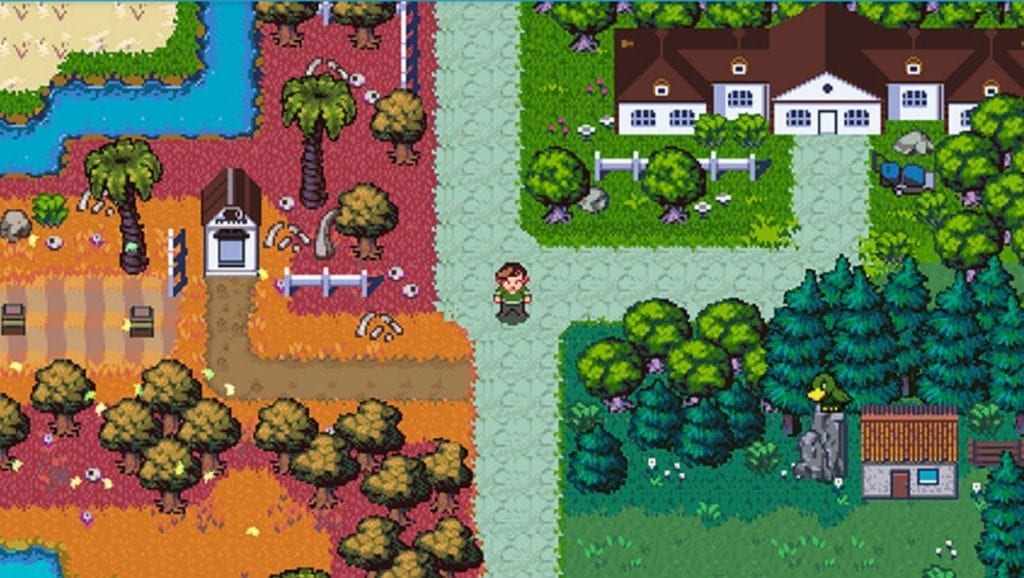 In this case, however, the golf is surprisingly deep, especially considering the Golf Story’s 2-D look. You have a full bag of clubs to use and can easily vary spin and stroke type. Even though the Golf Story uses the traditional 3-click swing input, it also give you tools to help measure precise distance.

Wind speed and direction, turf type and slope all combine to challenge your shots and strategy. There are also annoying — in a good way — animals who will steal your ball and deposit it in the nearest bunker.

Unlike Link’s journeys, Golf Story’s story is relatively small. You play as an amateur golfer trying to make it big to honor your father. The story is rather uninteresting and full of predictable tropes, like an oppressive greedy course owner and golfers who ridiculously overestimate their ability. Thanks to these and other boorish characters, I found Golf Story mostly humorless.

That said, there were the occasional subtle and dry jokes that made me chuckle. 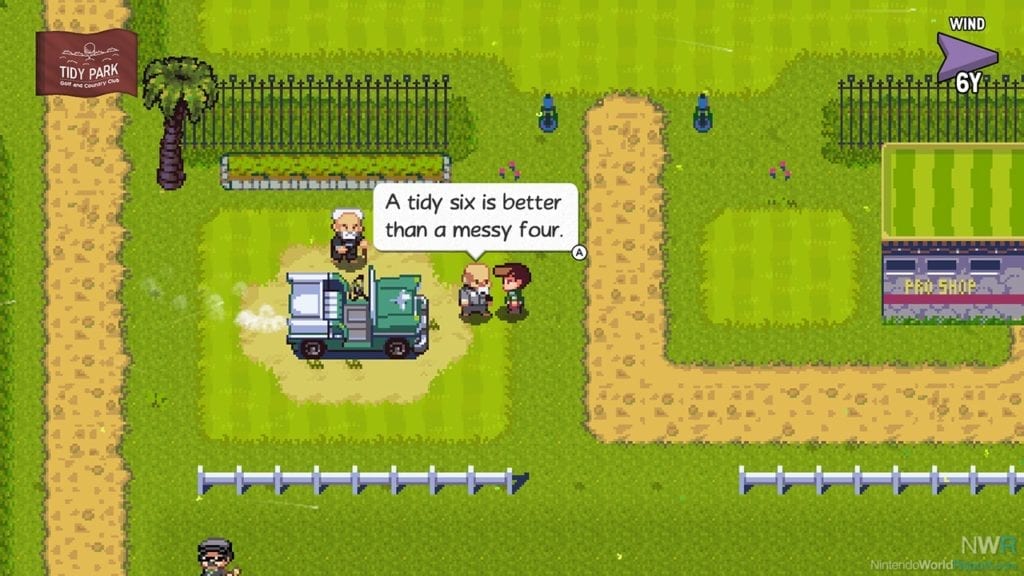 The Quests and Challenges

Unfortunately, the “quests” were just as dry, this time in a bad way, as you spend most of your time running around the course doing golf-like things. A lot of the tasks are simply hitting targets or playing a hole with artificial restrictions.

For instance, at one point I had to hit the cup without landing in anything but rough and the green. That was kind of fun, until the next character asked me to play the same hole, only using only bunkers. Then it was only deep rough. And so on. This repetitiveness was made worse thanks to having to listen the instructions with each attempt.

These challenges are some fun in short bursts, but don’t encourage you to play for long stretches. Hitting a ball into a zone in water to appease a turtle isn’t much different then hitting a ball near a large button to help a fellow golfer. Most of the quests offer little variety, and in fact, only seem to distract from the actual rounds of golf.

There are a few odd mini-game quests that mix things up, like a foot race around a course. But the over-reliance on weirdly situated driving and chipping challenges overshadow the really good ones. 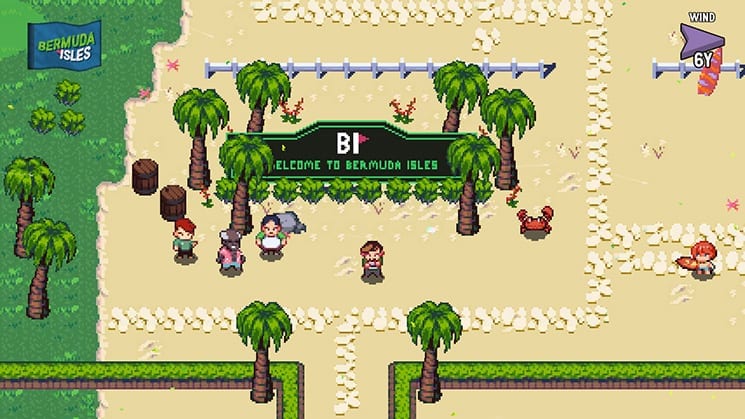 It Is Still Fun

Yet despite these complaints, I will say that Golf Story is fun. While the jokes don’t always land and the missions can seem pointless, Golf Story’s uniqueness makes these quibbles easy to overlook. Leveling up, earning money, and unlocking new courses and equipment are good hooks that counter the boring quests.

I also like that leveling up the Power skill reduces the effect of Spin and Accuracy, forcing decisions about how to specialize your character. And again, the deepness and smoothness of the golf gameplay makes all of this unique goodness mesh in an enjoyable way.

In addition to the namesake story mode, there is a quick play mode that allows multiple players to tee it up on a course of choice. While this is an expected inclusion, it loses its value if you aren’t playing with others.

Should You Buy It?

All told, Golf Story presents a unique and sometimes funny golf game wrapped up in a quirky RPG. The golf gameplay is surprisingly challenging and deep, while remaining accessible. I wish the story and quests were more interesting, but there is a certain charm that shines through even when laboring through a mundane driving challenge.