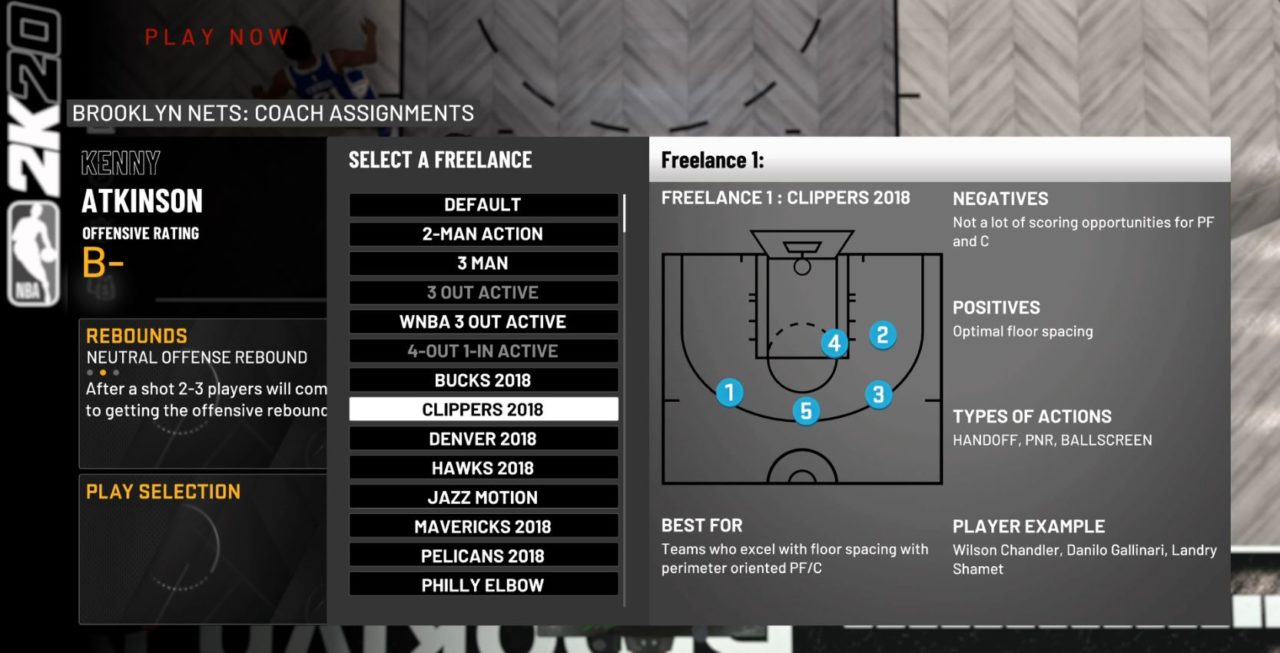 One of the biggest pet peeves that was called out early on with NBA 2K20 had to do with the alteration to how you called plays. In short, an extra step was added where you had to select positional playcalling from a sub-menu, and then call a play after that from the next sub-menu. That complaint has not gone away, but as an old man yelling at the clouds, this small change made me embrace freelance offenses a bit more.

I’m happy I made this change. For those who are unaware of freelance offenses, Sam Pham breakdowns freelances on YouTube from time to time, and his latest video above was what stirred me to write this up real quick. Sam Pham sometimes loses me when he dives a little too deep into the “cheese” of 2K, but these are my favorite sorts of videos he does.

The freelance offenses in NBA 2K have become more varied over the years, but more importantly, they’re starting to become more dynamic.

Most of the time I still leave my coach playcalling on auto so I get a play each time down the court if I want it, but it’s been nice to now be able to turn that off from time to time depending on what freelance offense I’m running. For me, it was a crutch in the past to have a play called each time down the court because I simply wanted to get into a set and have some semblance of spacing. However, I know it’s not very realistic for NBA teams to be running designed plays each time they’re in the halfcourt, and these freelances are the beginnings of getting us closer to that more realistic reality.

(Side note: I wish these freelances were always set correctly for your team in online games, as well as if you select a team’s playbook in MyTeam that has a corresponding freelance that goes with it. It’s easy enough to press pause and change it real quick before an online game starts, but come on, I’m old and my fingers hurt and I don’t want to do that.)

There are still very clear “favorites” with these freelances in terms of which ones are liked by the community, but most of them do have their place in the game. It’s just that you have old-style freelances coming up against more new-age, five-out offenses, and you can guess which style users (especially online ones) tend to lean towards. That being said, there are even tiers to the five-out offenses. The 2018 Bucks freelance is as five out as five out gets, but it has fewer useful branches than the Hawks or the Clippers freelances to me.

As Sam Pham’s video shows, certain offenses also alter their spacing depending on where you start on the court. This is a great touch, and again, it’s something that the 2K development team has done great work with and should continue to improve as we move forward. What’s cool as well is that people are even finding random little uses for various freelances. For example, online players have noticed that using the “WNBA 3 Out Active” offense is actually a solid 2-3 zone buster this year. 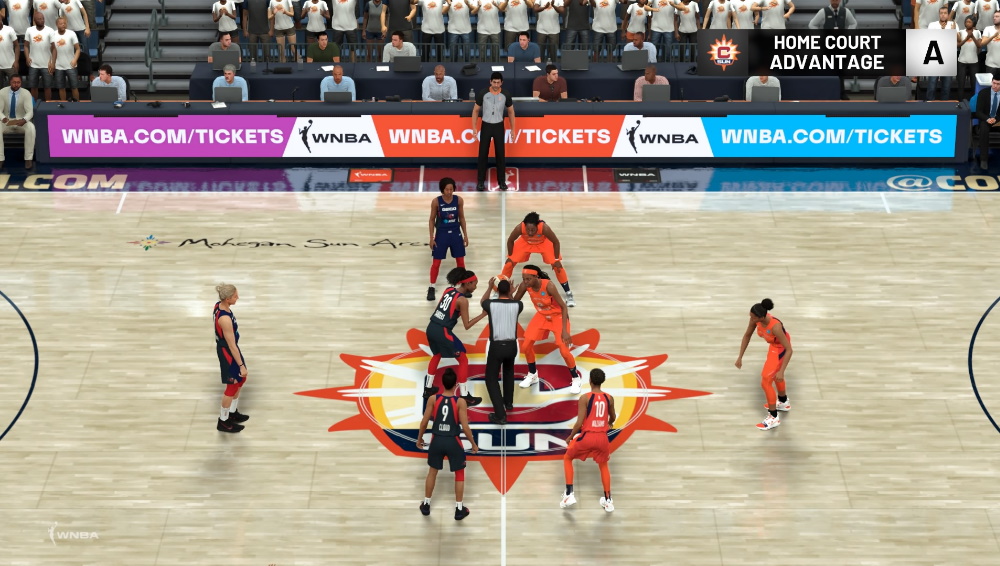 We’ll continue to find new uses for these freelances this season, and I’m sure many more videos and tutorials will be made on how to best utilize them. I’ll be watching them and sharing any others I think are cool. As a final note, this portion of the game is a testament to how much NBA 2K developers do under the hood, even if they don’t explicitly tell us about it each season. Oh, and I just want to shout out that I think it’s great that the freelances — and most of the other elements in “coach settings” — are better explained this year. This has been sorely needed for years, and it helps clarify things for the more experienced of us out there in the community while also being a helpful tutorial for the more uninitiated.