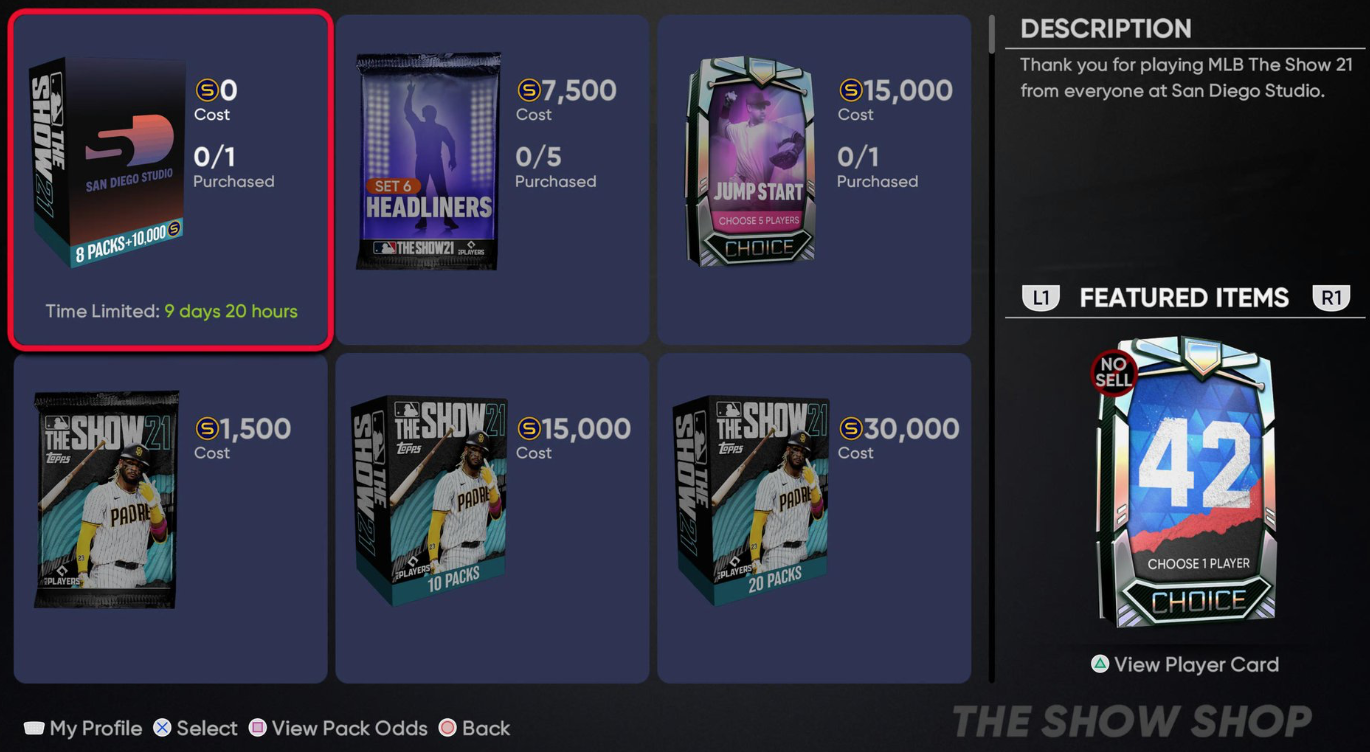 As the team continues to work on the server stability and performance issues for MLB The Show 21, San Diego Studios has offered up a free Thank You bundle as a small gesture of appreciation to the community.

The Thank You bundle includes the following:

In order to get the bundle, you will need to go to Diamond Dynasty mode. Once there, go to the Shop, then to Packs, Buy Packs. From there you should see the free bundle. You have until May 17 to redeem the bundle.

Just make note the 42 Series and Diamond Ballplayer stuff is unsellable, so just pick what you want, not what has the most value 🙂 https://t.co/cEpVaxJgQn

The patch released earlier this week included a server side update and the team has seen improvement and stability since it was deployed. They will continue monitoring the situation.