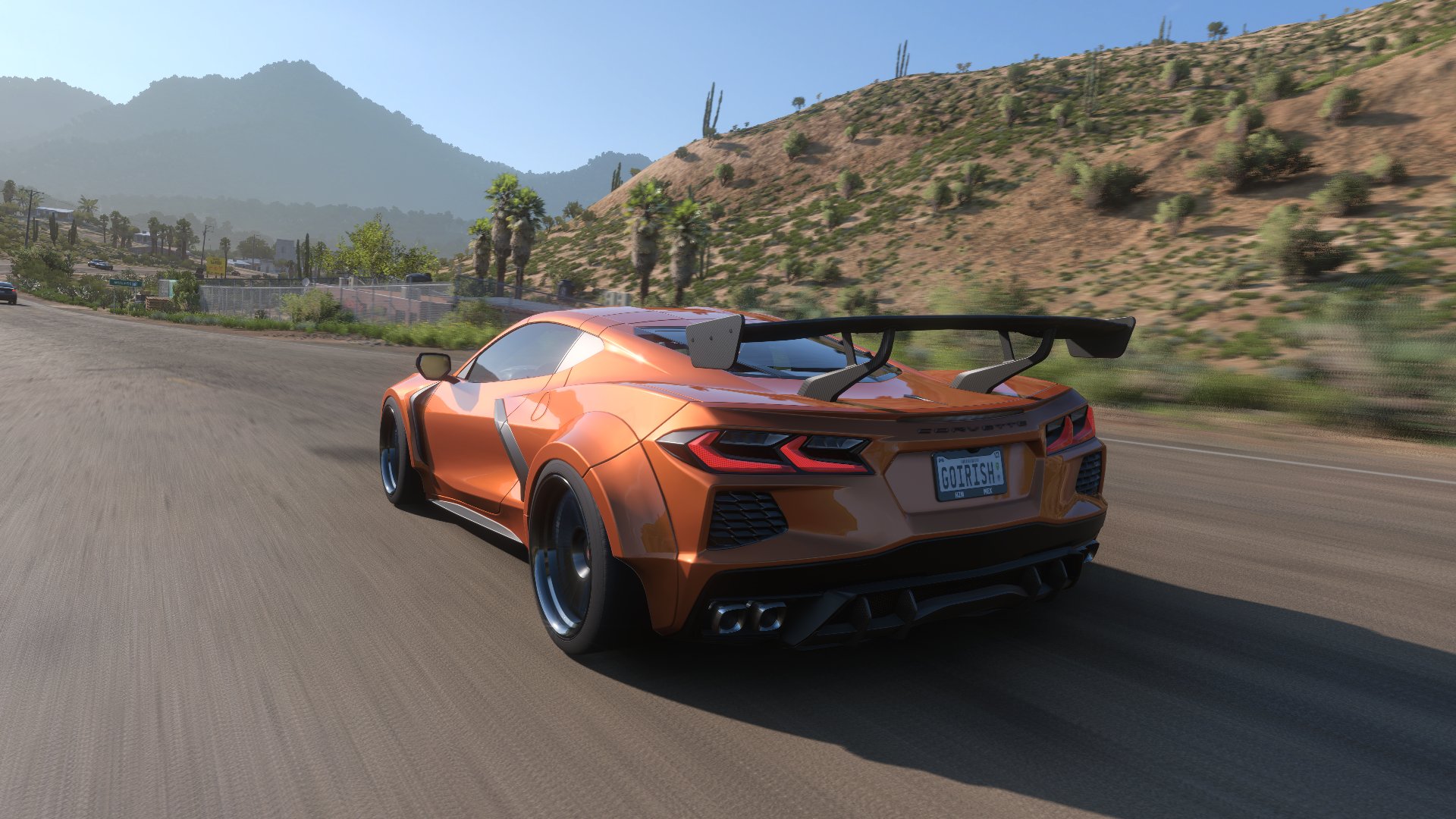 Turn 10 Studios and Microsoft Games have built themselves quite a reputation on the backs of the Forza franchise with seven Forza Motorsport releases and now the fifth Forza Horizon game. For me, the Horizon franchise has always delivered an amazing experience — some a bit more amazing than others — by bringing a high level of fun, accessibility, and longevity to the world. Turn 10 Studios is looking to keep that trend going with Forza Horizon 5.

While the expectations are high, the chances of hitting a high note five releases in a row is a tough task for any developer. What makes this goal even tougher is the fact that the Horizon storyline never really differs from one iteration to another. Sure, the locales, characters, and vehicles change, but the path it asks of the user is relatively similar.

With all that said, let’s get into my Forza Horizon 5 review and see if Turn 10 was able to work its magic one more time. So, what happens when you take the same style of racing, drifting, off-roading, and alternate travel and keep using that same foundation from one version of a game to the next? For developers who understand how to continuously add features, tweak styles, and refine the control scheme, it can work wonderfully, and that’s how it plays out in Forza Horizon 5.

If you have played this series from the beginning as I have, the control scheme feels comfortable and reliable. At its heart, the Horizon series is a sim-cade that leans heavily into the arcade aspect. Once you understand how different cars react to different surroundings in the Forza series, you can start to tweak your driving style and car upgrades to match the challenge at hand. Forza Horizon 5 sticks with this recipe and adds a dash of this and a sprinkle of that. In short, the driving and racing feel as good as they ever have.

If you’re new to the series, you will learn that Forza Horizon 5 requires you always have control in these crazy and chaotic moments, and sometimes that is easier said than done. The series continues with the idea that there isn’t just minimum and maximum, but rather true nuance to the control system. It asks you to understand how to ‘feather” both the brakes and accelerator, often at the same time to optimally navigate the current path in front of you.

Forza Horizon 5 throws so many varying locales at you that to master them all is a difficult task, but half the fun is finding out how to have complete control while being completely out of control.

With Forza Horizon 5, some of the most fun comes from being saturated in the culture of wherever the newest iteration takes us. In this case, we find ourselves steeped in the heart of Mexico, and the definition of “heart” changes from race to race. One race you find yourself traveling with heart-pounding ferocity through the jungles of Mexico, the next you are street racing in the heart of the city or navigating ancient ruins. If that isn’t enough, how about traversing the mountains and hillsides littered with obstacles that can instantly alter your race.

Forza Horizon 5 delivers a massive, open-world map that covers miles and miles of alternating scenery, and each region feels vastly different from the others. The one thing that never changes in Forza Horizon 5 though, regardless of the location, is the breathtaking scenery and graphics being so real I can almost feel the sweat dripping off my forehead from the jungle humidity and unrelenting rays of the sun. What Turn 10 studios has created here is a playground for us that is nothing short of spectacular. From the lush greens of the forest or jungle to the neon lights in the city night, the transformation from one region to the next feels vibrant and alive. 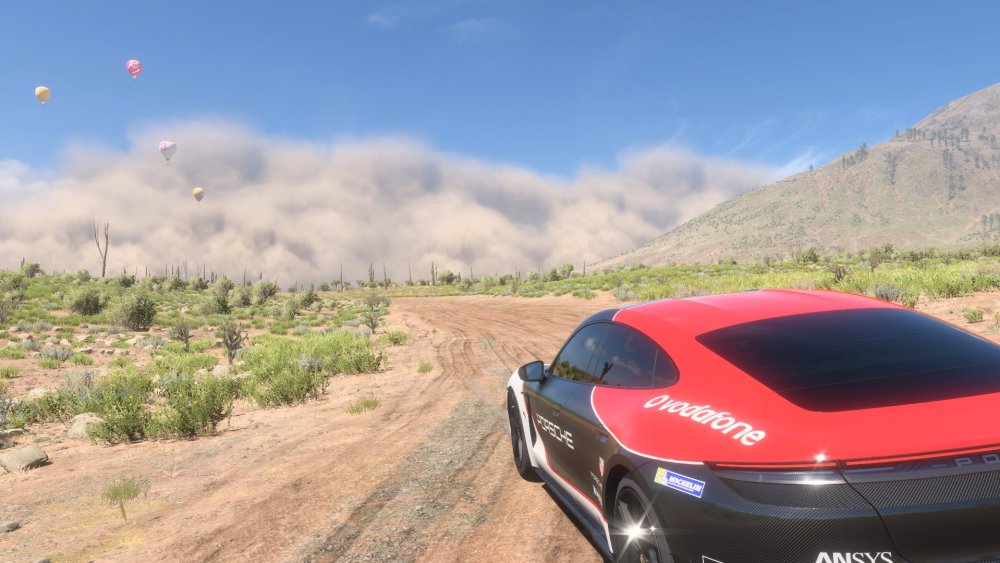 In the end, locations in Forza Horizon 5 are places and locations that I want to live in, play in, or at the very least vacation in (assuming all the cars come with the vacation package). It’s an interactive vacation that I get to go on every time I fire up the game.

While the story is short and sweet — and may not contain the depth that many are used to from this series — it is told in a way and unfolds in a way that does just enough. The story here is not the words from an AI character, a mission that you accomplished, and it has nothing to do with the number of cars you collect. 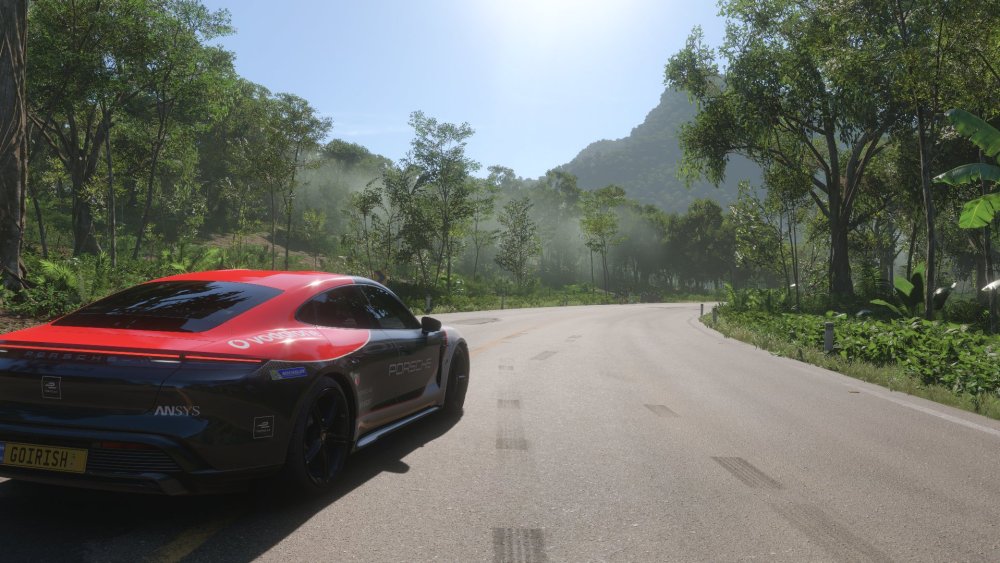 No, the real story unfolds not in words, but in the environment itself. Forza Horizon 5 offers the ability to get lost for hours at a time while delivering an experience that feels like it plays out in a series of minutes. That level of immersion is very rare, but for Forza Horizon 5 it is very real.

Forza Horizon 5 offers up hundreds and hundreds of vehicles. And much like previous versions of this series, the wide array of choices and options when it comes to car selection is almost staggering to try and consume. 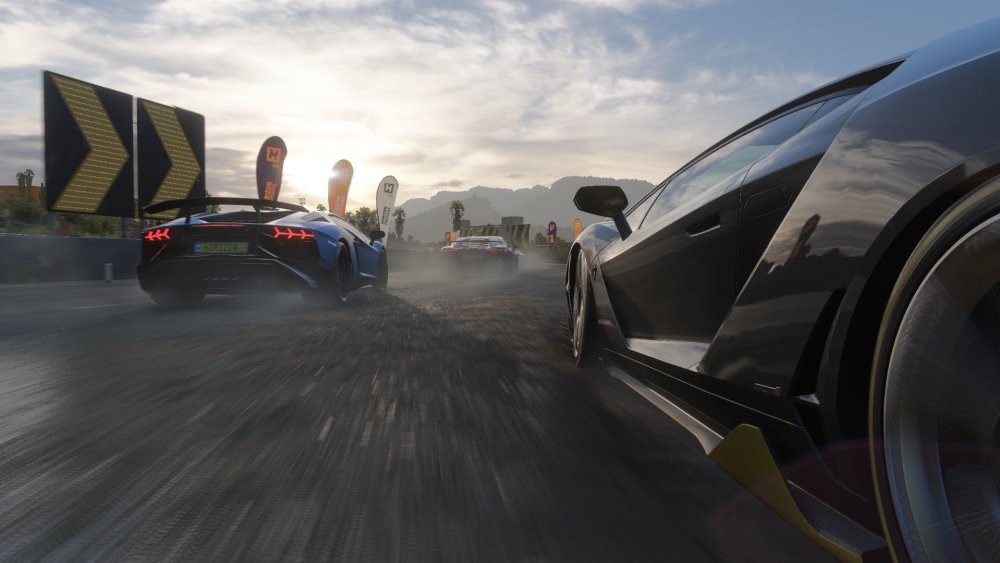 To add to the impressive number of vehicles available is the level of painstaking detail that has gone into each individual car.

The vehicles have always looked incredibly impressive in Horizon, but now backed by the power of the Series X, it’s a whole new game. It’s one that had me constantly pausing to look at each incredible digital reproduction, and it bummed me out when I ruined the aesthetics in a spectacular crash.

It is not all about the looks either, and as I mentioned in the “controls” section of this review, it is the handling and how each car reacts so differently on varying surfaces that adds even more here. 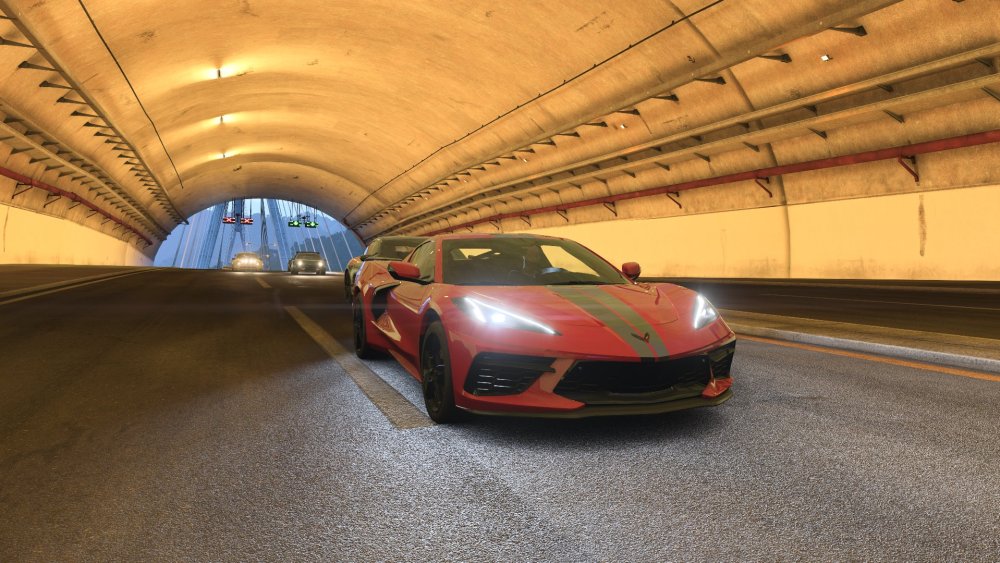 The combination of all the locations and vehicles is something that just works so well, and the combo made my experience playing Forza Horizon 5 an extremely addictive one. Even now after writing all this, it still feels like I’m understating the impact of the experience.

With Forza Horizon 5, it finally feels like the developers have given me enough freedom to play the series how I want. Now, for those who are familiar with this series and would consider themselves veterans of the Forza Horizon series, you may feel like this series has always done that — and in a way you would not be wrong. 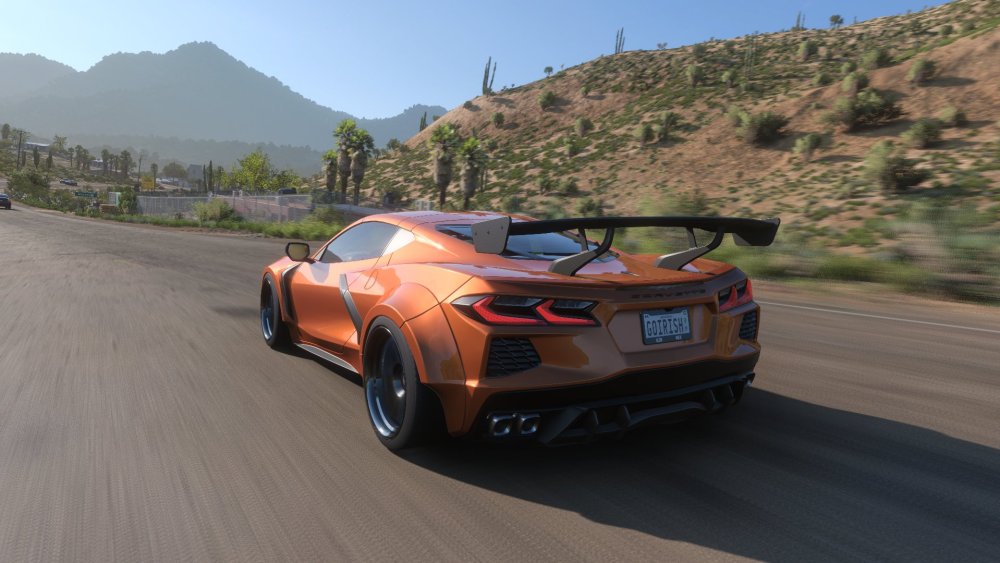 Regardless, my favorite aspect of Forza Horizon 5 is the simplicity with which everything is delivered to me on my time, in my way, and I’m the one who dictates how it plays out.

Being completely transparent, I have seen complaints about a weak storyline that lacks any real depth, but for me, that is where the real magic exists within this game. True, the character development is a bit late, but I was able to digest that in a positive manner because it felt like the character development focus was on me and my enjoyment of this beautiful world.

I find very little enjoyment in predetermined storylines that lead me down a linear path with very little room for my choices in how I want to see scenarios play out. 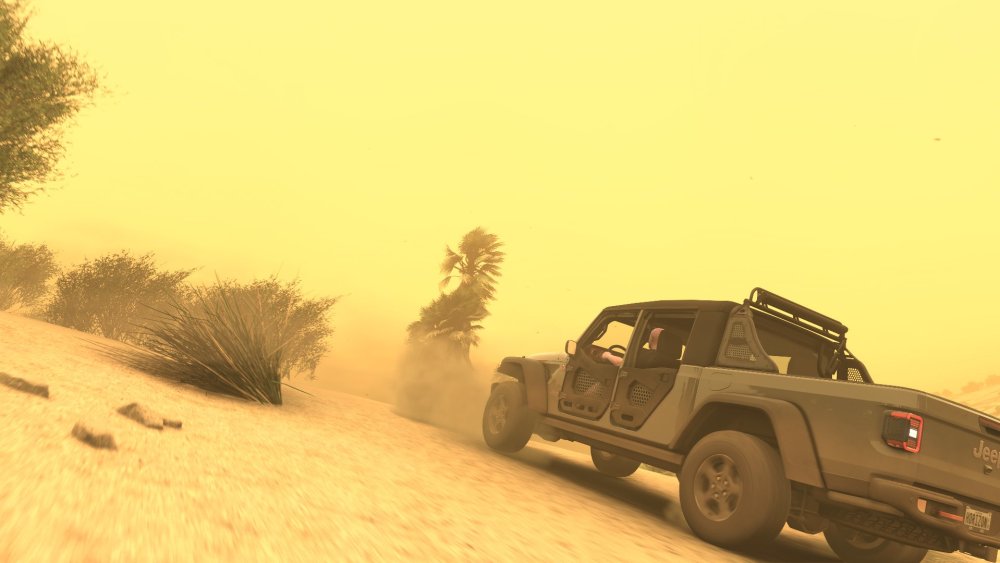 Finally, Forza Horizon 5 lets me determine how it all plays out and does so with sincerity. It seems like such a simple concept, but very few developers know how to do this, or better yet, understand how to implement it correctly into a game.

The developers at Turn 10 have nailed this aspect, and while some may have wanted a storyline with more branching depth, I will take the freedom to roam, freedom to play, and freedom to decide over some saturated storyline every single time.

There is so much to love with Forza Horizon 5, but as with any game, it’s not perfect. Although the glitches and errors I experienced in-game could be accurately described as rare or occasional, they’re still there.

Some of the issues are not new to the Forza Horizon series. This includes issues like being trapped in a location with no escape for your vehicle. This also includes AI drivers that love to fight you for every inch, at least until you pass them and then they tend to fade away into the night. The damage model also remains extremely forgiving, but for most of us that is probably for the best. 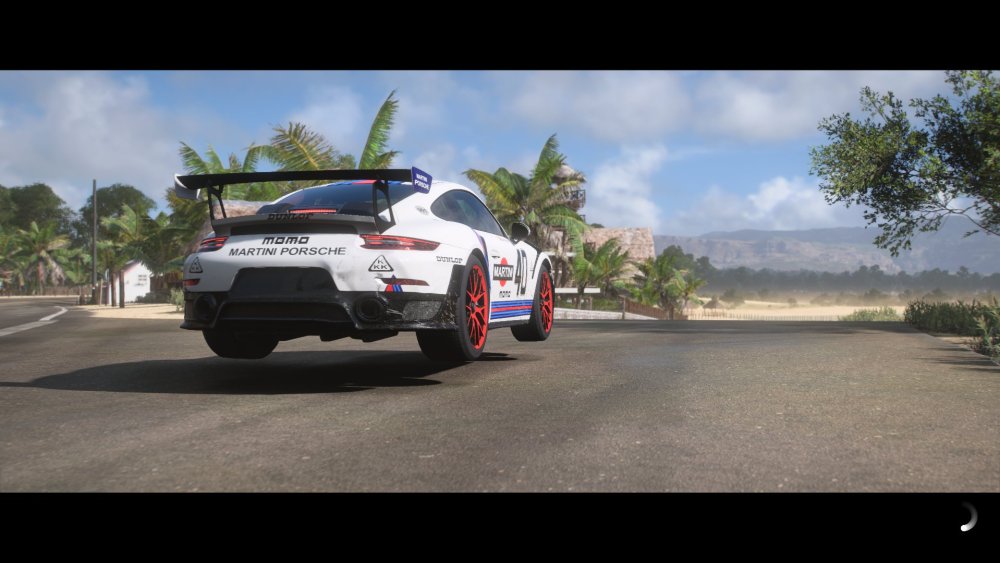 On other occasions, I witnessed AI-controlled vehicles floating above the ground as they passed me on the highway. Now, Forza Horizon always offers an impressive selection of vehicles with varying technical capacities, but hovering vehicles were not supposed to be part of the hundreds of vehicle options — at least not to my knowledge.

As I previously mentioned, none of these small glitches or errors had any type of real impact on my overall enjoyment of the game, but they’re there and you will experience them in some form.

Music choices are less of a complaint and more of a request that I was often wishing for during my many hours devoted to this Forza Horizon 5 review.

There are a series of in-game radio stations that can be changed with a simple left click on the direction pad, which is fine. What I found myself often wanting — or wishing for and hoping will be implemented in future versions of the Horizon series — is the ability to upload my own music off the hard drive.

Whether it be the integration of a personal Spotify account, or Apple Music, or a list of uploaded music that I’ve created on my Xbox itself, the need (or want) to have access to my own music style(s) was real. 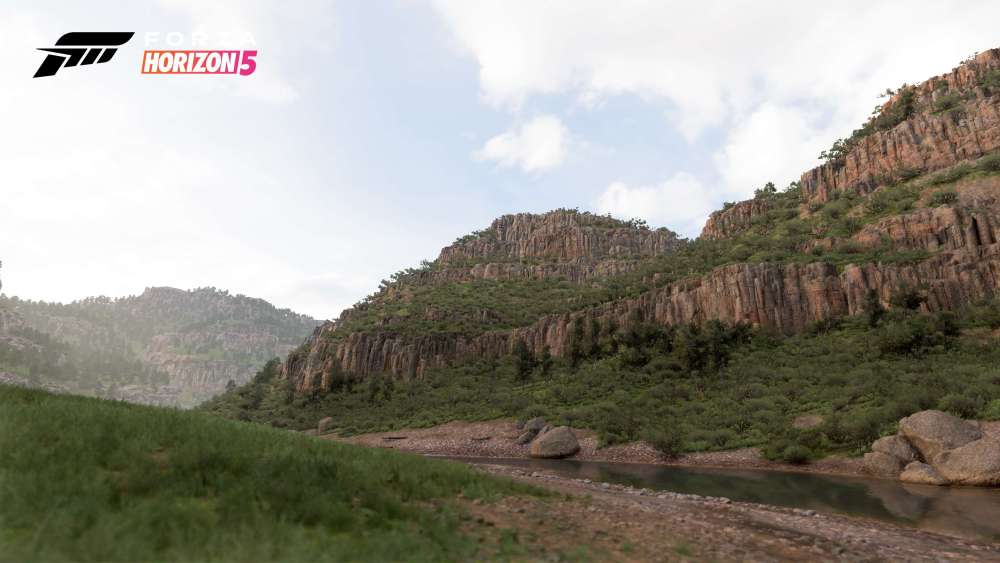 The game does such an amazing job of allowing the user to crawl behind the wheel and travel mindlessly in the world, so I just want music of my own to be the secondary passenger on these trips.

Of course, most of us can put in our headphones or simply have our own playlist play off our smartphones. Those options all work just fine, but to have the option to have that integrated into the game would create another level of enjoyment for me.

Forza Horizon 5 does not do a whole lot new here with its latest release, but what it does still pushes the series forward while delivering an experience that can be enjoyed for months to come by people of all skillsets.

Even with the fifth installment, I still love acquiring new vehicles, smashing XP boards, taking a spin on the wheel, or aggressively bullying a friendly racing avatar. These are not new options, but they are done so well they still resonate and still deliver fun in waves.

There is an addictive quality and nature to playing Forza Horizon 5, and as in the past, the developers promise to keep adding new content for the foreseeable future. Whether it’s screaming down the highway at breakneck speeds or trying to navigate an abandoned ancient site, Forza Horizon 5 feels like an old friend who has come back home and has stories to tell.

Forza Horizon 5 is the type of game that connects people both in-game and out, and it is equally fun playing solo or playing with a group of friends in a party. This game doesn’t need you to be a fan of racing, and it doesn’t ask you to be good at driving games. It just asks you to have fun.