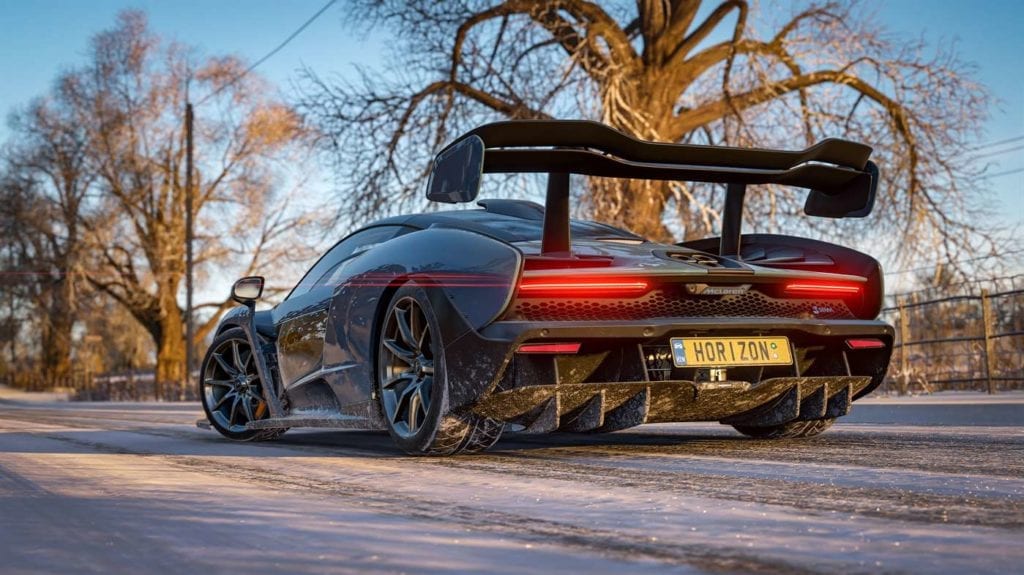 Turn 10 and Playground Games are back with the newest entry in the Forza universe, Forza Horizon 4. They had the daunting task of trying to make the fourth game in the series feel fresh and exciting, but even at a time where a slew of great racing games have hit the market, Forza Horizon 4 stands out from the crowd.

From the moment you settle in behind the wheel with your digital doppelganger, FH4 has a different feel than the previous versions. Yes, the formula may feel the same, but the approach one takes to accomplish in-game tasks has an extremely open-world feel to it. No longer are you required to accomplish rigid, linear tasks and gain notoriety by utilizing racing as its main path for festival dominance and recognition.

Although FH4 does require you to accrue “influence” points to move from one seasonal aspect of the festival to the next, these points can be had by accomplishing in-game tasks such as fulfilling a role as a movie stuntman, landing highly dangerous jumps, finding specific ad-boards throughout the map, and much, much more. FH4 gives the freedom of exploration to the user, all while allowing you to progress through the game with your own style. 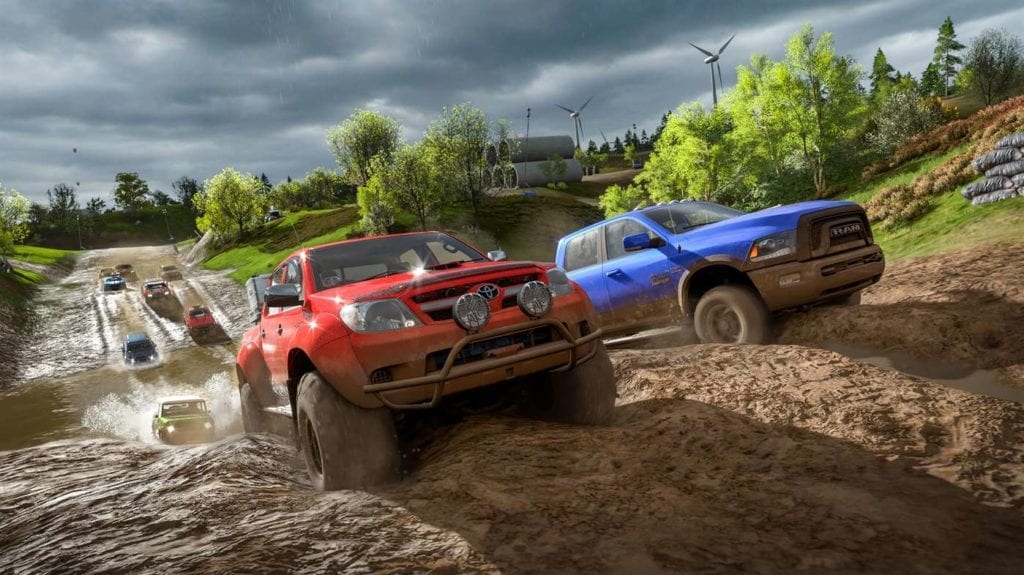 But above all else, FH4 is still a racing game and a magnificent one at that. Whether you are racing hovercrafts, trains or simply other cars, the feel behind the wheel is exciting, responsive, and pure adrenaline-inducing fun. It’s a rare combination of strong physics and superior handling that is coupled with an arcade shell. Each and every car has a unique feel to it, and so FH4 pushes you to figure out the nuances of each vehicle and how it applies to all the different venues and locations you will visit over the course of your time with FH4. 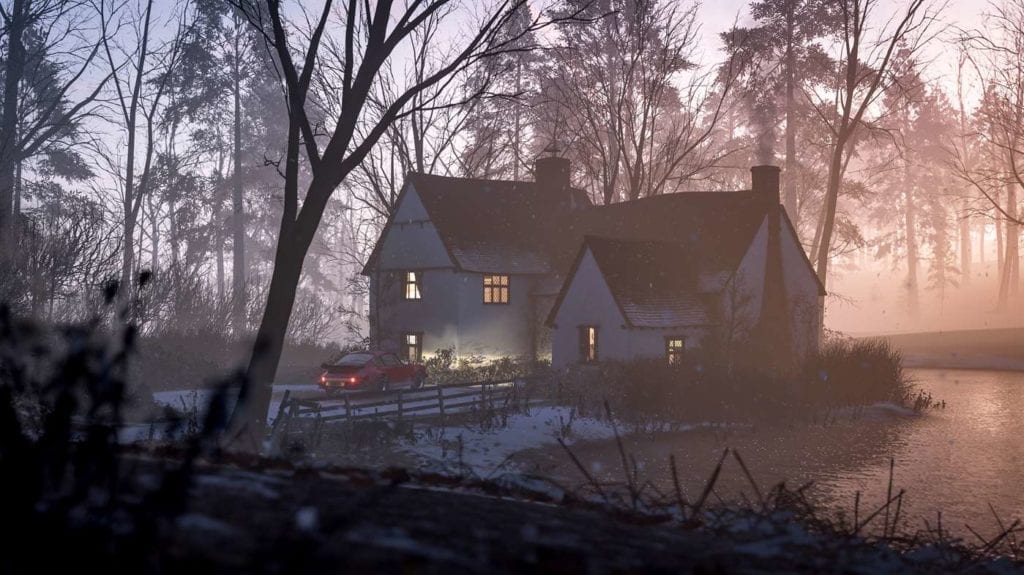 It is not a stretch to describe FH4 as one of the most beautifully rendered titles ever to be delivered on console or PC. The environments are lush, aesthetically beautiful and accurate. The wonderful color palette that is utilized in-game creates an overall experience that is immersive and inviting. The usage of all four seasons within the game really helps deliver a deep and dynamic experience within the game, and the quaint English backdrop is a perfect fit for what the game is offering.

From watching the seasons change to the interaction with the environment as a whole, FH4 has created a living, breathing, changing world that helps connect you to the experience in ways very seldom seen. The game is set in a fictionalized United Kingdom setting, and every aspect of the large and sprawling map gives off an English vibe. So whether you find yourself in England, Scotland, Wales or Northern Ireland, the fictitious UK has never looked so beautiful. The ads for FH4 describe the game as being able to “experience stunning seasons and open world adventure,” and that description and claim couldn’t be more accurate. 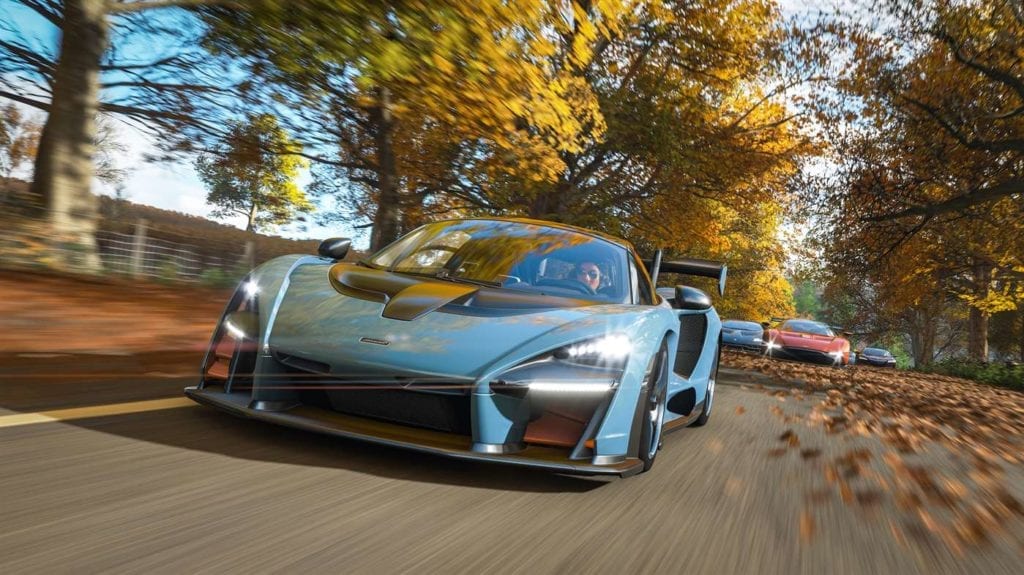 As if FH4 needed more ways to shine, the game boasts the ability to “collect, modify and drive over 450 cars from more than 100 manufacturers, with all the customization options Forza players love, including brand new drift suspension upgrades, track width offsets, and more body kits than ever before” On top of that, new in FH4, users can now “own property that unlocks new items and gameplay perks, from small cottages to castles.”

Veterans of the series are used to collecting and modifying each and every vehicle, and between upgrading, tuning, and applying or creating new liveries on each vehicle, it will consume plenty of your time spent in the world of Forza Horizon 4.

Forza Horizon 4 is one of the few games that can offer an amazing experience both offline and online, and find a way to blur the lines between the two — but that’s exactly what FH4 accomplishes. Want to take on online adventures by yourself, go for it. Want to join a crew and be part of something special, the game allows that also. Want to create your own event and let people try your newest “blueprint” creation — it can be done.

The switch from single player to multiplayer is seamless and easy, and this adds to a massive amount of content for the user to enjoy. So whether you’re into hardcore ranked competitions or unranked team adventures, FH4 provides multiple paths for you to explore and enjoy. 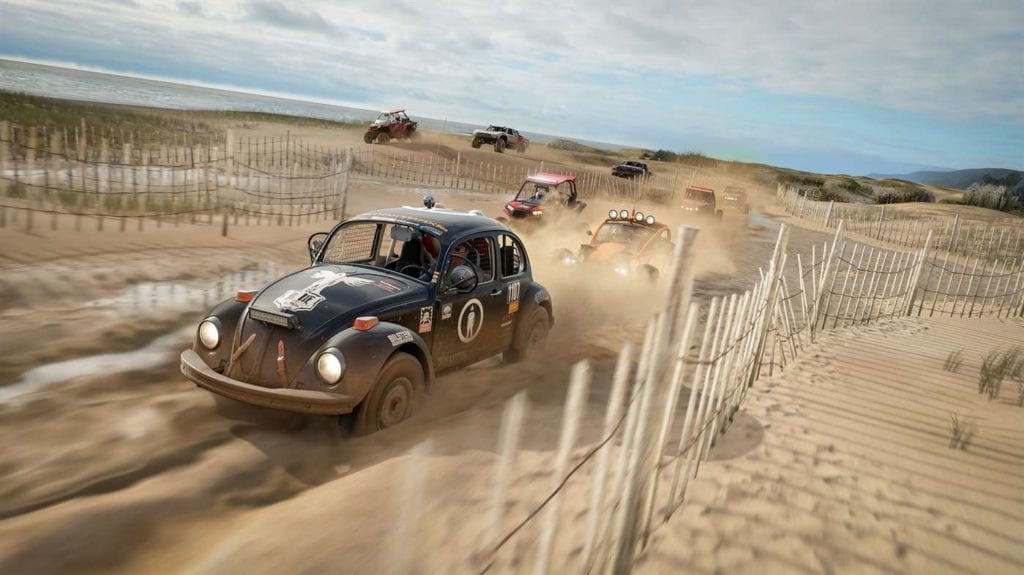 The menu system in FH4 isn’t horrible, and you should get acclimated to it over time, but it feels disorganized and delivers a level of difficulty that is usually associated with the game itself, not the menu system. I get it, the game delivers an awfully large overall package and that requires a menu system that can provide all the pertinent information that is accessible at any given time. Regardless, the navigational system in FH4 feels clunky and disjointed, and for newcomers can be a bit daunting to understand.

On top of the somewhat disorganized menu system, the character creation system is a bit shallow and pedantic. The avatar offerings are limited at best, and other than clothes and accessories, offer little to no character customization.

Once again, the game does so much right that applying a singular focus in on this issue seems a bit trivial, but it’s not without merit. For a title that delivers such an amazing experience as FH4, it seems a bit more time would and should have been invested in the character customization and creation offerings. 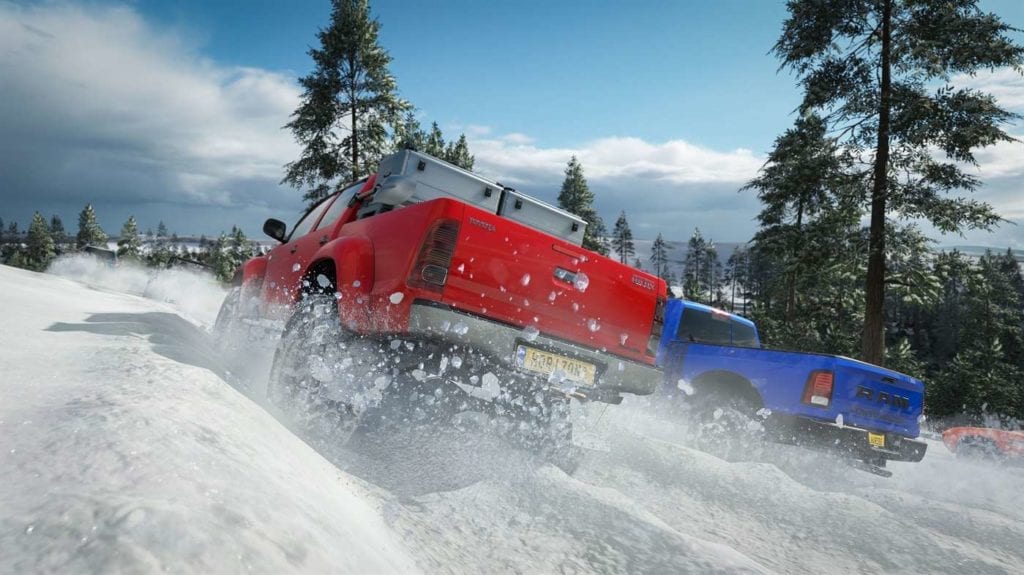 Forza Horizon 4 feels less like a game that is on its fourth iteration, and more like an incredible universe that has just been discovered. While there are mammoth amounts of racing, exploring and back-road traversing to be enjoyed, FH4 gives off a strong feeling that a much larger world and experience is looming in the not so distant future.

The game feels like mash-up of GTA, Gran Turismo, Forza, Bad Company, and a few others. In the end, the overall experience is a vast and wonderful journey that very few titles ever deliver. From the environments to the vehicles to the ambiance and collectibles, FH4 is a living, breathing ecosystem that can suck you in for hours at a time. Forza Horizon 4 is more than racing, more than collecting, and more than modifying. It is truly an experience that is rarely seen in a game, and it keeps getting better the deeper you delve into it.