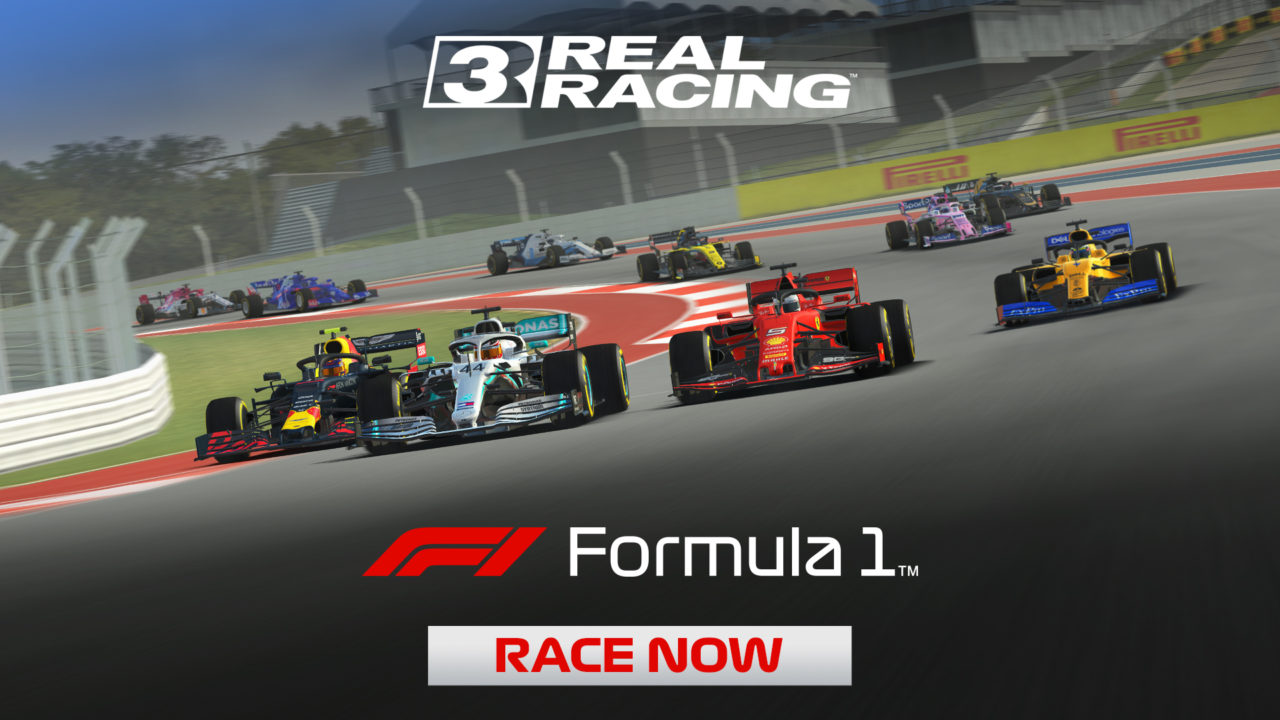 Electronic Arts and Firemonkeys Studio have announced their new and first-time licensing partnership with Formula 1. On November 26, Real Racing 3, which is available for download on the App Store and Google Play, will launch its newest update, bringing players an experience unlike anything that has been in-game ever before.

Representing the first F1 content integration of its kind in the mobile gaming space, the update will include the following:

“The partnership between EA Firemonkeys and Formula 1 is an incredibly exciting opportunity for our players to experience the next evolution of the game in a new and innovative way,” said Joe Donoghue, General Manager at EA Firemonkeys. “This collaboration means that fans of Formula 1 can for the first time ever access and play as their favorite Formula 1 teams and drivers in Real Racing 3.”

Launched in 2013 and boasting over 250 cars and 20 real-world locations, Real Racing 3 is the award-winning franchise that set a new standard for mobile racing games. With the inclusion of Formula 1 on November 26 – available world-wide on iOS and Android platforms – the EA Firemonkeys team will deliver the single most requested piece of content by Real Racing players, kickstarting the next phase of Real Racing: Motorsports.

Timed to coincide with the FORMULA 1 ETIHAD AIRWAYS ABU DHABI GRAND PRIX 2019 at the Yas Marina Circuit on December 1, the in-game integration of Formula 1 content will bring players not only fresh events and challenges, but also an upgraded gameplay experience. These changes include a Formula 1 hub, daily race, champion series, Grand Prix career special events and invitationals, in addition to a Formula 1 Academy designed to give new players an introduction to Real Racing 3 and the Formula 1 motorsport career.

Alongside the new F1 events, challenges and gameplay experiences coming to Real Racing 3, there will be a wide variety of additional content for players to enjoy, including a new original soundtrack by Australian producer Ryan Kurt.

Read more about Formula 1 coming to Real Racing 3, in the latest blog.