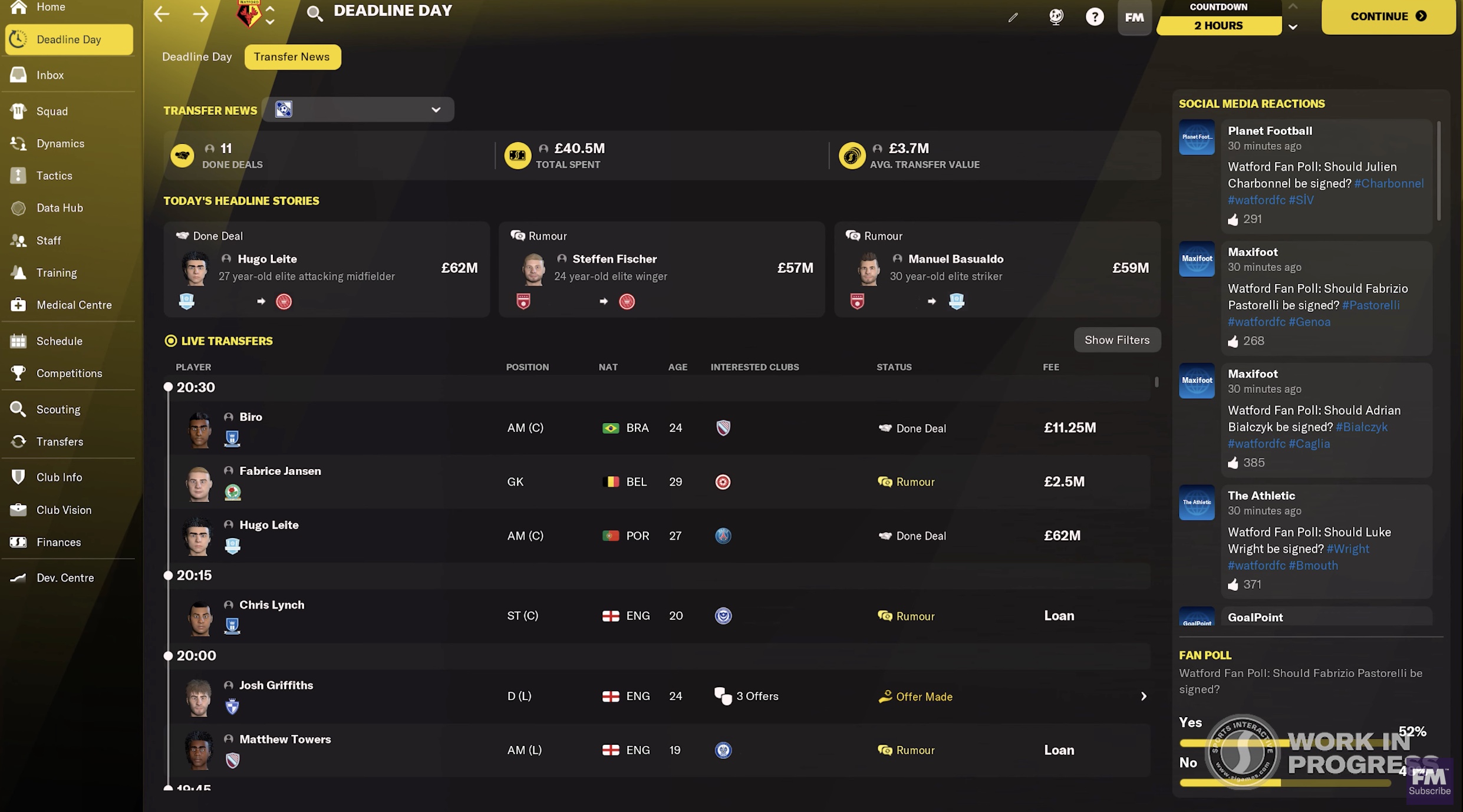 Sports Interactive has posted a new Football Manager 2022 video going over the revamped Deadline Day experience and a new Staff Meeting component that brings you closer to the way managers collaborate with their backroom in the real footballing world.

Also of note, Football Manager 2022 is only coming to the Nintendo Switch.

Football Manager Touch 2022 will only be available on Nintendo Switch. There will be no version of the game available on Steam, the Epic Store, the App Store or Google Play. Anyone who wants to play a streamlined version of FM anywhere other than Switch will still be able to do so, but the game won’t be called ‘Touch’.

Football Manager 2022 is scheduled to release on November 9 for Xbox, PC, Mac and mobile. It will also be available on day one for Xbox Game Pass subscribers.

Fans can pre-purchase to secure early access and get 10% off. Early Access debuts roughly two weeks prior to release.