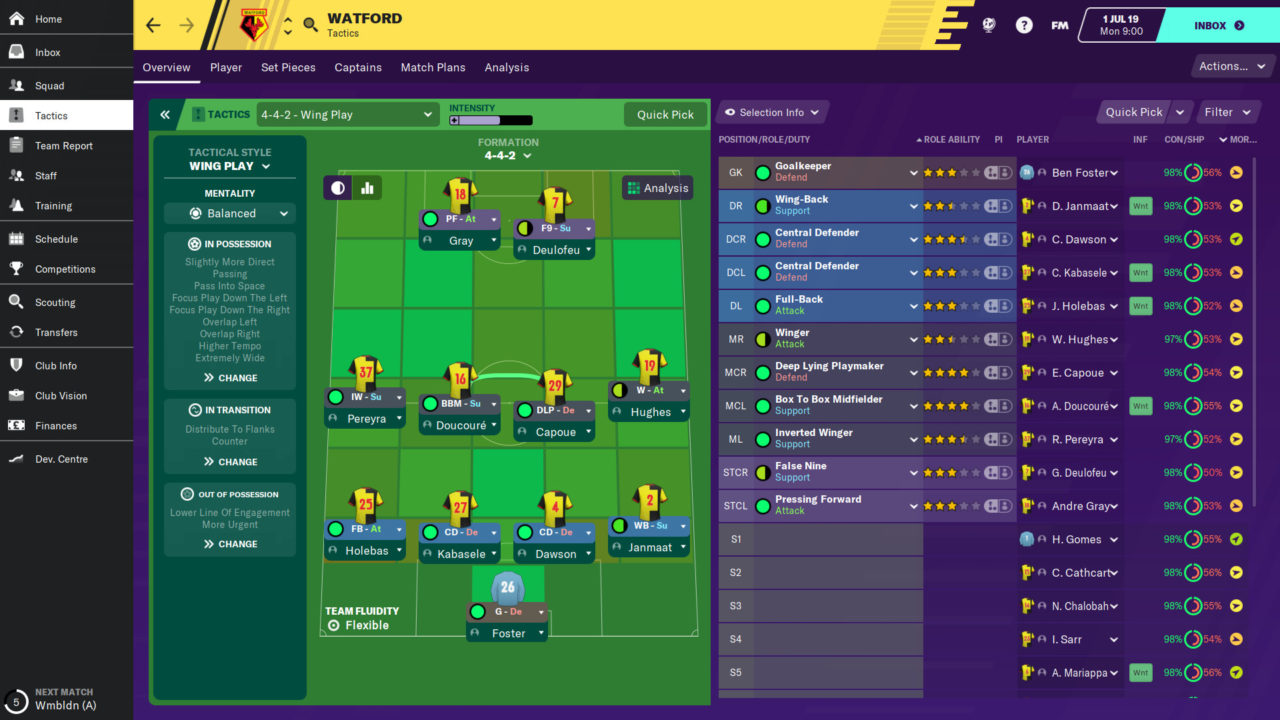 Football Manager 2020 Touch, which was originally scheduled to release in late November for the Nintendo Switch, is set to be released on December 10. The game is already available for PC (Steam), iOS and Android devices.

FM20 Touch is a streamlined version of the main Football Manager experience for PC, which we reviewed here, focusing only on the managerial essentials.

Touch focuses on the core areas of football management, tactics and transfers. This means you’ll leave the minor details to your assistant and skip the media circus as you kick back and watch your tactical vision come to life in our acclaimed 3D match engine.

Touch benefits from a lot of the same polish and refinement of FM20, at the same time, keeping the game super streamlined and slick, enabling managers to speed through the seasons without getting bogged down on the detail.

Even match days can be accelerated though with the ‘Instant Result’ feature that sees you smash through the seasons on your way to domestic glory and beyond.

#FM20Touch is coming to Nintendo Switch™

The wonderkids are all there – you just don’t have to wait as long to see them reach their potential.

Take full control of your youth team operations in a new all-encompassing hub. Nurture your young stars from the moment they arrive until they’re ready for first-team action.

A new interface makes negotiating contracts quicker and easier than ever and new playing time terminology gives you a clearer idea of how often players expect to be playing and whether you are meeting their expectations.

Develop a culture, work with the board to achieve ongoing objectives and plot a course for your club to progress in seasons to come.

Guarantee an extremely talented crop of youngers coming through at the same time with the new Golden Generation unlockable or transfer the player of your dreams directly to your club with the Dream Transfer consumable.