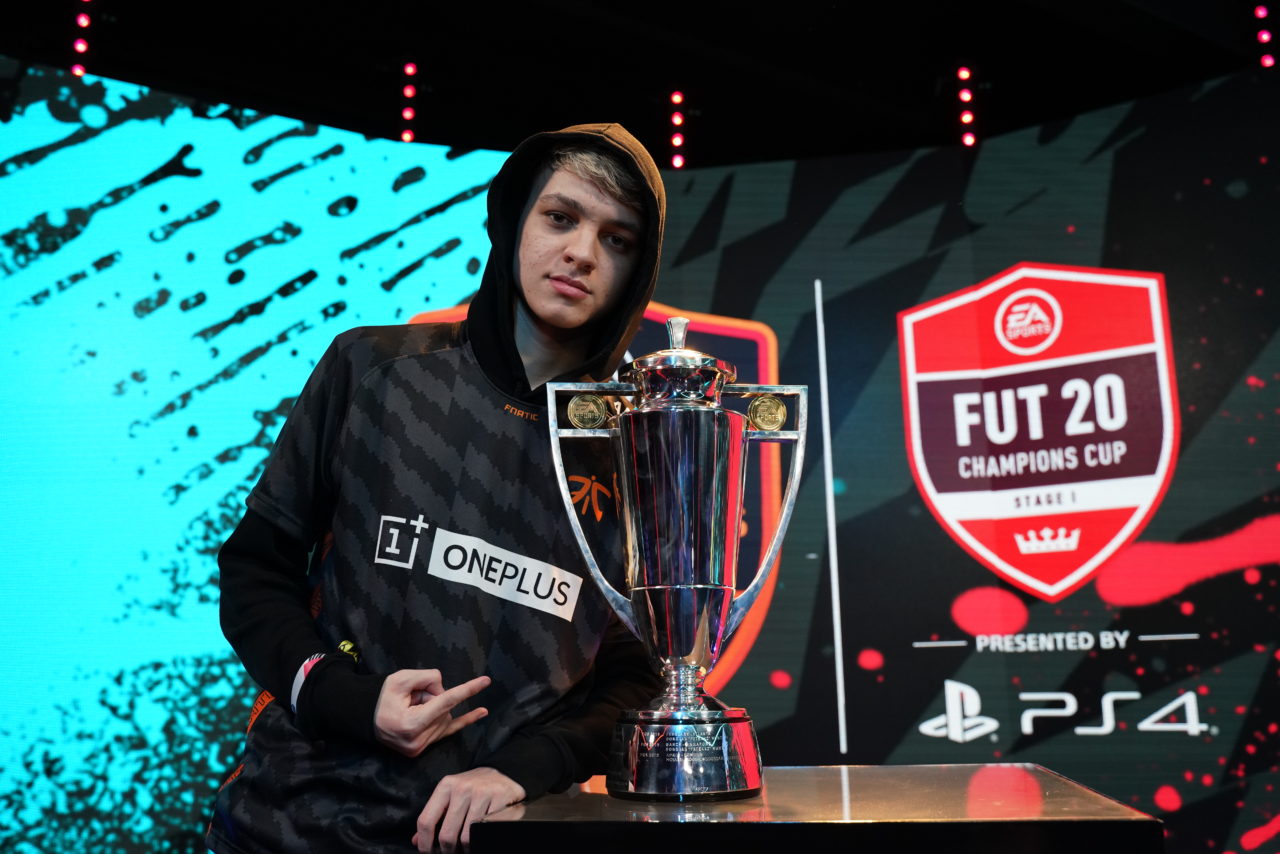 It’s been a big week for Tekkz, who announced on Wednesday he signed for Fnatic.

Entering this weekend all eyes were on him, following a disappointing performance in the FIFA 19 eWorld Cup. The question on everyone’s mind was, could he bounce back and win the first event of the FIFA Global Series for the third year in a row?

Proceeding through the Swiss rounds undefeated and with a goal per game ratio of 2.10  he was the dominant force that proved unstoppable and showed any doubters he will yet again be the competitor to beat this season.

When asked about how he was able to adapt to FIFA 20 and deal with the pressure of signing with a new team, the discussion on social media and more Tekkz responded;

“I don’t care what people say anymore, I moved past the stage of caring… whatever people say feel free but (the trophy) speaks for itself.”

Complete scores and standings are available here. Tekkz and the best FIFA competitors from around the world will be returning for the FUT Champions Cup Stage II, taking place again in Bucharest, from November 22 – 24.