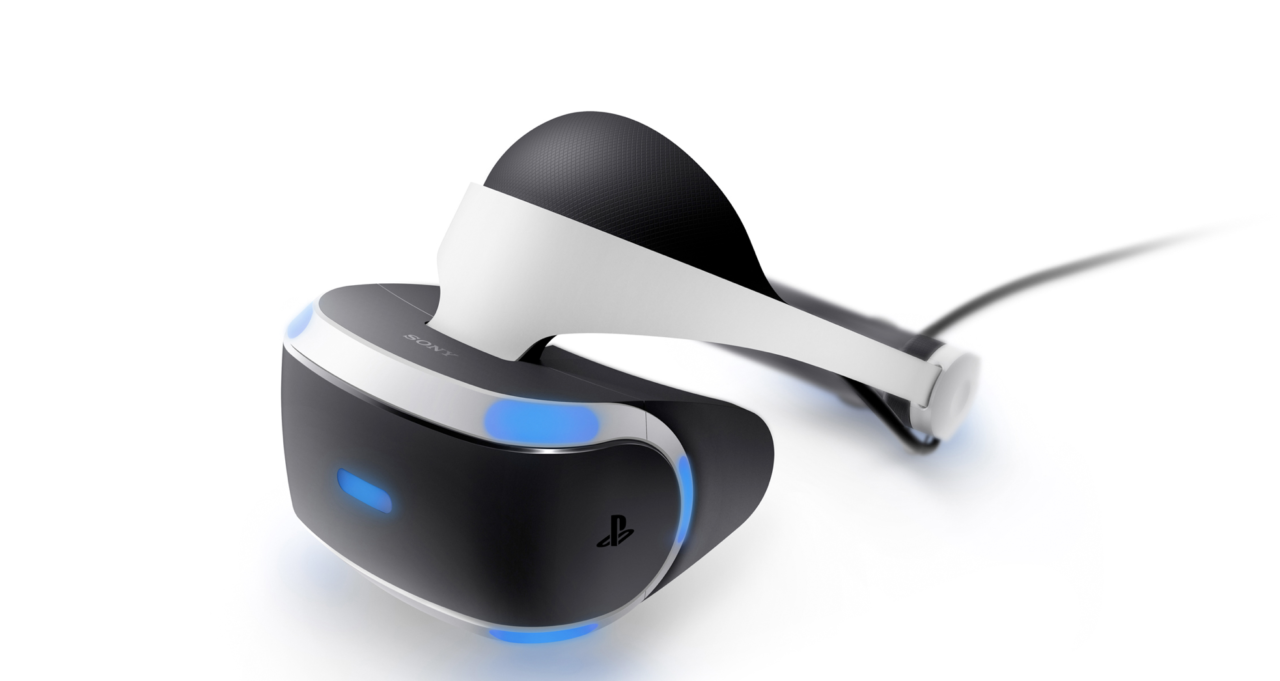 Ever since the advent of motion tracking, sports games have proven to be a reliable staple to showcase the new technology. Those who are old enough surely remember the thrill of first getting a Nintendo Wii and spending hours cycling through the different activities included in Wii Sports (and let’s not forget Wii Sports Resort). Sports fans have long found that that the next best thing to going out and actually playing a sport is standing in front of a motion-tracking camera and emulating the sport instead.

That’s been no exception with the PSVR. In its relatively short time on the market thus far, there have been plenty of games released to take advantage of its ability to get people moving in front of that camera. There have even been those same familiar Wii Sports-style collections of sports mini games like Sports Bar VR, as well as others that focus exclusively on trying to get one sport just right. So far, we’ve seen VR games that attempt to accurately replicate the feeling of playing sports like football, baseball, tennis, golf and bowling.

But believe it or not, there are still some sports yet to be properly adapted for the PSVR that could really suit the format. Here are a few suggestions on a handful of PSVR sports titles I’d love to see in the near future.

Okay, to be fair, there are already a few different ways to play basketball in virtual reality, but none of them stand as a satisfying recreation of the sport. You can shoot some hoops in Rec Room, though that barely qualifies as a game when it’s merely tossing a ball into a hoop in a small corner in between entering the more full-scale experiences within the multifaceted game. Then there’s NBA 2K VR Experience, a game where you might be able to feel some of the atmosphere of being out on an NBA court. However, by utilizing the DualShock controller rather than the Move controllers, it deprives you of the ability to use your own hands to shoot the ball and consequently sacrifices a lot of the immersion.

The truth is that the ideal VR basketball game doesn’t even really need to try to capture many of the sport’s nuances but, like the most successful VR sports games, instead focus on the fundamental movements involved in the sport, which in this case would be shooting. Through motion tracking, it would seem feasible to envision a game that takes into account the strength and form on your shot, determining makes and misses by the subtle imperfections in pushing a ball right, left, long or short. Even if this presented itself as your standard three-point shooting contest, it would still scratch the persistent itch many VR sports lovers have to shoot on a basket, and compete for high scores against friends and others online.

When it comes to hockey, PSVR users have unfortunately had to watch enviously from the bench as PC users are given the opportunity to play virtual reality hockey games like VR Hockey League and Hockey Player VR. With no hockey titles currently available for PSVR, that leaves a mystifying and disappointing void for fans of a sport that remains one of the most popular in the world.

It’s especially surprising when you consider how simple and rewarding it would be to have a game that only concentrated on having you shoot pucks at a net. Sure, you could always add a goalie in the net you’re trying to get the pucks past, but if even that’s too complicated, simply place some increasingly smaller targets in the net that players are required to hit. Considering how responsive the controls are in a recent game like Everybody’s Golf VR, it doesn’t seem all that crazy to imagine a game that is able to determine things like the power and trajectory of wrist shots and slap shots via motion tracking. Bonus points if a developer is able to figure out a way to make it feel as if you’re really gliding across the ice as you skate around an arena.

Extreme sports would tend to lend themselves quite well to the VR format, and along those lines it’s hard to envision an adrenaline rush quite like bombing down a snowy mountain at breakneck speeds as the scenery flies by. While a game like Steep might be pretty exciting to play on a console as is, one can only imagine how much more exponentially thrilling it would be to feel as if you’re truly coming down a mountain at a dangerous velocity on skis or a snowboard when you’re transported there with the magic of virtual reality.

Of course, this might have to be the kind of game that’s easier played with a DualShock controller rather than the Move controllers, considering that skiing and snowboarding both require more of your feet than your hands, but perhaps there’s a way to make it so your hands could be responsible for your ski poles or your balance in general. Regardless, the perfect game would be more about generating a sensory overload akin to a roller coaster than trying to provide a realistic skiing or snowboarding simulation. Once you add in the ability to perform tricks and get some big air over jumps, there’s the potential for some neat competitive elements. Or if you’re not into skiing or snowboarding, how about a bobsled or luge game where you actually have to get on your back and contort your body to steer? Okay, on second thought, maybe not.

Granted, volleyball might not be considered the most exciting sport by some, but by virtue of how many of its basic movements can be captured by motion tracking, it has the potential to make a nifty little VR sports title. First of all, put out of your mind any thoughts of trying to emulate the sort of style and format you see from larger volleyball teams in gyms. Instead, imagine duos going head-to-head in beach volleyball against the backdrop of sun, sand and surf. That kind of escapism is where VR truly excels, taking an uneventful day at home in your living room and turning it into a trip to a tropical locale for some volleyball.

The mechanics of volleyball are all easy enough to transfer to the VR realm, whether you’re trying to serve, bump, volley or spike. It’s possible to imagine the rewarding feeling of being set up for a spike at the net, pressing a button to leap into the air and then slamming the ball down on an opponent with authority with a powerful swing of your arm. Obviously, the tricky part — as with most VR games — is figuring out how to configure the controls to move around on the sand and track down balls using the Move controllers, but there are ways to mitigate that problem that other games have employed in the past. The appeal of the game would need to once again revolve around the basic movements integral to the sport and knowing when and how to use them best.

To be sure, there’s no shortage of racing games already available on PSVR that would seem to cater to all the different types of racing fans, from the realism of Gran Turismo Sport to the ragged glory of Dirt Ralley VR to the futuristic sheen of Wipeout Omega Collection. But there’s no prescription for anyone who wants to do their racing on a dirt or turf track while riding a blazing fast stallion for the Kentucky Derby or some such similarly coveted horse race. That’s a shame too because it would make for a unique racing experience complete with challenges that set it apart from all other racing games. Also, given the spotted history of thoroughbred horse racing’s treatment of its animals, it might be best to leave the experience to the digital realm of virtual horses rather than endanger any more of its competitors’ lives.

Unlike other racers, where the goal is so often just to hold down the gas and make good turns in order to be the fastest, being aboard a thoroughbred would require you to make strategic decisions according to your horse’s strengths and weaknesses. Some might prefer getting out to the lead early while others would rather hang back in the pack until the stretch run. Either way, you’ll need to worry about where to best position your horse among the field, taking care to not be stuck behind horses or driven wide on the turns. When it finally comes down to the wire, you’ll also want to carefully decide when to break out the whip and use it to generate a final burst of speed. If you end up being the winner of a race, you’ll be rewarded not just with the satisfaction of knowing you raced well but also with the fact that you can safely say no actual horses were harmed in your race — even though it may have felt all too real.

Enthusiast Gaming Acquires Operation Sports
Fact or Fiction: Are Huge Bugs at Launches Hurting Games the Rest of the Year?