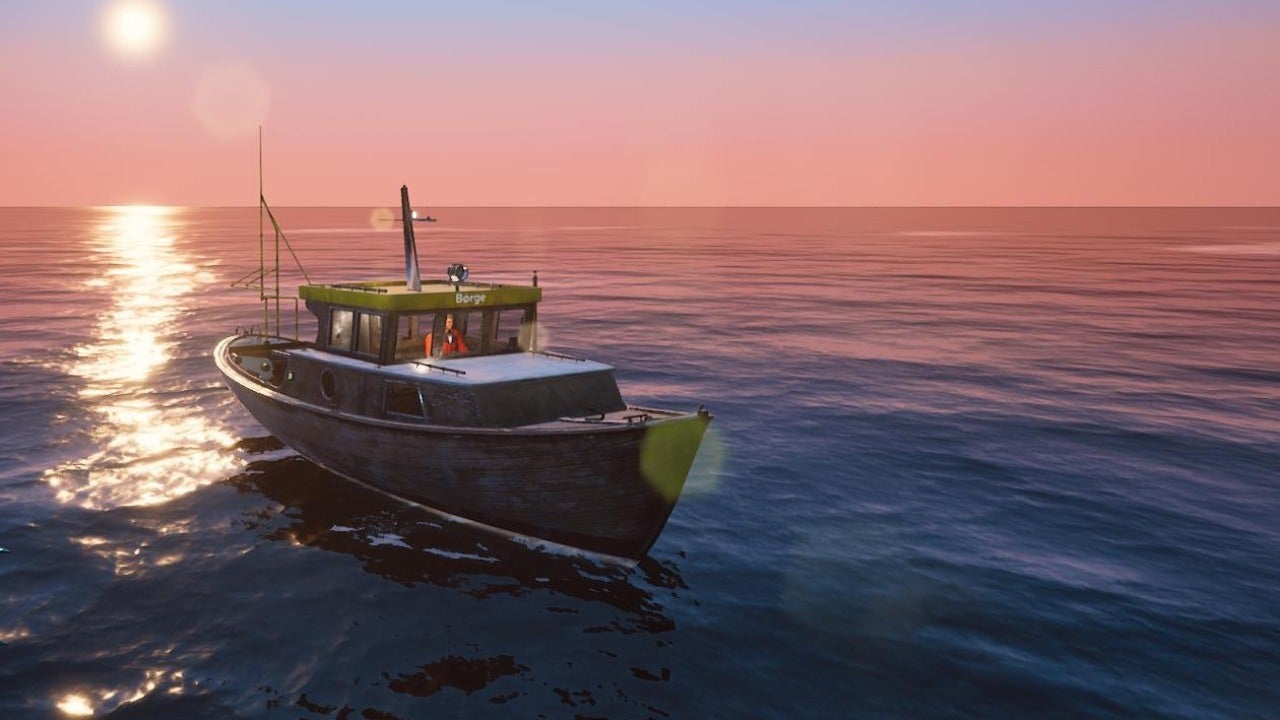 Okay, so, I think for those who read my reviews, they have probably come to realize they aren’t necessarily conventional. I do a lot of commentary. So that’s what I’ll be doing here, especially because this game is unlike any other I’ve played before it.

Fishing: Barents Sea is a hard game to review because it’s not really a traditional sports game, but rather a very realistic simulation of fishing by trawling. It’s more a simulation of life as a fisherman than a game about going out with a line and catching one big fish for sport. Unfortunately, the game gives you very little information on how to do that. You have to get different licenses, and only certain boats can do certain things. You also can only fish in certain spots.

You start the game just simply line fishing. You place the line, and after some time you reel in the lines and there is a mini-game where you have to hit the buttons at just the right time. And if you’re late or early, you get less fish. Then you also have the option of actually gutting the fish. Yep, you can gut fish in this game. Eventually, you move up to the trawling and then it will show you where you can do it. But again, it doesn’t do a very good job at walking you through that process so it can be frustrating at times. 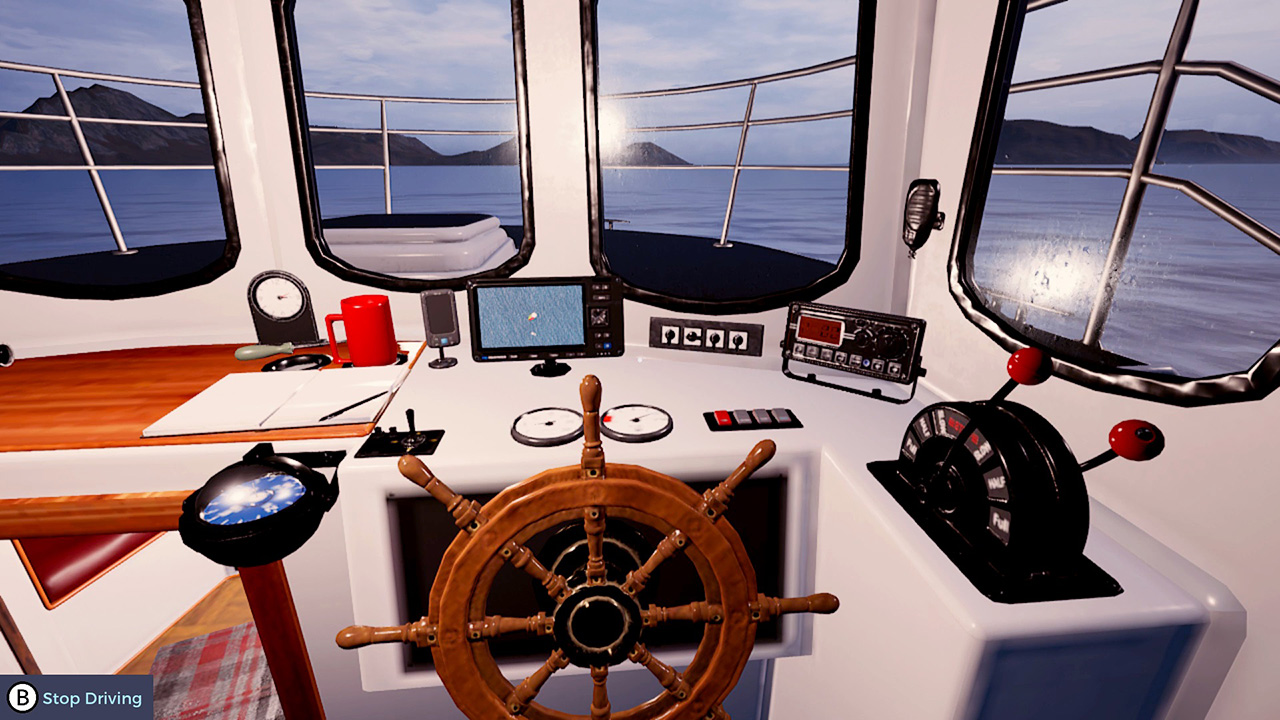 This game doesn’t have the best graphics in the world, but parts of it are stunningly beautiful. The water is some of the best I’ve ever seen in a game. One moment you are speeding through calm seas, the next the waves are crashing and moving your boat around. It looks so good. The sky, the mountains, the boats themselves are all great looking. The game definitely gets you in the atmosphere for fishing. And I do mean hardcore deep sea fishing.

Yep, just fishing for crab. Maybe I’m wrong (I can’t say I’ve played every fishing game), but I don’t recall a game where you can fish for crab — certainly not recently anyway. Oh, you have to watch out though because you can only catch male crab. Catching female crabs will get you fined. 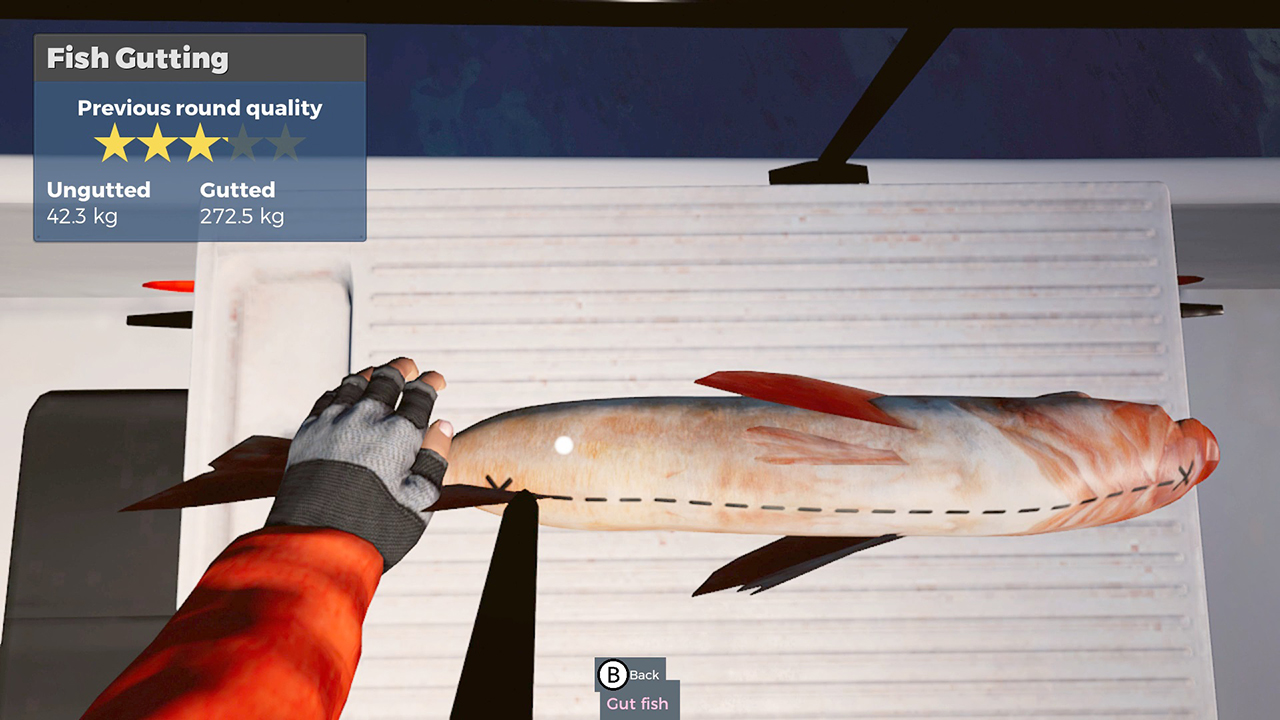 You can certainly get lost in the game. For as frustrating as it can be at times, if you are into this sort of game — and I mean deep simulation games — then you can really go deep and find yourself having a blast. It’s something I appreciate about this game overall. It’s maybe not for me because I just am not into that world enough, but to be able to find a game that is actually trying to simulate all of this is really cool. It’s a testament to games as a medium that people are willing to support something like this and actually create it. 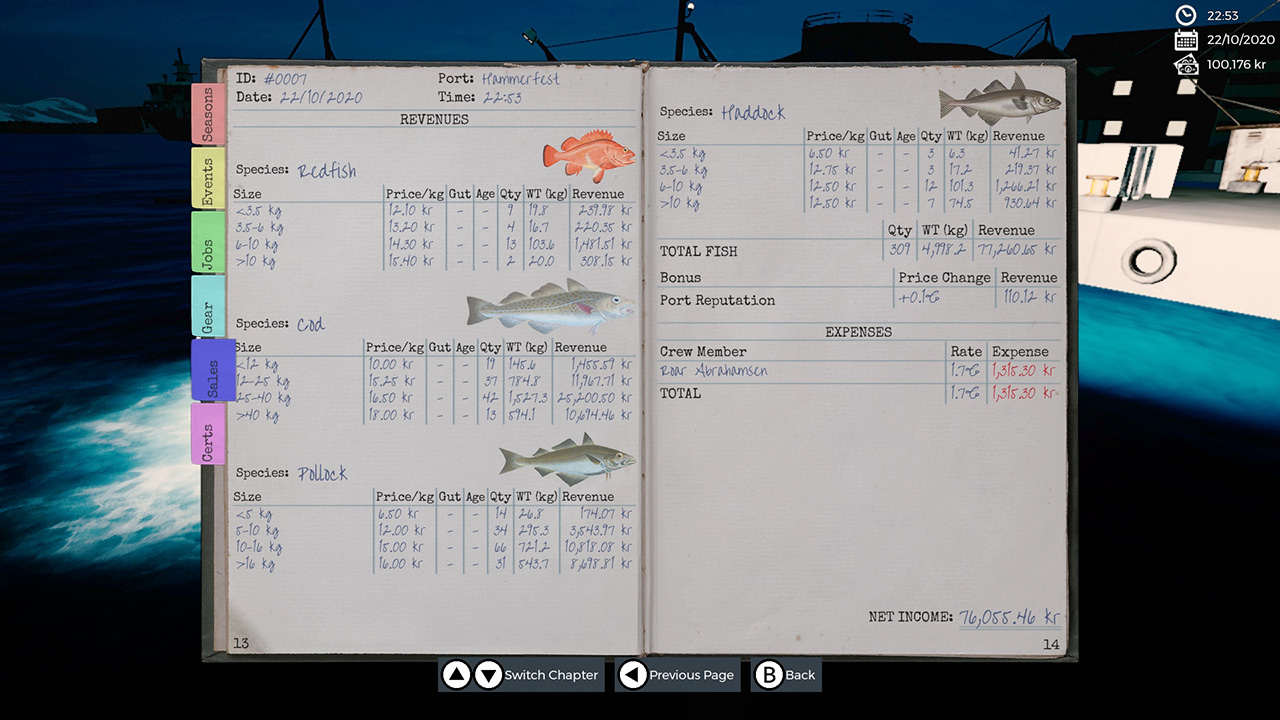 So when I said sim, I mean sim. It takes forever to move around the map in Fishing: Barents Sea. The sea is huge and you better be ready to drive that boat for a long time to get where you want to go. When you set out lines, you have to wait for hours (in their time) to return and retrieve it, because the longer you leave it the more fish you will get. And then you have to take the fish to port in time before they spoil.

You also have to hire a crew, have a cook, go from here to there, and the grind just got tiring to me. I know some people will really like this. It’s akin to something like Train Simulator. You just got to ride it out. In other words, grab a drink, maybe some fish sticks, and then sit back and relax.

You Are Not Given Too Much Help 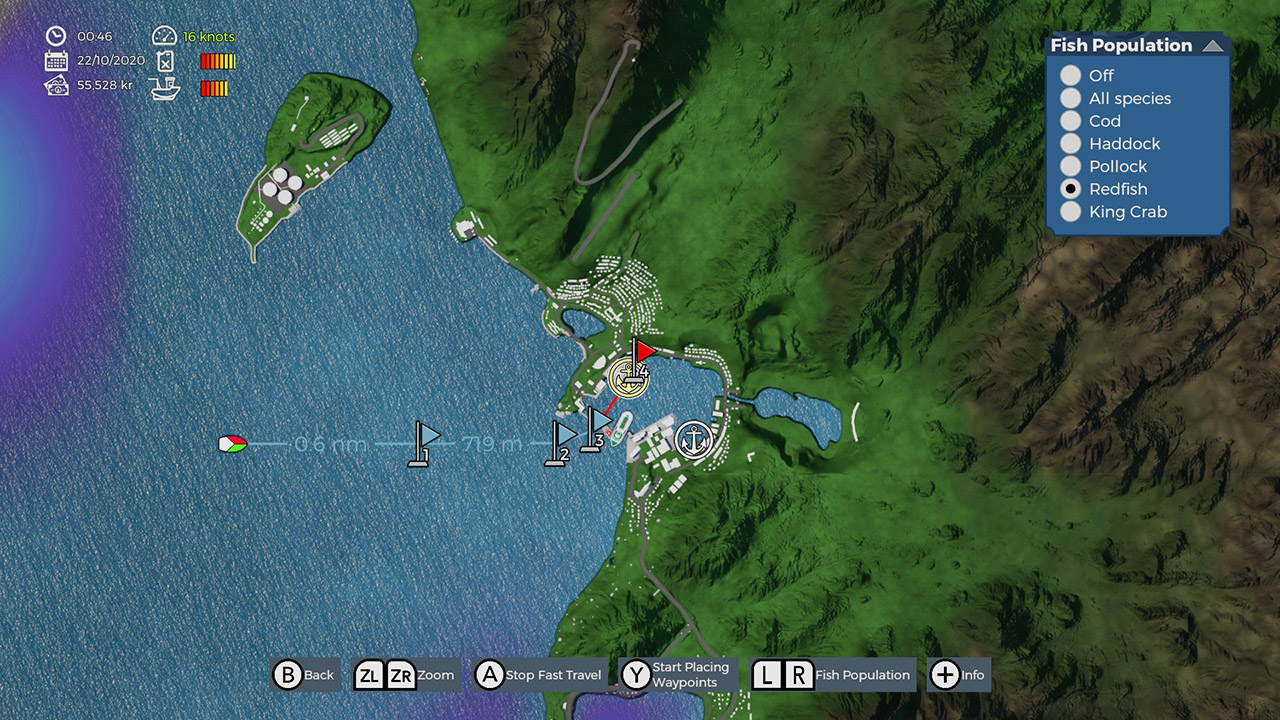 This could be considered a bad thing or a good thing. I know a lot of people like to figure everything out for themselves, but this game doesn’t help those who just can’t seem to figure out what to do and how to do it (like me). This is not an indictment of the game overall, but it’s still personal preference. If you are into super sim games, then you will be fine.

There is no middle ground here. You will either love or hate Fishing: Barents Sea. And if you hate it, that’s fine. It’s understandable. It’s not for casual players. Even people who enjoy fishing games might not like it. But if you are a sim-head, and enjoy doing everything yourself and love the idea of a different kind of fishing game, then I suggest you get Fishing: Barents Sea.

For what it is, it’s a very good game. The developers are also keeping up with it, releasing frequent updates. If you love fishing and love deep simulation games, then it’s a must-own title.