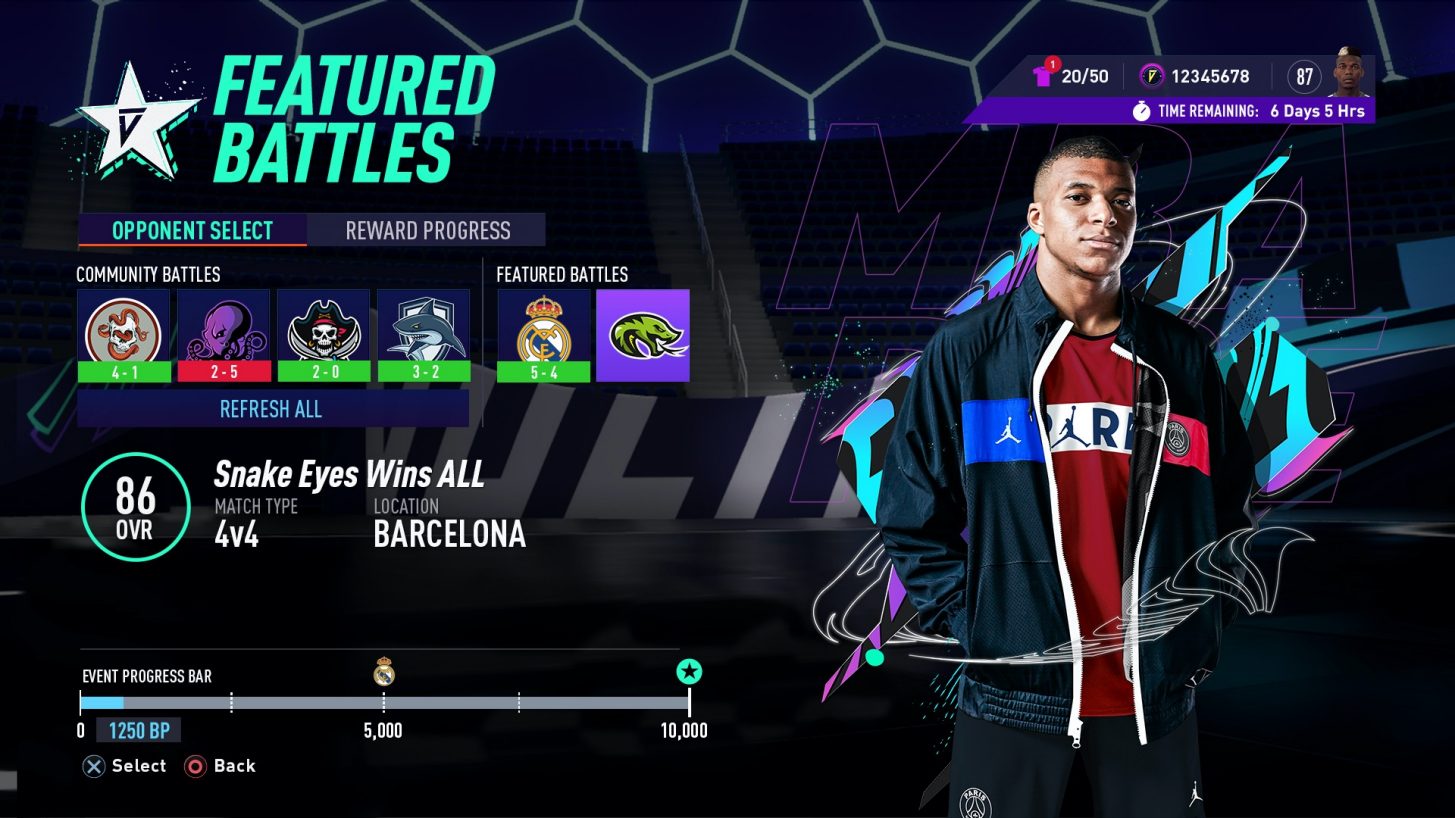 Jeff Antwi, lead producer for FIFA 21’s VOLTA Football mode, has posted a lengthy detailed blog on everything new coming to the mode this year.

Playing with friends was a major focus this year, so the team added VOLTA Squads, by having teams of up to 4 friends, joining through the new VOLTA STADIUM HUB or by dropping in with the community of other VOLTA FOOTBALL players, in 5-a-side Online Team Play match.

With our new gameplay additions, we aim to provide a more free flowing and rewarding small-sided football experience. Some of these additions include improvements to AI behavior in order to create more dynamic opportunities in attack, updates to the Skill Moves system, and Agile Dribbling. We’ve also refreshed the blocking system with the goal of creating more rewarding 1 on 1 situations on both sides of the pitch.

We have also added new single player experiences. You can recruit some of the biggest names from the world of football and beyond to your VOLTA SQUAD in the new FEATURED BATTLES mode. Match up against AI-controlled star players as well as squads from the VOLTA FOOTBALL community as you compete for points and rewards in FEATURED BATTLES.