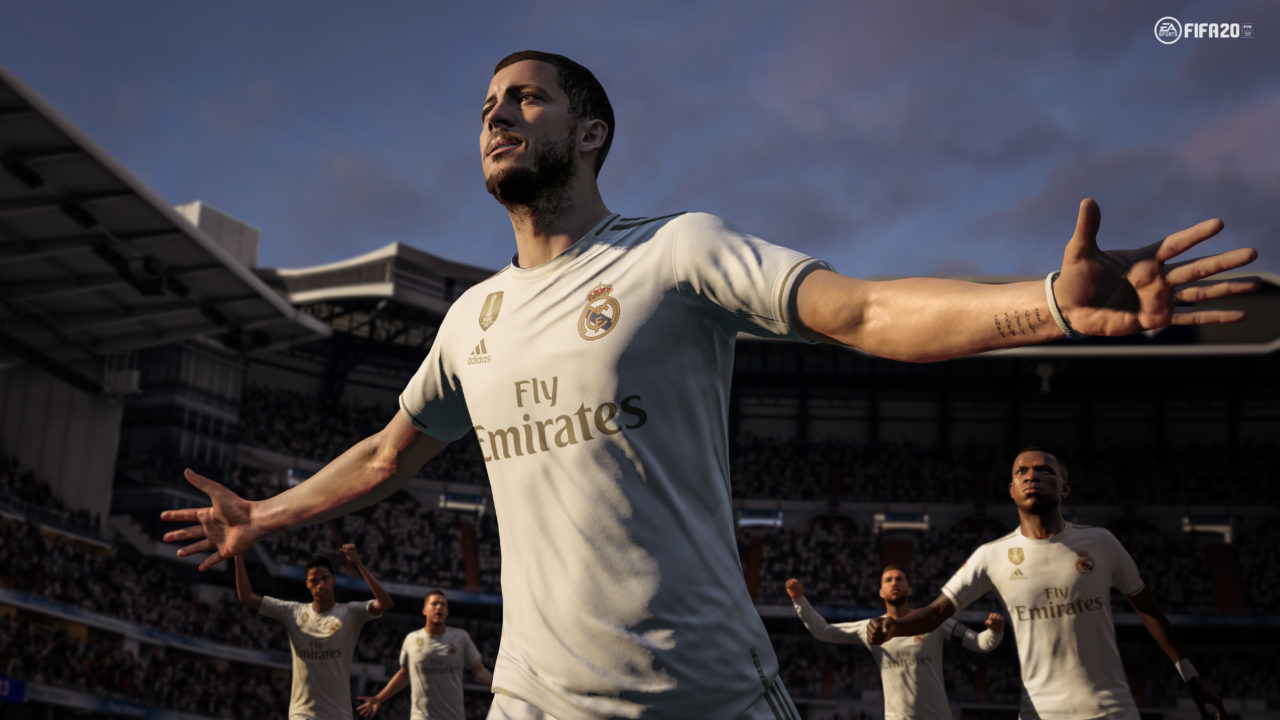 Ten patches in nearly two and a half months is impressive for a sports game. And while patches are generally looked at as a positive thing, nearly a patch every three weeks is more of a testament to the poor state of FIFA 20 on release. With patch 1.09 and 1.10 releasing nearly a week apart, let’s take a look at the good, bad, and the ugly of these updates.

-Increased the effectiveness of shots taken 15.24 meters/50 feet or closer to the target.

Shooting has been tuned for the better since patch 1.09. Pre-patch, shooting on all assistance levels was frustrating, particularly when it came to aim. Many times you would be through on goal, only to find your shot going everywhere except for where you aimed. Often I found myself jumping into replays right after missing a sitter (much to my Pro Club teammates’ dismay) to see where the shot arrow was aimed. Usually it appeared to be nowhere near where I was actually aiming.

Post-patch, shooting is more accurate but in a realistic way. Shots closer to the goal are more likely to be on target, and factors such as body position and ratings seem to matter more. 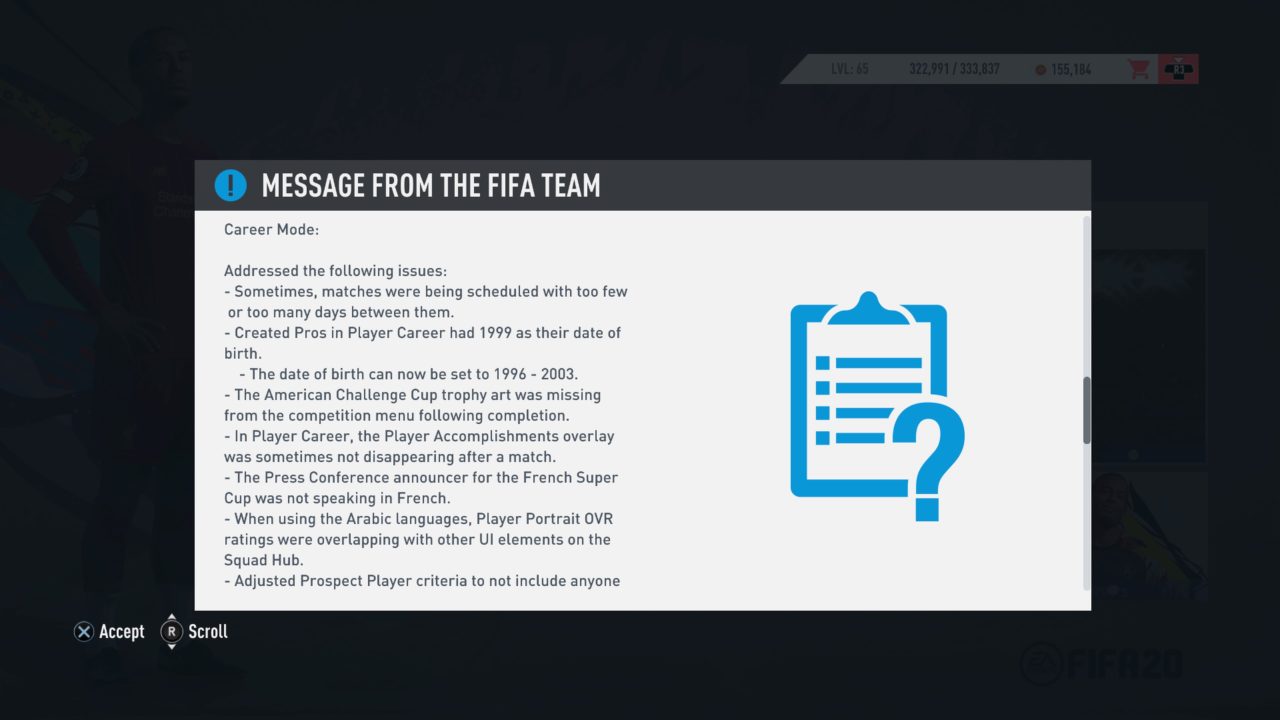 The Lack Of Significant Changes To Career Mode

This was supposed to be the year that career mode finally got the attention it so sorely needed. Pre-release hype was justified as EA’s Pitch Notes detailed some new features such as player morale, interactive press conferences, and a host of other additions to a mode that had become stale. Instead, what released reflected updates that were only a fresh paint of coat on a beat up Chevy Pinto. Has this changed at all with the most recent updates? The answer is no. Patches 1.09 and 1.10 fixed some bugs, but any significant changes appear to be on hold until FIFA 21.

-Adjusted the threshold for when the Referee will give out a Yellow Card following a foul.

Fouls in FIFA 20 are already few and far between. It’s really a shame too because the collision detection system used in FIFA 20 is capable of some beautiful animations. Come togethers, shirt tugging, and other physical tussles are present. However, it’s hard to see all of this when players are able to ping the ball around defenders with such ease (more on this to come).

On default settings, passing has been tuned to become almost automatic. FIFA has always suffered from ping-pong passing causing end-to-end matches, but with Patch 1.09 it’s become even easier and even worse. The passing speed has been increased to unbelievable levels, especially on goal kicks:

I’m sure some portion of the audience likes this as they just want to go up and down and not feel like any pass they make should be errant unless the other team makes a play on the ball. Regardless, this change makes the game feel less like soccer.

Fixes to bugs and updated kits, faces, etc. are all welcome additions, but ultimately, it’s gameplay and career mode (and the servers) that need the most attention. After 10 patches, it appears that FIFA 20 has still yet to find its true identity. Caught in between the online competitive crowd and the offline career mode, FIFA 20 has the foundation for a really solid game of footy, but the lack of direction from EA and constant tweaking has started to take its toll on the community. Without knowing what’s on the horizon, it’s hard to imagine that we’ll see any major changes to defending or fixing the logic within career mode.

It’s safe to say at this point that FIFA 20 has been a letdown.

How are you enjoying FIFA 20 after the two most recent patches?