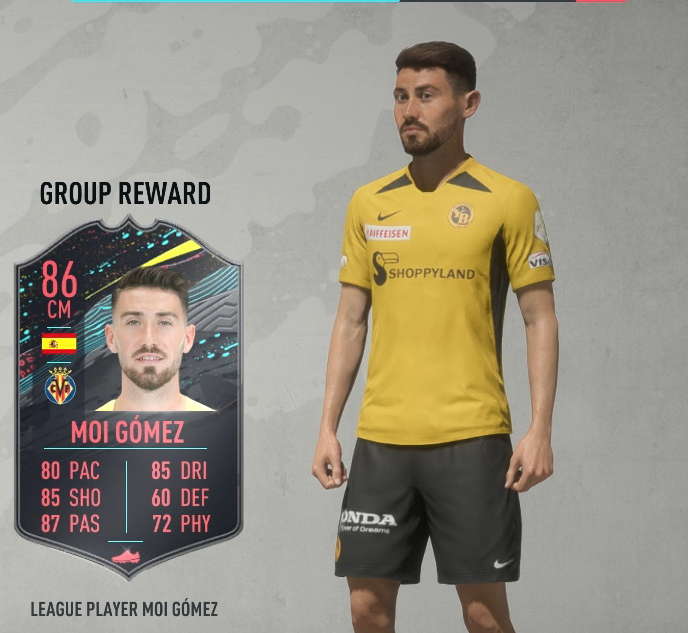 It was a very dry Sunday for content in FIFA 20 FUT, but I have not posted since Saturday so I still had some catching up to do over the holiday weekend. Let’s first start with the return of some old SBCs as they seemed to rile up some fans, and I have some quick comments on the reaction.

Quincy Promes has been having a fantastic season (before his injury). His Ones To Watch card was relatively expensive when it was first released, and so “smart” people did the SBC banking on him doing well during the year and getting multiple in-form upgrades. He has arguably been “stiffed” by the FIFA team as before his injury he had 4 goals in 5 Champions League matches, plus another 10 goals and 3 assists for Ajax in the Eredivisie. He probably deserves more upgrades than he’s received, but this card is awesome either way.

The price is only 20K or so right now on PS4, according to FUTBin. It’s one of the most obvious SBCs ever to do, but some people are mad because they either invested in his in-form card or wanted more leverage for the SBC they did months ago. I get that people want to feel like they got an advantage over someone else for a smart investment, but it’s hard for me to understand people wanting the FIFA developers to make SBCs more expensive or simply to never release them again overall.

Regardless, re-releasing this SBC is a good thing. Not everyone gets the game at or around launch. Not everyone had coins at the time to afford him. On top of that, as good as this card is as an 84 overall, it’s not some game-breaking card that had to be hidden from the world. Promes’ in-form card existed on the marketplace either way and so you could get this card in some form or another.

People who took the “risk” and bought in on this SBC early have to understand this is still an SBC and you’re not directly “making coins” off it. Yes, some people get to get the card now for cheaper, but you have already had months to “profit” off this card in terms of getting to use it when others had to buy the in-form versions. If other people wanted Promes before now, chances are a lot of them already paid a premium on the marketplace to get him that way. Should those people also be frustrated because now the SBC is out again?

At the end of the day, everyone wants cheaper SBCs. Let’s not poke the bear here because some people are upset they paid more for a card that re-released for a cheaper price months later. “Sales” happen in all forms in these modes, and this is just another from of a sale.

The same goes for the Flashback Piszczek. The price is now about 80K, and it was roughly 150K+ when it first came out. He’s still a great option as a Bundesliga RB, even with Player Objective Mbabu still most likely being the most meta pick for that league. But again, why be angry about this? Options are a good thing.

And for those who say, “Now I just won’t ever do any SBCs the first time around.” Well, that’s fine to say but sort of ignores how things work with any marketplace. There are much better cards out there now than this 86 overall RB. Paying the same price for the SBC now as you did then does not make sense just to make it “fair” for those who ponied up way back when. You did the SBC originally because you wanted to do it, so this shouldn’t retroactively make you upset about that decision.

Elsewhere, the TOTW Upgrade SBC is much less divisive. Pretty much you just shouldn’t do this one. Giving up an 83 overall squad to get a random Team of the Week card is just too much chance to take unless you really have that many untradeable cards you’re looking to offload. And even in those cases, there are better SBCs to do if you want to make use of some untradeable cards.

The grind is real once again if you want to get this League Player Moi Gomez. Essentially, the FIFA developers have returned to an old (and despised) objectives system where you have to score with players from each team in La Liga while winning Rivals games. The only three teams where you don’t need to win the game while scoring to get credit for the goals are CA Osasuna, Granada CF and RCD Mallorca.

The card itself is offense-oriented with solid shooting and passing attributes, but it really does not look like it’s worth the grind. It’s a card you’re happy to get if you just accidentally do it, but there is essentially no way you would accidentally complete the objectives for this card. You have to specifically grind things out in Rivals with specific setups to get this card.