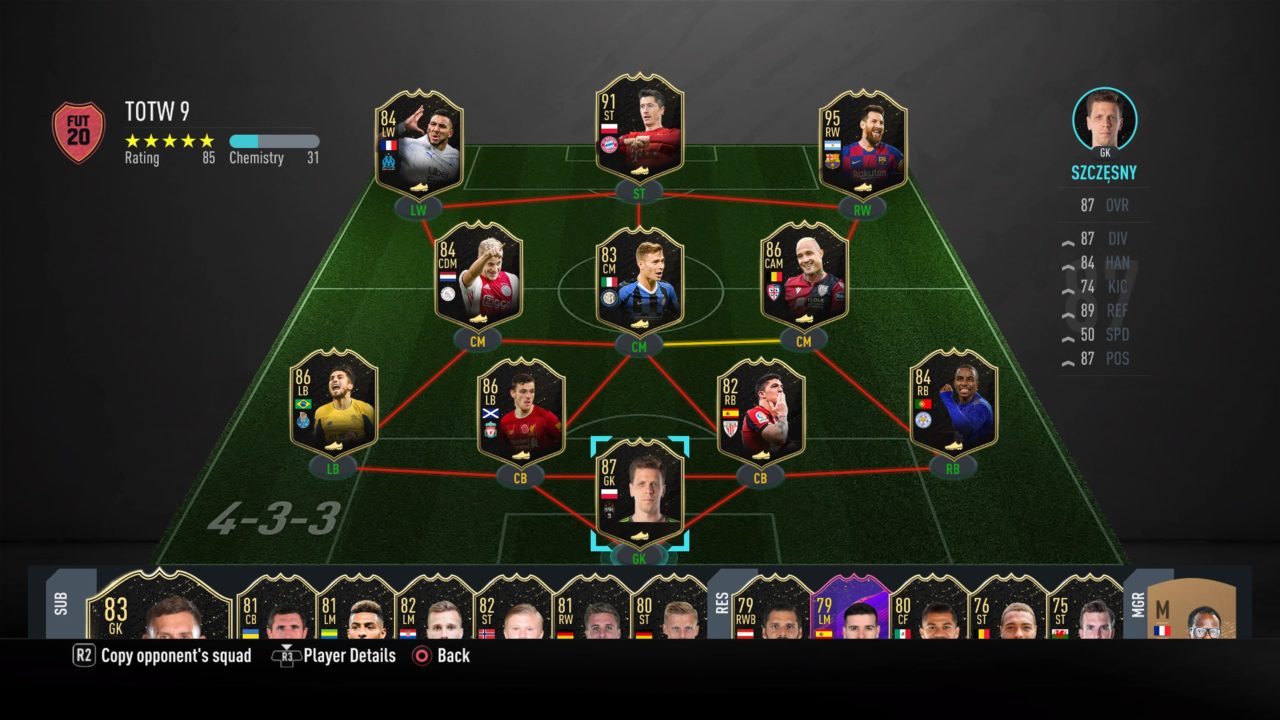 Messi finally gets justice in the Team of the Week selections. 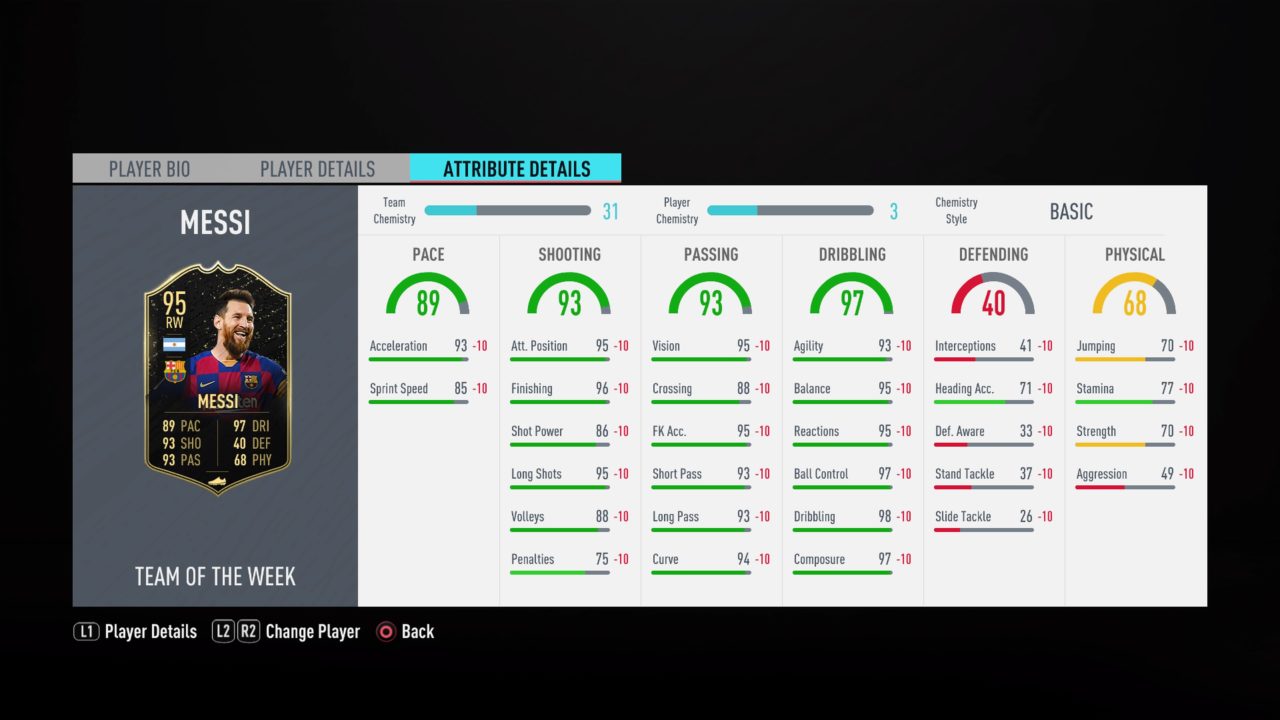 It’s a dope card, and represents some nice improvements over his base gold card. Most notably, he gets a bump in pace (+2). Overall, the card is a +1 over his base gold card and gets small boosts to shooting, passing, dribbling, defense and physical. It is THE card in TOTW 9, and it’s long overdue for Messi. The card is also 2.9M coins right now, which isn’t surprising either. That price will come down some, but he’s certainly not ever going to be cheap.

Elsewhere in the Team of the Week, there are some other big names who got in-form upgrades. Robert Lewandowski already has a POTM card, but this version is even an upgrade over that one. Shooting and dribbling are where this card slightly outperforms his POTM card.

Radja Nainggolan is another meta player who gets his second Team of the Week card of the season. This version is a CAM (like his base gold card) rather than a winger, and his offensive attributes got a little more love for that reason. Specifically, this CAM version has some passing and shooting boosts over his TOTW 6 card.

The last super meta card that was upgraded was Alex Telles. This version is a +2 upgrade over his base gold card, and the +2 in pace is what I look at first with a LB like this. His defending and physicality received +2 upgrades as well.

In terms of potentially cheaper options, Mislav Orsic looks very intriguing. This TOTW version has 95 pace to go with 88 shooting. It also has 84 dribbling and a four-star weak foot. The only potential bummer is it has high-high work rates so may get tired out, but he looks like he could be a really good winger if you want to change him from LM.

We also got our third Hero card in Victor Rodriguez, which I simply call out for the quick sell value. 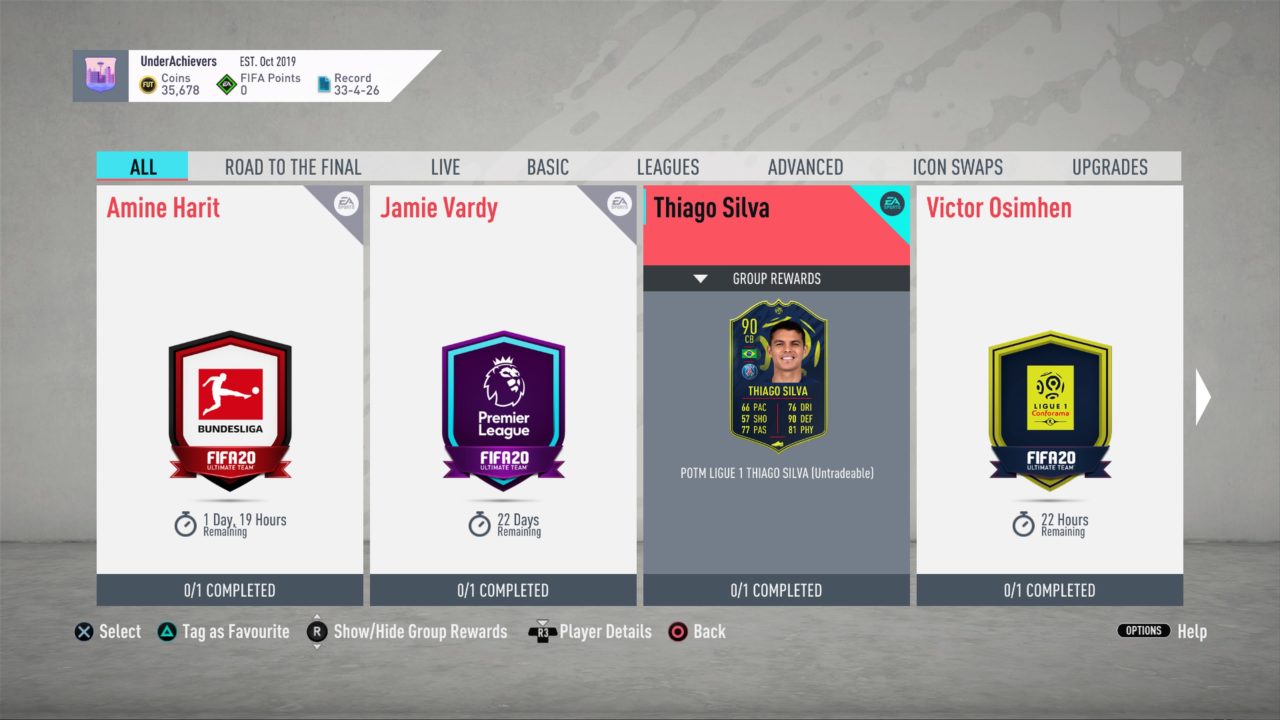 We also did get our Ligue 1 POTM SBC today. Everyone in the FIFA community wanted Ben Yedder, but they only have so much power over the voting. So instead we got a 90-rated Thiago Silva. The cost of completing the SBC is about 65K right now, according to FUTBin, which is not bad at all for a 90-rated card.

The issue is this Silva still has some weaknesses. His 66 pace is brutal and there’s no real way around it. If I compare him to the 90-rated Scream Pique that was also recently released, it doesn’t do Silva any favors either. He has slightly better interceptions than Scream Pique, but otherwise Pique beats him out in every important way for a CB. Maybe you like him for a Brazilian link to Allan or Fabinho, but I think there are clearly better options out there at the top end for CBs than this Silva. 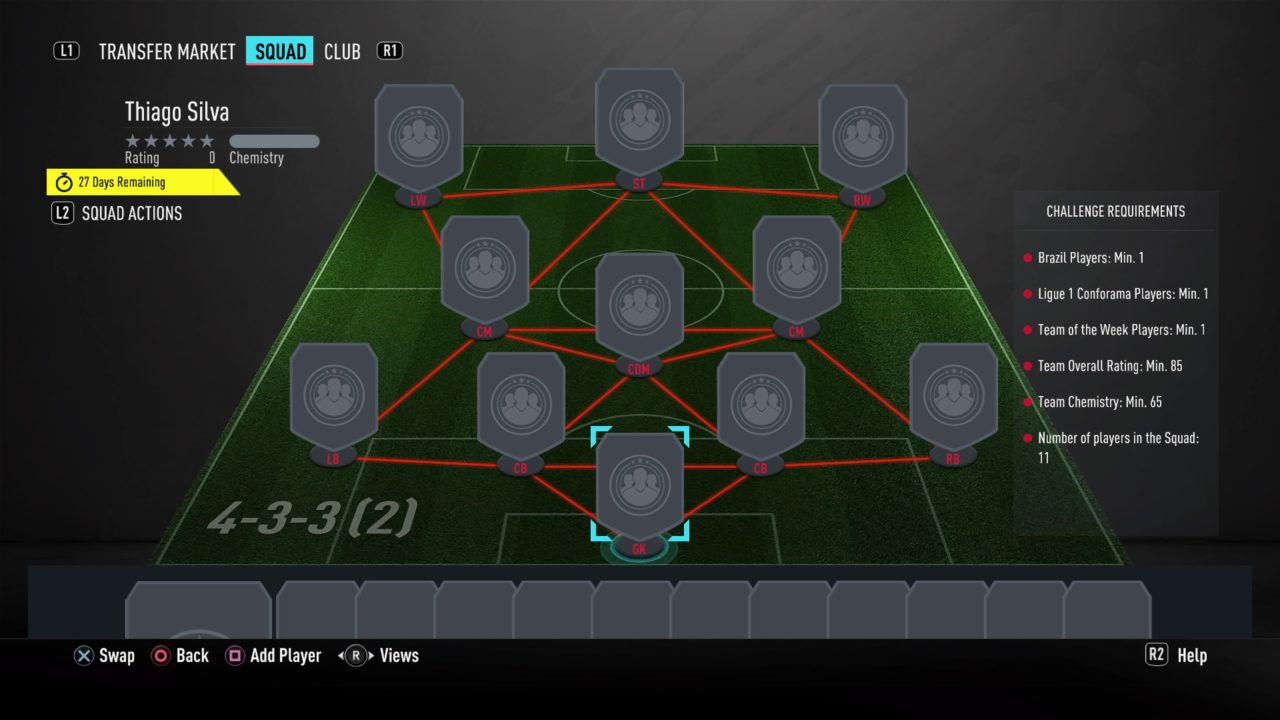 As for the SBC itself, you can see above what the requirements are to complete it.