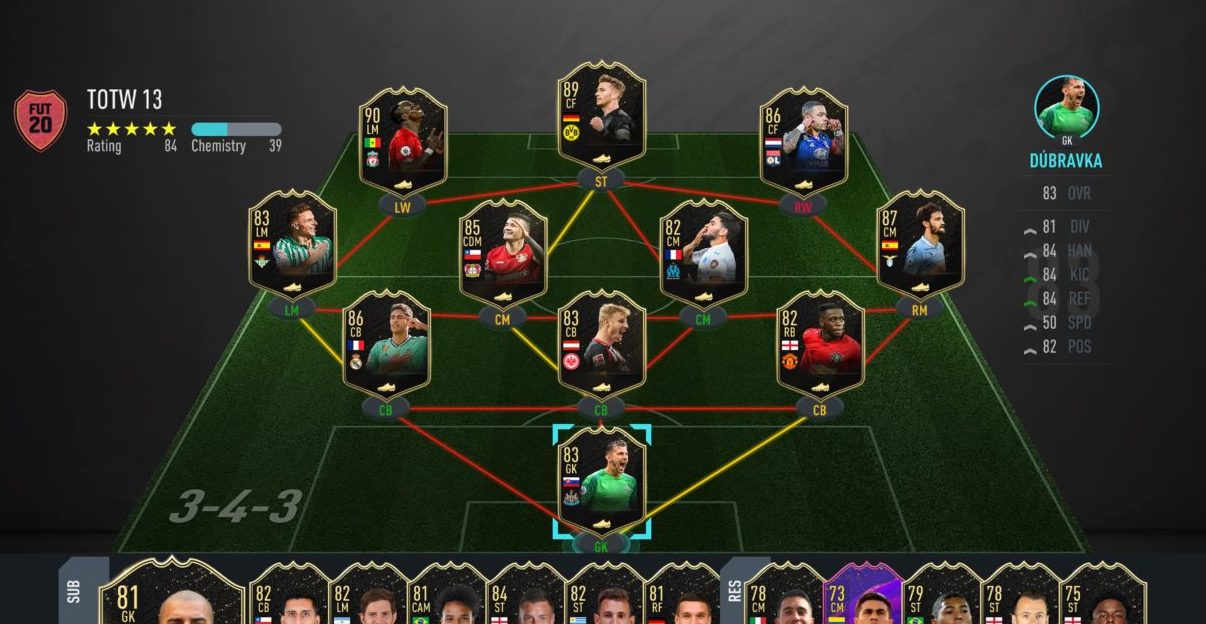 Team of the Week 13 in FIFA 20 FUT is one of those releases where you glance at it, shrug, see a player or two that makes you say “cool” and then you move on to waiting for FUTMAS later today.

I start with Vardy just to call out how furious some people must be to get this card in their red picks and just pack him overall. I think everyone and their mother did the Vardy player SBC, and this version is worse in every way, and a -2 in overall rating. I also think he’s just overrated overall. I know people use him because of the pace and the cheapness of his SBC, but there’s just better versions of what Vardy brings for the same or a lower price. However, that’s not really the road I want to go down in this particular article. Just know, I know your pain if you packed him this week Vardy SBC owners.

The bummer here is a lot of people have probably been waiting for a Varane upgrade all season, and this just is not a very big one. It would be foolish to pay over double his gold price to pick him up, and that’s what the disparity is right now. His regular gold is at 200K, and the in-form TOTW is at 430K. Save your coins and just get the normal gold version if you want Varane. Even for things like Weekend League, I don’t see the reason to get this new version.

Alberto gets his second in-form upgrade of the season, but his price continues to lag behind his overall, and that’s because the pace is very low. The other issue is he’s not some long-distance shooting beast or defensive whiz, so he’s stuck in a playmaker role. His passing is top tier, and he’s hard to knock off the ball, but not many people are looking for that plodding playmaker who can’t be super reliable as a CDM this season.

Depay is a good FIFA player this year, but the issue here is he already got a Road to the Final card. The RttF card is slightly different from this one, but both are 86 overalls. Lyon is going to advance in the Champions League so that RttF card will be upgraded and surpass this in-form version in due time. That being said, it’s a 300K card while the in-form is 80K so it’s another one of those value propositions. He has some solid links, which also helps boost him in addition to his pace and shot power. The other nice thing about Depay is the five-star skills and ideal work rates of low defense and high attacking. Again, he’s a good card and remains a good card in his various forms.

Mane is another one of those embarrassment of riches cards as this is his second in-form, on top of a RttF card and an already good 88 overall standard gold. His RttF card is a LW while this version slides him to LM, but the RttF card is of course getting an upgrade as Liverpool coasted to the next round of Champions League. Still, this card is technically better than that version for the time being, but of course that will change soon. I don’t think I need to extol the virtues of Mane too much though, it’s just a question of how much do you want to spend.

This card is at 750K right now, and I would not be so sure it drops a ton once his RttF card gets upgraded as that version is 1.35 million coins. His gold hovers around 270K right now as well so it’s hard to really judge where this 90 overall goes from here. If the Messi SBC is any indication, maybe the Mane base gold card falls a bit more as it’s a somewhat similar comparison. Regardless, Mane is a pace god with four-star skills and a four-star weak foot who is an easy sell if you have the coins.

Reus having the price of 415K right now is funny when you consider it’s a +1 overall from his 88 overall gold card. You’re only getting a +1 pace, +1 shooting, +2 passing, +1 dribbling, +1 defense and +2 physical, so this ends up falling in line with Varane on an even more absurd scale. His standard price is about 85K, so no, the upgrades here are not worth an extra 300K in coins.

However, I do think Reus is good and also underused so far this year. He’s another one of those players who is overlooked because his pace is not insane, but I have made a killing this year exploiting those sorts of mindsets. Reus is like Lewandowski or Kane in that you don’t pass on someone like this because the pace is not incredible. Reus is so well rounded as an attacking player, and his pace is not bad or anything, it’s just not crazy. And if you want some more pace, chem him up and you’re good to go.

So pass on this card for now, but definitely look into Reus overall.

Wan-Bissaka gets called out because it’s a Ones To Watch upgrade. He has great pace, and he’s slowly starting to get that physical rating up a bit. He is not yet in the territory of Kyle Walker or Cancelo for most-used EPL right backs, but he’s inching up the list now. I would love to use this card, but I can’t justify it over the cheaper standard Walker gold card quite yet. I do hope the price on this card drops from the 65K or so it’s at right now because I would love to get in on the action though because I love using “second-tier” players from the big leagues for whatever reason. 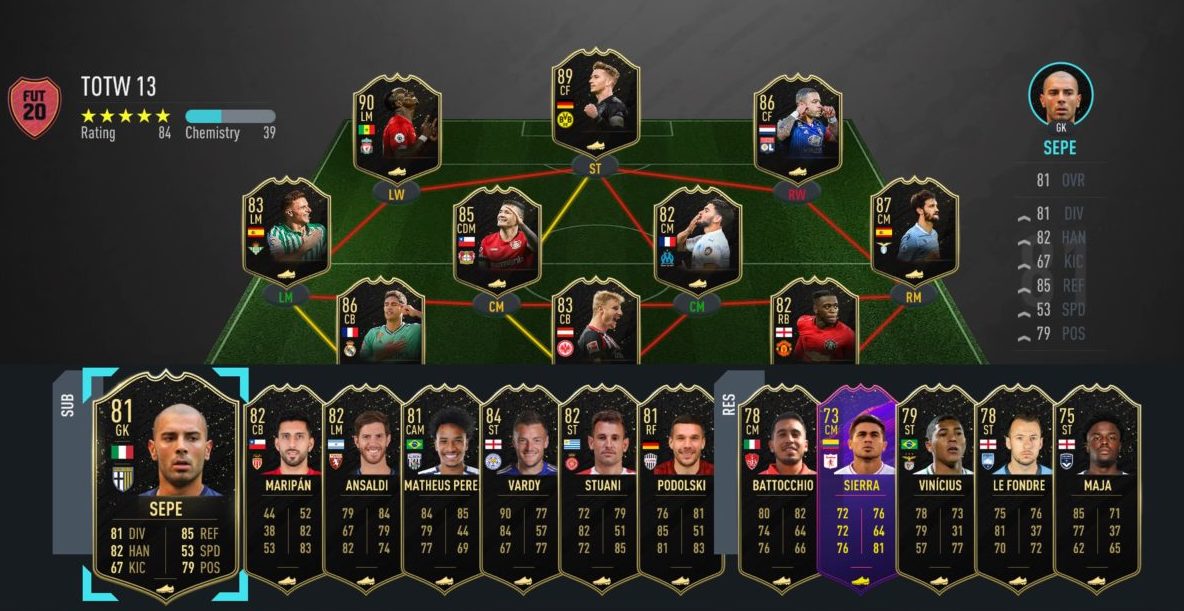