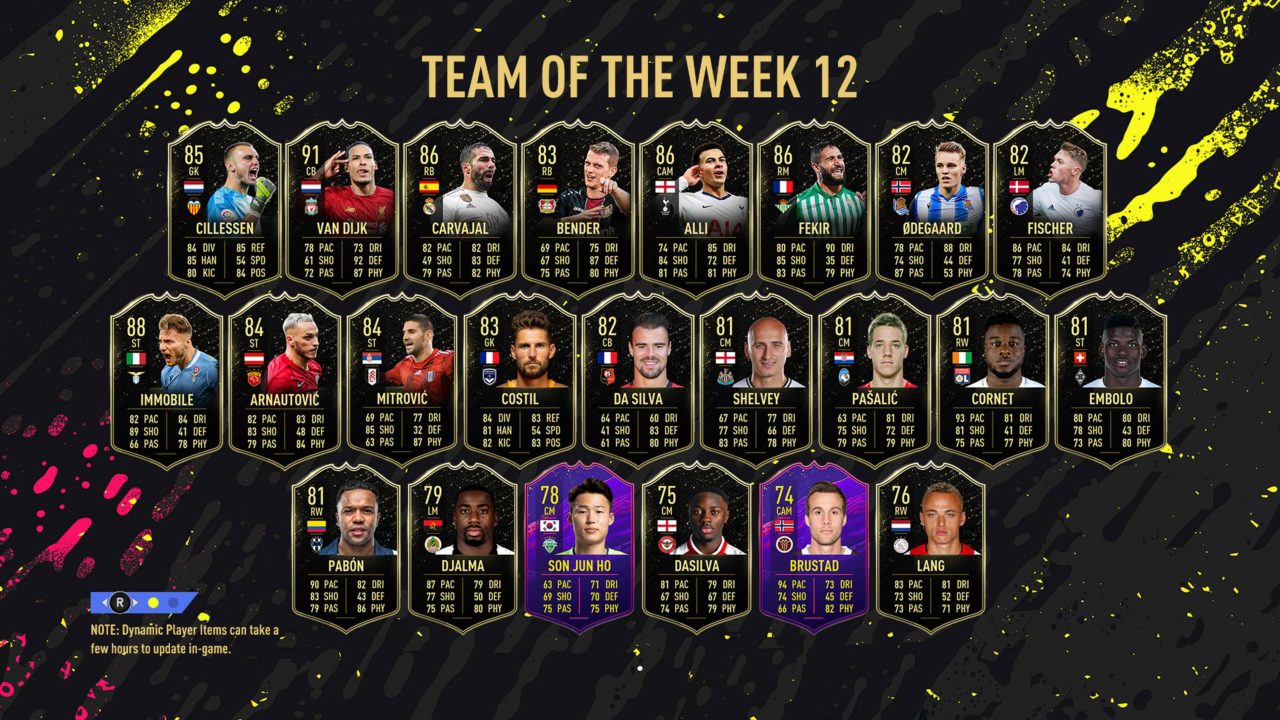 As if people needed another reason to want a Virgil van Dijk card, he now has an in-form card courtesy of Team of the Week 12. It’s a low excitement week overall because, outside of van Dijk, I don’t think we’re looking at any must-have cards for the masses beyond maybe Carvajal. That doesn’t mean there are no good budget cards here, but with TOTW you’re more looking for hype on top-end players rather than lower-end value because most of these cards don’t sell for much profit outside of those small few.

Right now he’s at 1.25 million coins in the marketplace, so about double his base gold card. That will come down some I imagine, but the appeal of this card is a given. The upgrades are not massive, but adding any sort of pace and playmaking to an already-dominant card is good news for all the people who use the Liverpool CB. Do I think he’s worth double his gold price? No, but I understand why some people would dish out that amount of coins to use him in Weekend League.

Dele Alli has a Scream card out there that is +1 in overall to this in-form version. When looking at those two versions, this card has better shooting and dribbling, but the Scream version is more well rounded with better defense and physical attributes. Be that as it may, you’re not getting Alli to play defense, so even at -1 overall, I think it’s easy to say this card is actually the best Alli card available now.

Depending on who you ask, there is still some debate about who the best RB is in La Liga. I’m partial to Scream Trippier, but the most common answer you’ll get is most likely Semedo, even though Carvajal has better overall ratings (beyond pace).

There is a 75K+ difference between this in-form version and the base gold version, which is quite a bit, so I would personally wait for that to come more in line if you want this card. Either way, this Carvajal does make deciding who the best RB is in La Liga at least a little more challenging.

We are just chock full of Immobile cards at this point. He has the Road to the Final card and an in-form from Team of the Week 4 already. With this version, just know he now beats the old in-form version in every way, and either beats or ties the RttF version in every way as well. 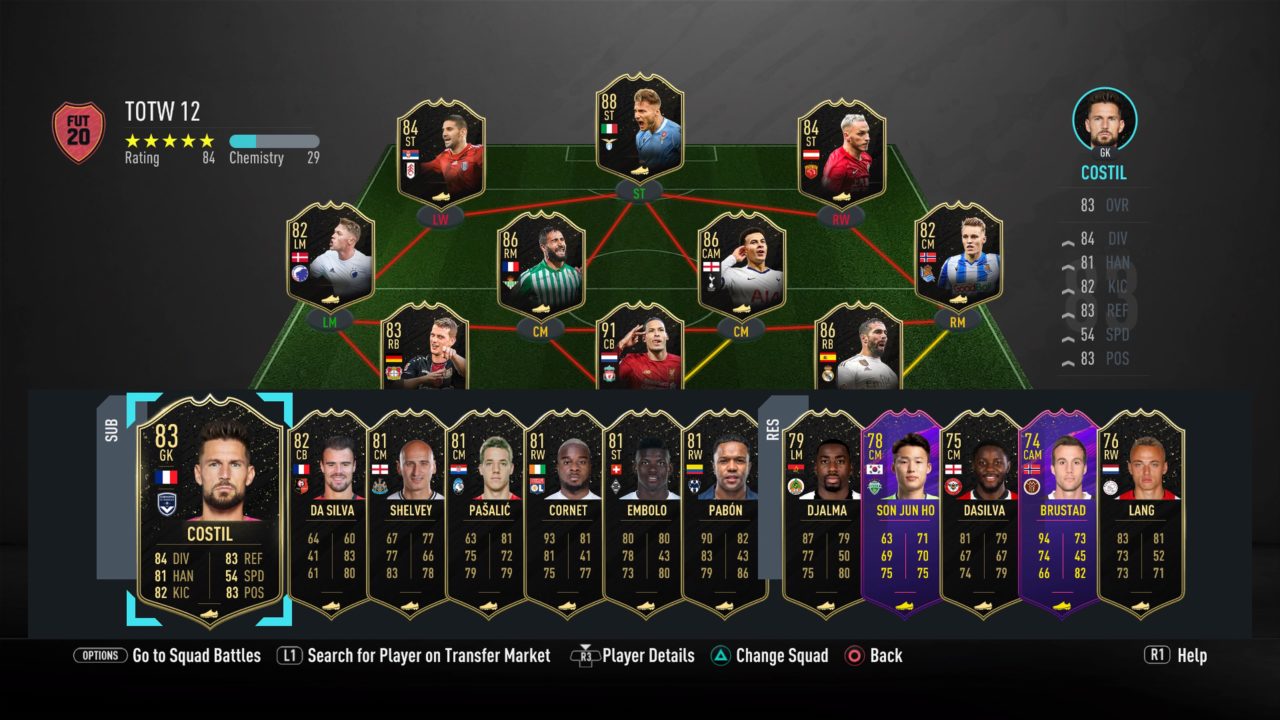 The full list of players from Team of the Week 12 is as follows:

Cancel reply
Comment on this article
Continue Reading
You may also like...
Related Topics:FIFA 20, fifa 20 FUT, FUT, fut 20, team of the week, totw 12