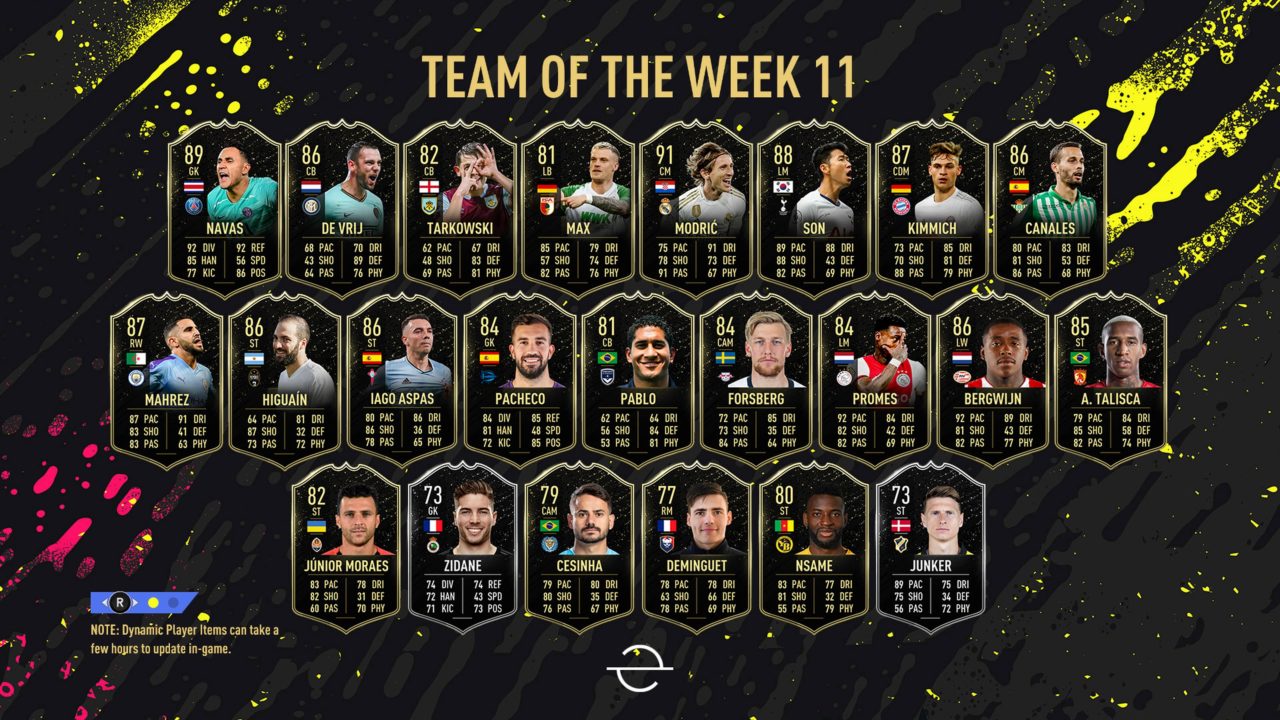 Team of the Week 11 came out earlier today, and it’s a bit of a come down from having Messi followed by Ronaldo, but there’s still some intriguing pieces here, namely LM Heung Min Son. But screw all that, we’re starting with the criminally overlooked Quincy Promes, who finally gets an OTW upgrade. 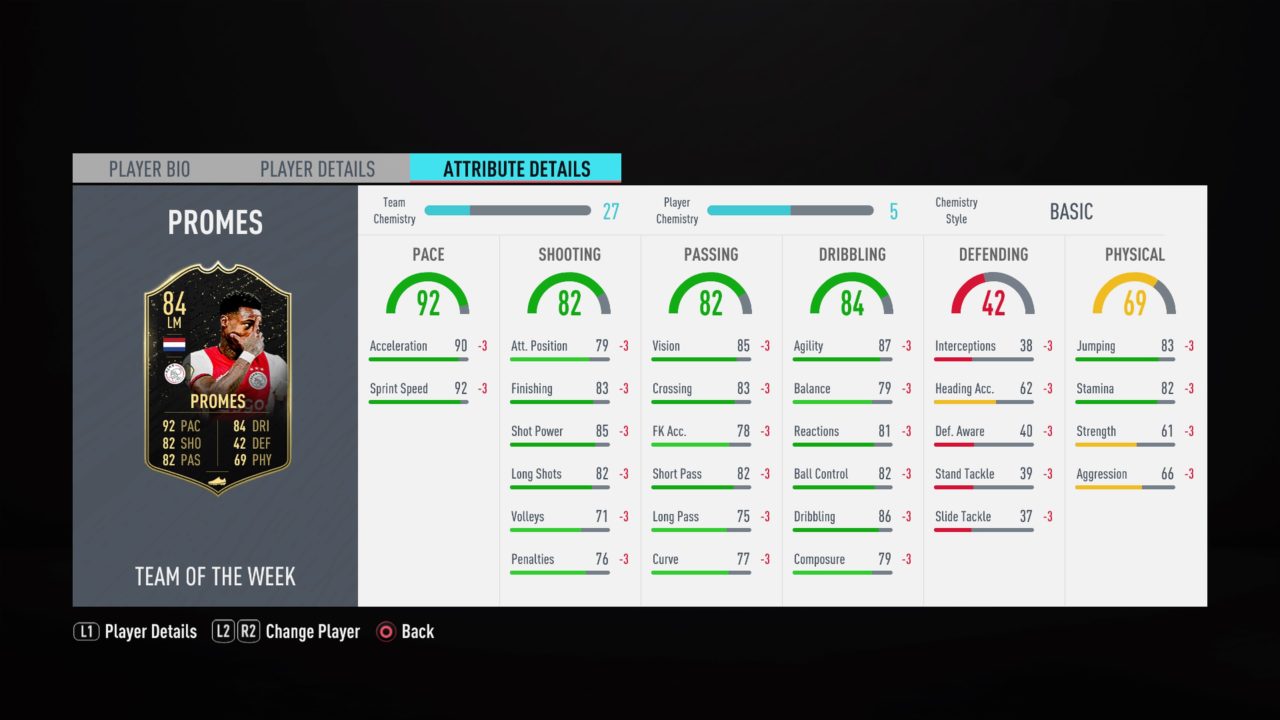 For whatever reason, EA has not wanted to give Promes a TOTW card, but that finally changed today. This card is also a left midfielder rather than a left wing, so you may get to save a position modifier with this version.

Now, sadly for OTW Promes investors, the issue is a lot of his gains were already baked into the hype for him finally getting TOTW, so his card did not really rise in price. That being said, this is normal for OTW cards overall, so that’s why it’s always good to sell on the hype rather than after a player gets that TOTW upgrade.

With Son, there’s a lot to navigate here because he has a Road to the Final card that is already incredibly expensive. This TOTW Son did get as high as 1.6 million, but RttF Son is still at 1.8 million coins because of the potential for upgrades, and probably its overall rarity.

When looking at these two juiced versions of Son, they’re very similar 88 overall cards. The TOTW Son has slightly better shooting stats, and the RttF Son has slightly more stamina and strength, but really you’re looking at the same card except RttF Son is a CF — like his base gold card. I can’t in good faith say either of these Son cards are worth north of 1 million coins, but since TOTW Son has dropped back towards 800K, that’s a somewhat more reasonable total.

Riyad Mahrez is another tough one because he has a prior TOTW in-form and also has a RttF card. He’s a RW in all these cards, but this in-form is now the best version at 87 overall. In comparison to the RttF, you get +1 pace, +1 shooting, +1 passing, +1 dribbling, +1 defense and +1 physical. With this Mahrez, the thing is just add +1 to just about every key stat and that’s what you’re getting over RttF Mahrez.

This card is, again, much cheaper than the RttF version because of the built-in hype for Manchester City in Champions League. That being said, I would just go with the first Mahrez in-form if you really want to play with him because the upgrades are not sizable enough on these two other versions to me to be worth the price differential.

Luka Modric is another card I want to briefly look at because he’s not as meta this year, but this is still a top-rated card getting an upgrade. In comparison to his base gold, you get +1 pace, +2 shooting, +2 passing, +1 dribbling, +1 defense and +1 physical. This amounts to +1 acceleration, +2 shot power, +2 long shots, +2 short passing, +1 long passing, +1 agility, +1 balance and +1 stamina. I personally still enjoy Modric this season because he’s still great in tight spaces and delivers some unreal balls, so if this card is affordable like his base gold I would probably take a look at it.

Lastly, we have Joshua Kimmich, who also gets a +1 overall over his base gold card. This means he has +1 pace, +1 shooting, +2 passing, +1 dribbling, +2 defense and +1 physical. He gets a lot of the normal upgrades you would expect elsewhere, but what’s key is the position change from RB to CDM for this card. He becomes another potential anchor in the middle of a Bundesliga squad, albeit he was probably still the top RB in the Bundesliga, depending on how you feel about RttF Mbabu. Either way, it gives Bundesliga-focused teams some new optionality. 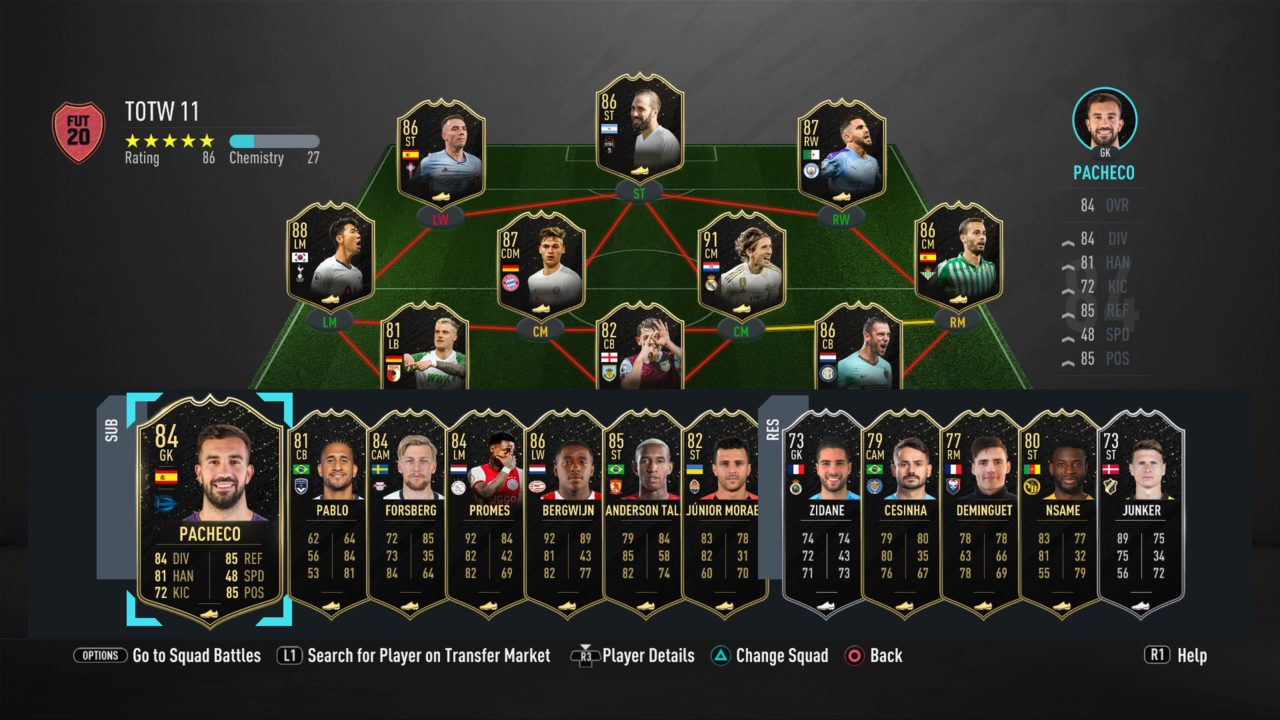 Recapping the entire team you have: