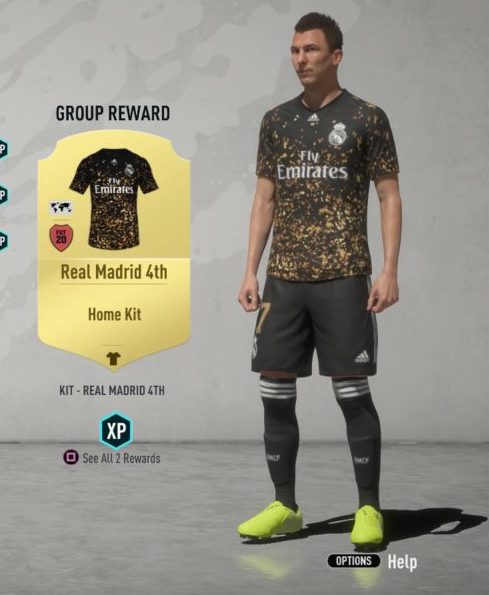 Just a reminder that today we’re getting an old favorite in the form of Team of the Group Stage cards.

You can mostly put together who is who, but it’s going to be wild getting another upgraded Messi and yet another high-rated Son. FUT Watch also posted the card backs for this pack promo:

Looks good, and also serves as a reminder that the Team of the Group Stage includes both Champions League and Europa League. The second reminder here is that these cards will not upgrade round-to-round. They are static so don’t invest in them like the Road to the Finals cards in hopes they will be boosted based on good team play.

Elsewhere, we do have Midweek Fixtures and Marquee Matchups up as well.

The Midweek Fixtures gives out a Mega pack, which is a dope reward for what will cost roughly 7K to do from scratch (as of now):

For the Marquee Matchups, you get a Premium Gold Players pack for completing all four matchups. The total to complete all four of these is about 25K from scratch, according to FUTBin. It’s no Mega pack for 7K, but these are generally not terrible value either.