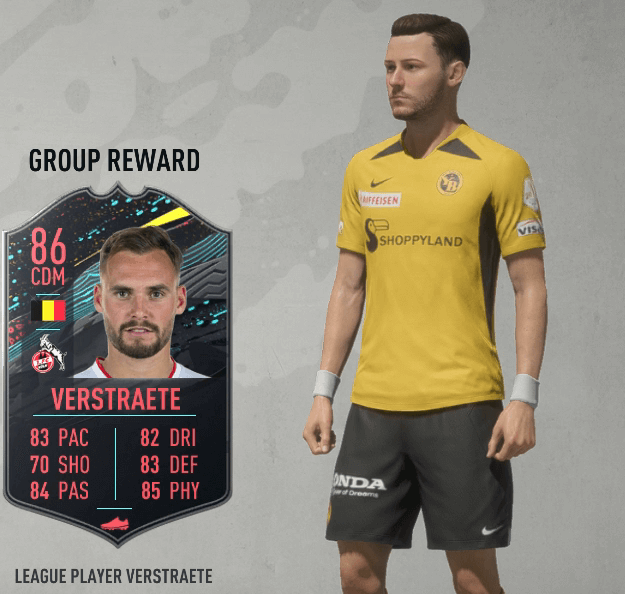 No new Headliners today, nor did we get a new Headliners puzzle SBC. However, we did get a new Player Objectives Verstraete, which will be a grind but is not impossible to do. I am surprised we didn’t even get a new puzzle SBC, but either way, let’s run through the general scope of this new challenge.

It’s a straight forward style they have done before with the Player Objectives. It involves getting lots of goals and lots of wins with Bundesliga teams. For all but three Bundesliga teams, you need to score a goal in two separate matches while winning the game in Rivals. Again, not shocking as we’ve seen this goal system multiple times at this point. I don’t love this structure, but the FIFA team has been consistent with it.

With three teams, you just need to score goals with them in two separate games, but you don’t need to win. Those teams are FC Koln, Paderborn and Union Berlin.

Quick Analysis: There’s plenty of good options through the middle in the Bundesliga at this point. You can go with Thiago, Kimmich, Witsel, etc. That being said, I like this Birger Verstraete because it’s a new face to use. He was previously a weak silver card, and now he’s asbolutely a CDM option. He has great agility and balance to go with fantastic physicality stats beyond strength. Getting a CDM with decent pace is always a nice perk as well. He’s not going to be someone you use to score, so the three-star skills and weak foot is mostly irrelevant as well.

I won’t blame anyone if they don’t want to grind out Bundesliga wins, but I plan on doing these challenges at this point.