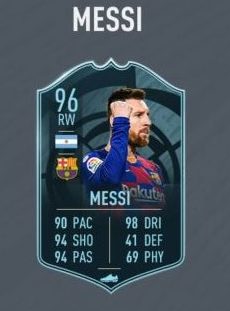 Well, EA warned us a Messi Player of the Month SBC was coming and it would be a 96 overall, and yet, it still takes a little bit of time to come to terms with it.

In relation to the Team of the Group Stage card, this one is slightly worse, but it’s not in any way that truly matters. His strength and stamina are still the only areas where either card is “weak” and has room for growth. The SBC itself is what matters here because it puts into context what is going on with the marketplace and Messi’s other cards during these next 30 days while this SBC is active.

As of now, the SBC costs about 2.2 million coins, according to FUTBin. That is close to fair value for this card. It’s not a deal, it’s not a ripoff. Now, that could change somewhat because you need to do 7 separate challenges to get this SBC. If prices start to go up, then this could change the equation. The other factor is the other Messi cards. His Team of the Group Stage card is up to 2.4-2.5 million coins, which has the +1 pace, defense and physical. Again, that seems to be in line with things. His in-form is at 1.6 million and his base card is 1.2 million. So, if anything, what this Messi SBC has done so far is make his standard gold card way cheaper and more appealing to those who want any Messi.

With these challenges, what we will need to watch are the prices of 86+ overall cards. So far, the inflation seems to be happening to the 89+ overall cards who would go into the three 89-rated squads you need for this SBC. I expect that to change eventually, but because certain high-rated cards were very cheap in comparison to their overall rating, this is more the course correction of the SBC than anything else. Those cards were under valued as they were not needed for a ton of fodder SBCs, and now they are needed. Simple.

Really, I’m looking at gold-rated Messi today, and probably will continue to look at him as the smart buy. Messi cards are all awesome, and paying the premium for one of these newest ones does not make much sense when his price should fall a bit once people realize he’s not going to get cards that are really much better from here.

Also, the packs attached to these challenges are below average. They really won’t offset a ton of the cost unless you get extremely lucky.

New Marquee Matchups are up, and it’s not a great batch of rewards. 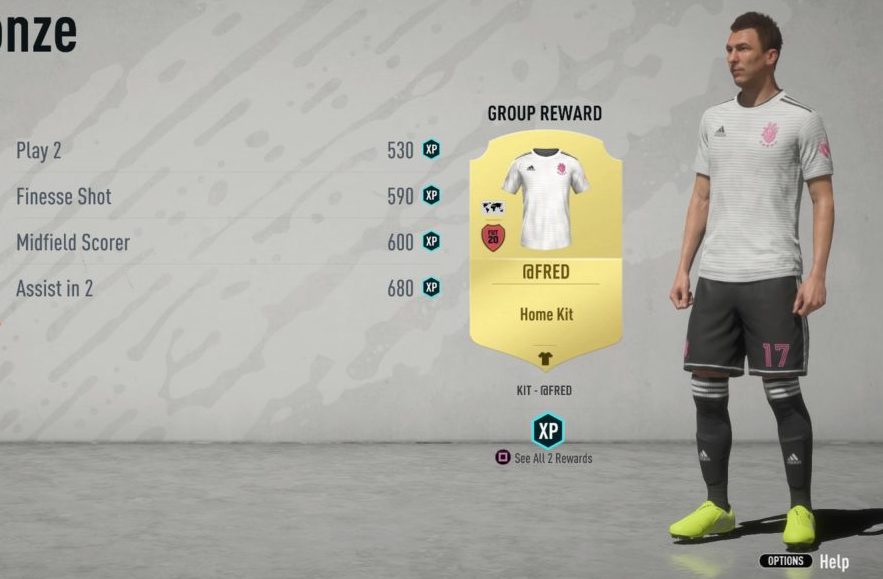 Lastly, we’re in the final stretch for this season. We have about 7 days left, and so this new set of Weekly Objectives is one of the last ways to get a chunk of XP if you’re still chasing level 30 for the season.