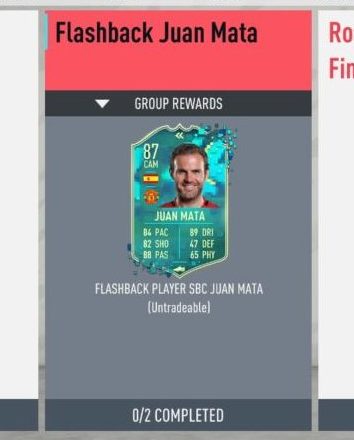 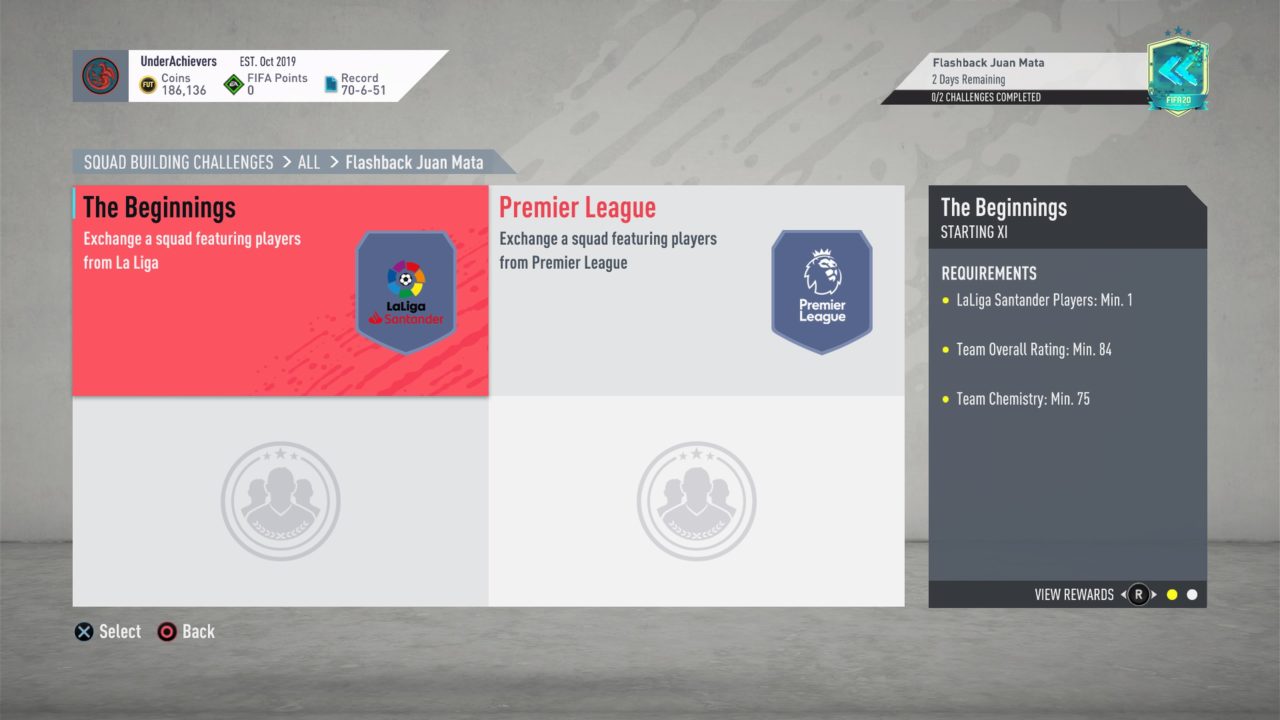 You only have a couple days to complete this Juan Mata SBC, and the price is around 130K right now to complete the two challenges attached to it, according to FUTBin. As has been the case lately, this isn’t a hard challenge to put together, you just need some spare coins and a desire to get Mata.

While these are described as exchanging La Liga and Premier League players, you just need one of each for the specified challenge. The bigger issue is putting together a team that is 84 overall for The Beginnings, and an 85 overall team for the Premier League challenge.

As for the card itself, I do think a lot of it fits the meta. Juan Mata is just 5-foot-7, and his balance is 95 to offset the 47 strength. He’s obviously great for set pieces, has great passing and his pace is good enough to survive at 84. Being a Spanish Premier League player means he has plenty of chemistry links as well. So while it’s maybe not worth 130K, you don’t have a ton of options around 87 overall who are attack-oriented CAMs (without position switching at least). In fact, I struggle to think of any CAMs at 87 overall who really match up there. There are some 86 overalls who are more in line with what Mata provides, but again, just trying to give you a basic layout.

Elsewhere, again, the market is going crazy for these Road to the Final cards. I sold a Thomas Partey that I bought at 160K at 174K last night, and he’s already up to 198K today. Now, this isn’t entirely shocking because these cards are going out of packs, but it’s surprising to see basically all of them shooting up in price — some by exorbitant amounts in such a short amount of time. I assume this will level off, but then get crazy again when the Champions League (and Europa League) starts back up.

Lastly, two reminders that Weekly Objectives are not live as of yet, and Squad Battles rewards went out yesterday.