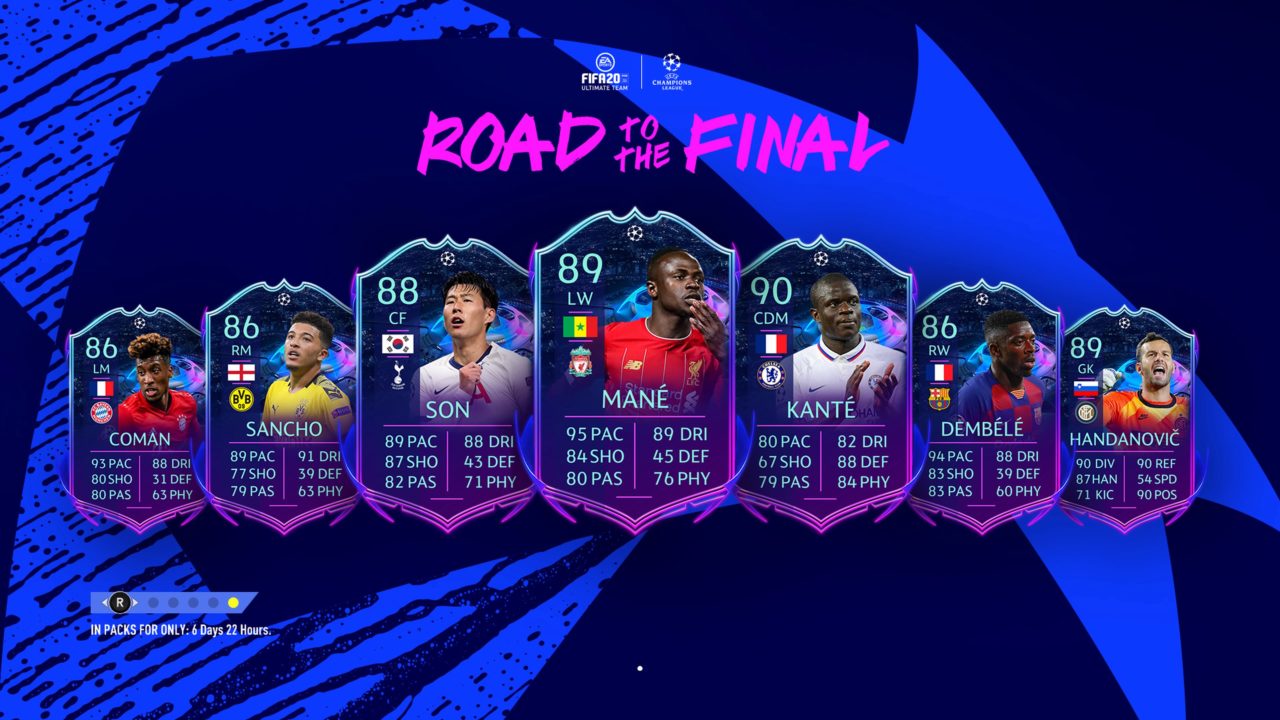 It’s been a wild last 24 hours on the FUT marketplace. The new Jamie Vardy SBC crashed the market in a way rather uncommon for an SBC, and we got two new sets of cards for the Road to the Finals promo (among other things). 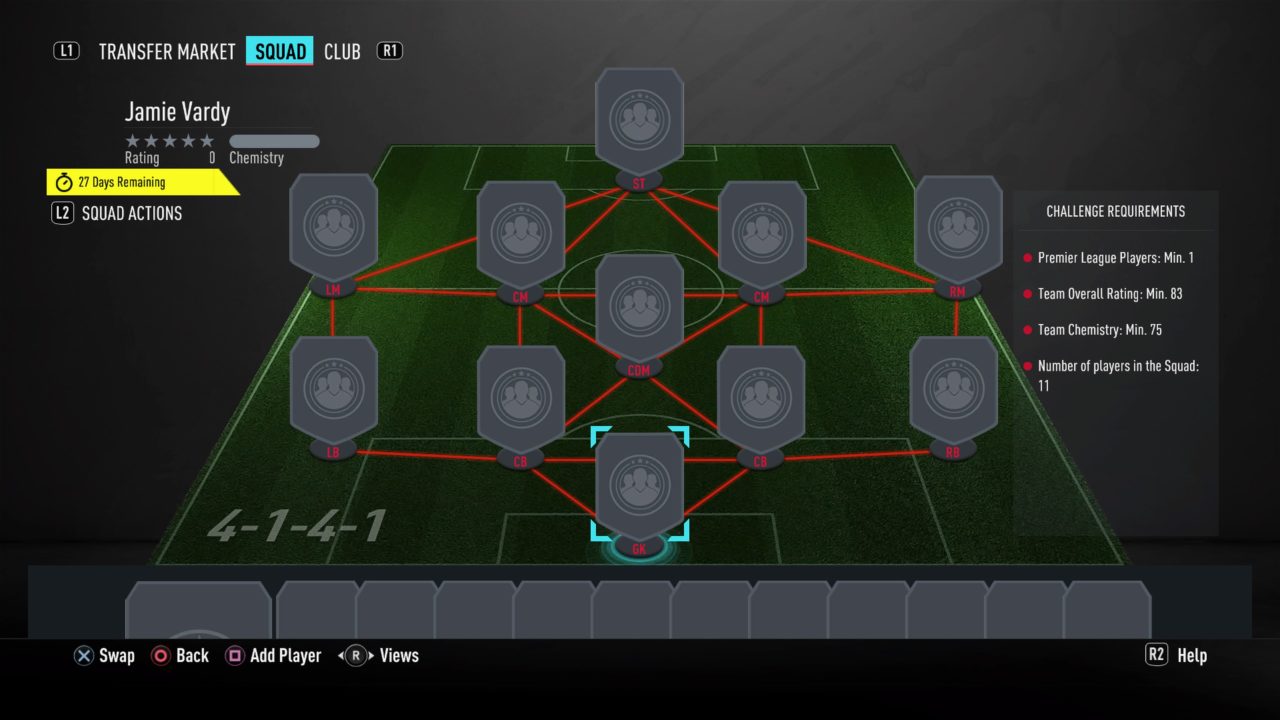 I have to start off with Jamie Vardy because what a hot mess he turned the market into when he was released today. It’s an extremely cheap SBC considering you get a 92 pace, 85 shooting player of the month card for under 22K right now, according to FUTBin. That being said, he cratered the market of a ton of players because he was such good value as an SBC. You only need an 83 overall team with a team chemistry of 75 to snag him, and it’s really one of the more obvious SBCs to do so far this year. 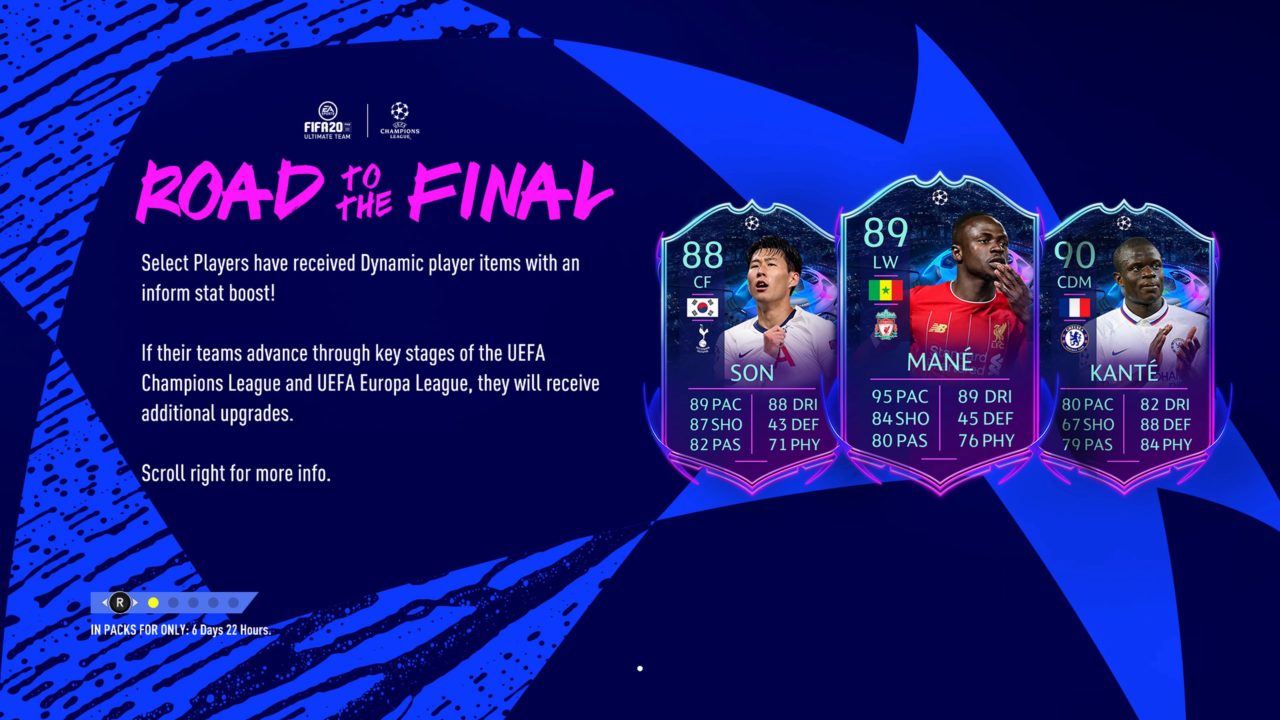 As for the promos, tying in with the start of the FUT Champions Cup, we got the return of my favorite FUT promo in Road to the Final. Basically, how it works is FIFA releases a group of players from the Champions League and Europa League, and you more or less “gamble” on what teams will do well and continue to advance. As they advance each round, their ratings go up little by little. So if you sit on some of these cards for a couple months, your 85 can turn into a 91-rated monster.

You can see the breakdown of how it works below: 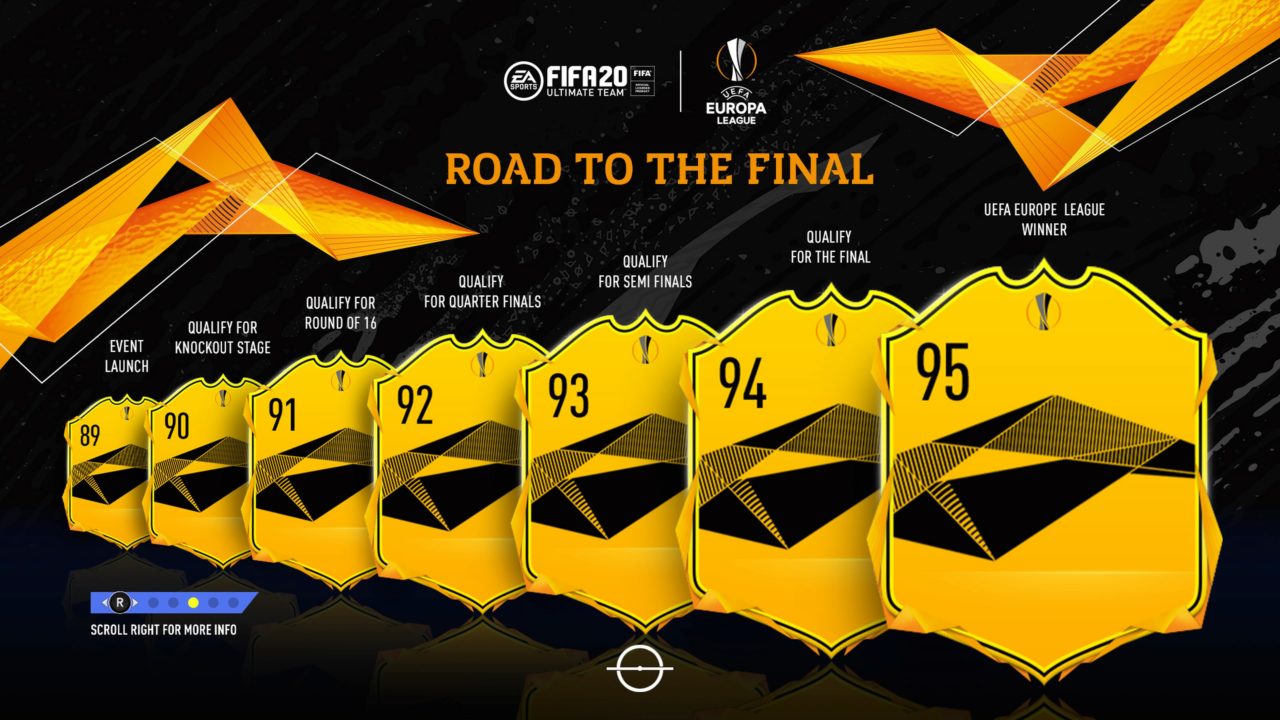 In total, EA released 17 of these player items into packs, but they also released two others via an SBC and dynamic player objectives. The 17 players can be seen below, and I will touch on the SBC and player objectives right after.

As for the SBC, it’s the return of Joe Gomez for the second straight year. He is, much like last year, an incredibly expensive SBC, clocking in at about 340K right now on PS4, according to FUTBin. The SBCs themselves aren’t challenging to figure out, it’s that you need two 87-rated squads and an 85-rated squad to trade in to get the Joe Gomez. Of course, part of why his cost is also so high is that he’s a Road to the Final player, so his 83 rating could end up as an 89 if Liverpool wins the Champions League. Either way, it’s hard to sell doing the SBC at that price, so it’s the counter to the very affordable Vardy SBC I suppose. 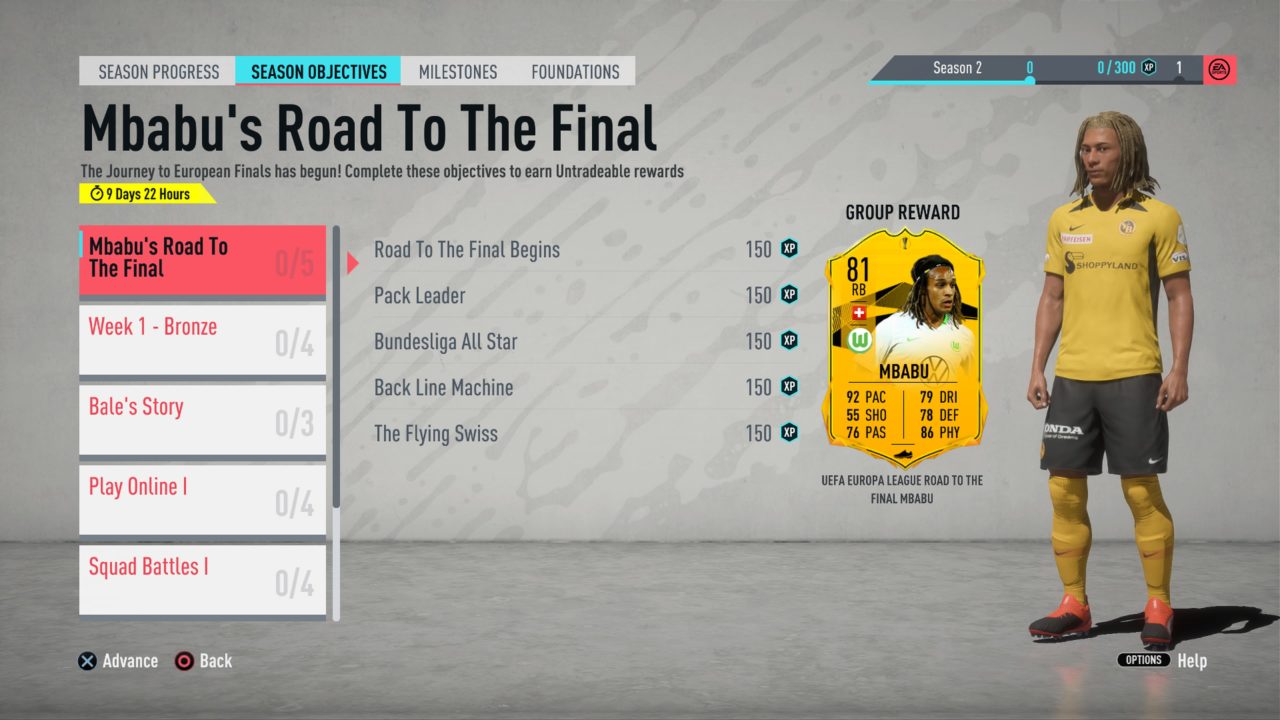 The other card here is the Kevin Mbabu Road to the Final card. The dynamic objectives to get this card won’t be easy, but he looks like an intriguing option, especially for the Bundesliga. Again, like the Champions League cards, this 81 could end up being a lot higher in a couple months as well. 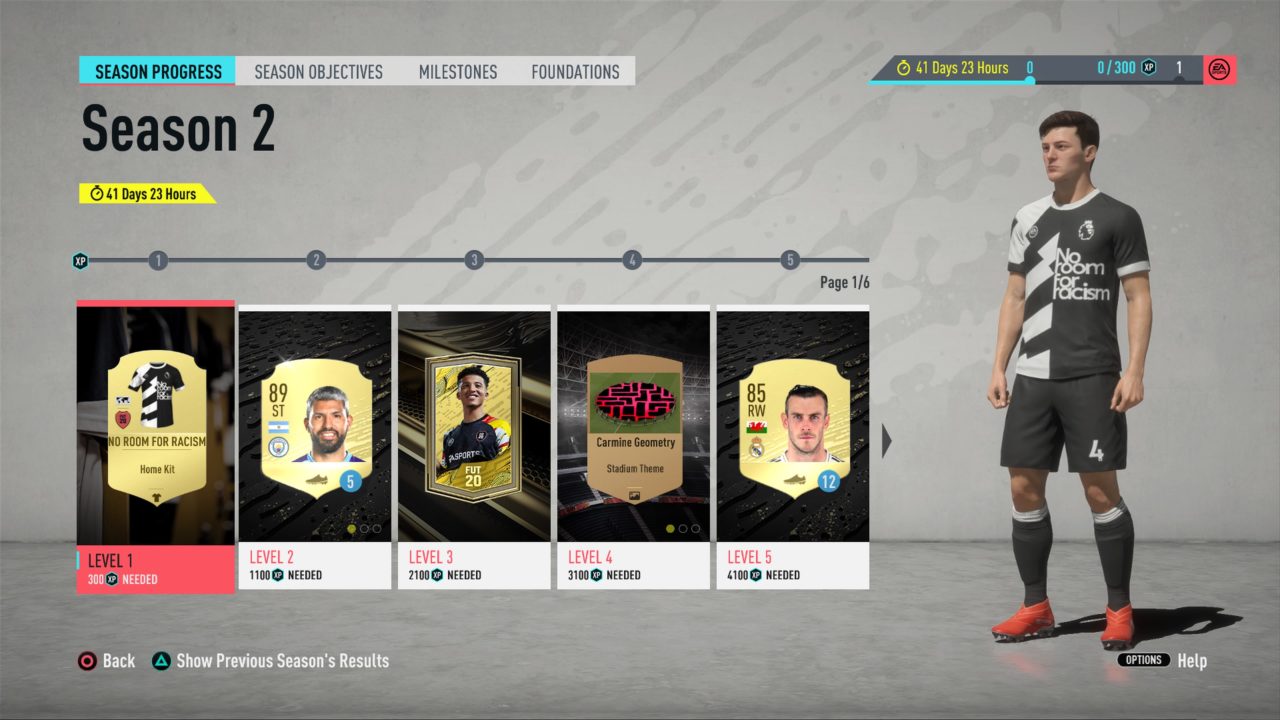 Lastly, we got the start of Season 2 today. The three players you’ll have to choose from if you get to level 30 are Alex Oxlade-Chamberlain, Danilo and Gelson Martins. I have not looked too closely at those three players, but I would think the Danilo may be the pick purely because there’s not a ton of RB talent in the Serie A at this point.

Also worth noting before the end that we did not get new Icon Swaps content today. Many did expect it since the first batch did wrap up, but I assume EA just didn’t want to release even more content today, so we should be on the watch for that stuff next week.