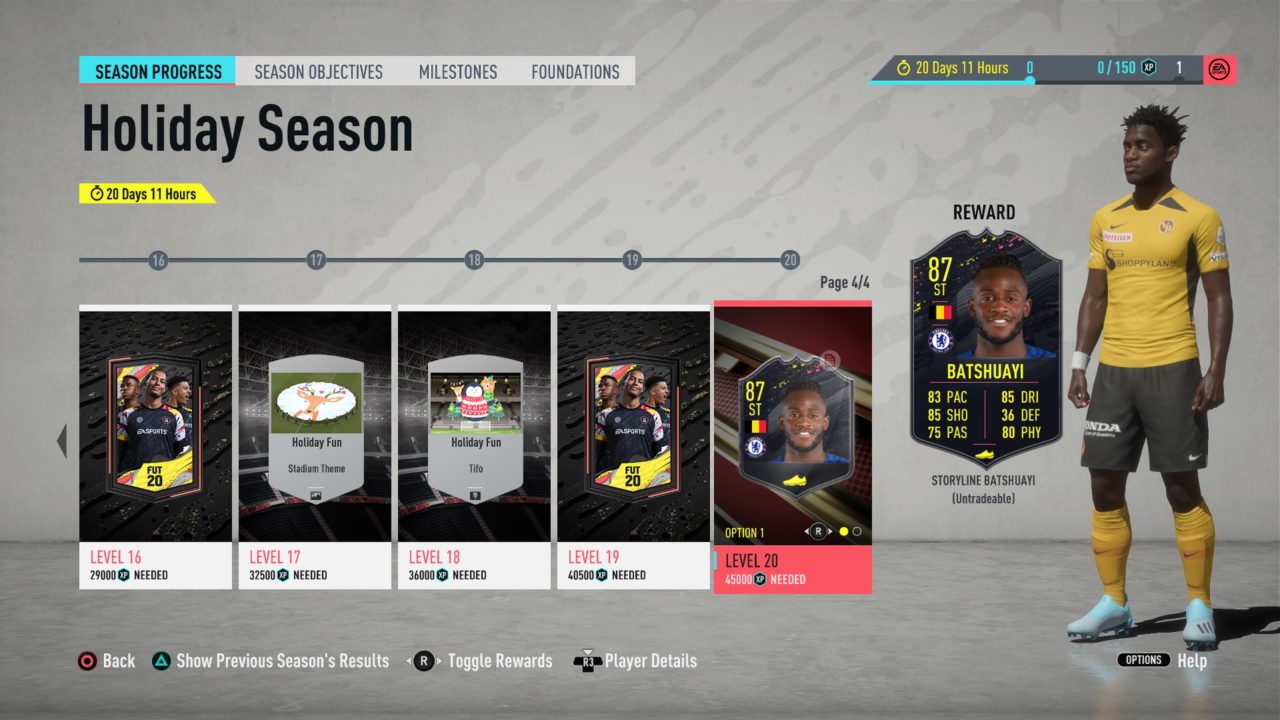 It’s a truncated season for FIFA 20 FUT this time around. This season has been dubbed the Holiday Season to, well, coincide with the holidays. This season update did provide some quality of life improvements, as well as various new objectives to get XP and other goodies. Let’s touch on some of them below.

We finally got a swap of daily objectives so they won’t be the same three you have seen for months. They should at least rotate a bit more, or at least have one changed out that is not just “buy a player” each day. You also have different daily rewards available as well if you finish all three objectives for the day. 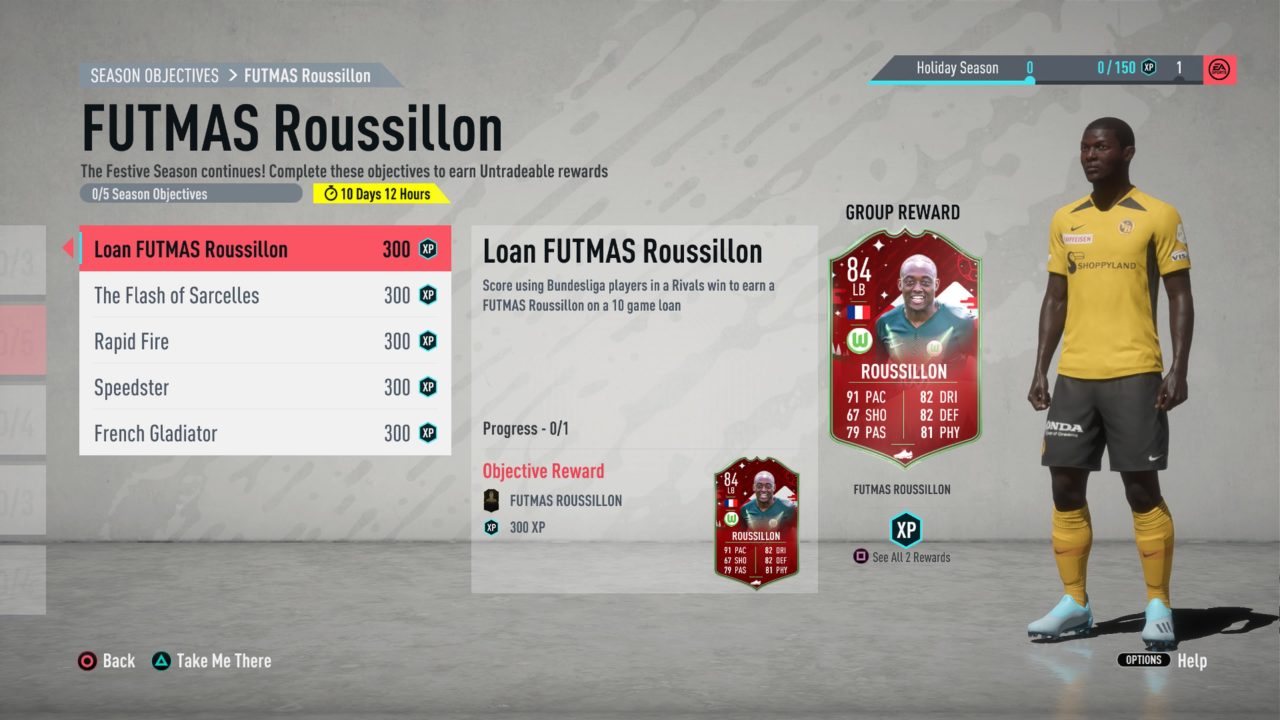 FUTMAS Roussillon coincided with the turnover with this season:

The Flash Of Sarcelles – Gold pack

These are not too bad considering the Rivals wins requirements are actually straightforward. I welcome all Online Friendlies objectives, and Squad Battles are easy enough to knock out as well if you want this above-average card.

The Holiday Season XP rewards are also shortened to level 20 to coincide with the fact that the season ends on January 17. We have screenshots above highlighting the biggest prizes, but I’ll call out a couple level rewards below.

Beyond the weekly bronze, silver, gold objectives, the two unique additions are Zidane’s Story and The Spirit of Sharing.

Spirit of Sharing is based around just knocking out assists in any FUT game mode to get XP. With Zidane’s Story, you’re getting a Zidane Tifo at the end of it. You will need to use that loan Zidane from the XP rewards to knock these out unless you’re lucky enough to already have Base Icon Zidane.

I would not go out of your way to do this one, but for those who want every single point of XP they can get, you can travel down this path towards a tifo.

There will be plenty more stuff that crops up week to week for this Holiday Season, but all in all it’s about what’s in line with the other seasons so far this year in FIFA 20 FUT.