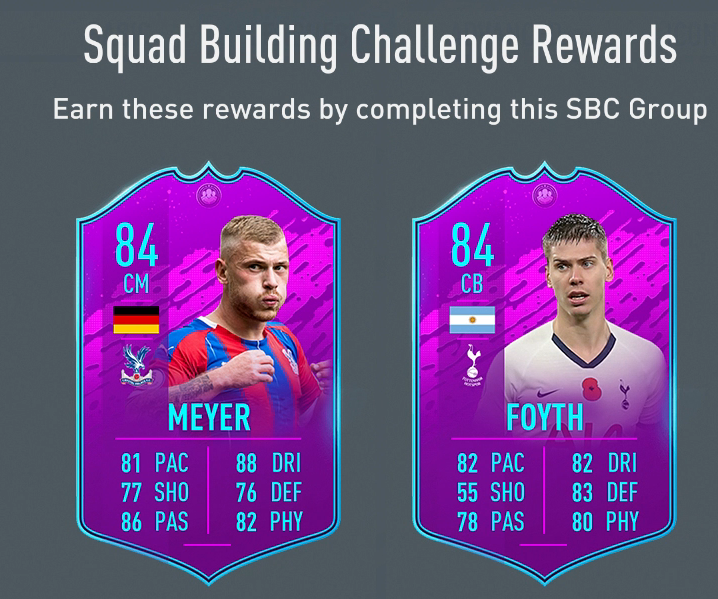 We’re mostly enjoying vacation right now at OS, but I still wanted to recap the last couple days of happenings in FUT as quite a bit has happened. Let’s start with the Mid Icons pack, and from there we will go to some of the other SBCs and objectives currently active in FIFA 20 FUT.

We will presumably get at least 24 tokens again through the next couple months, and Essien immediately stands out to me as the top prize if you struggle your way through all the Icon Swaps objectives. I can’t personally make myself do the Squad Battles ones so I won’t make it to 21+ tokens, but I do think getting that Essien card is worth the grind.

The first six tokens are broken up as usual between online and single-player objectives.

As always, I’m not in love with the challenges for these objectives because they’re just not very fun to do, but this is not a new issue. So I’ve just come to accept the goals system for these tokens and just grind my way through the ones I can stomach.

Week 2 is now up for this shortened Season 3. I’ve previously touched on the Holiday Season and what’s there so you can scope that out if you want to know about the rewards for this season.

I’m sure there is some anger out there that the two players available for the EPL League SBC are Max Meyer and Juan Foyth, but I would not be so quick to hate on these picks. Yes, they’re not the most known players, and they’re just 84 overalls, but Foyth is a very meta CB, and Meyer is going to be very strong on the ball. Overall, I think the league SBC players have actually been very good in total. FIFA is clearly targeting lesser known players for these league SBCs, which is different from past FIFAs, but the players have been useful on the whole.

On top of that, while the cost is around 246K, I would venture to guess if there’s any league where users already have a ton of cards in their binder, it’s with the EPL. The packs are not terrible either (at least not all of them). So I think the cost is probably closer to 125-150K when it’s all said and done.

I have not kept up with the puzzle SBCs since Christmas, so there are two currently active.

The cost of this one is about 6K right now on PS4, according to FUTBin. Also, for some reason the cards you get are untradeable for this one.

The cost of this puzzle SBC is about 8K on PS4, according to FUTBin. This one was actually a bit tricky for me to complete, and I ended up needing to buy two players in order to make it work with the players I was trying to use from my binder.

The Return Of Old SBCs

Javier Mascherano is the big get here as he’s now back after people slept on him the first time around. He’s only about 22K right now, which is such a steal. This is truly one of the best values in FUT so far this season, and if you need a defensive-minded center midfielder, it’s hard to find a more reasonable selection than Mascherano.

Scream Milner has also returned, and his price is also much cheaper this time around. He’s only going for about 57K as of now, but I still am not going to do him at that price. The stats just don’t stick out to me.

As always, we also received the Marquee Moments and Marquee Matchups for the week.

The cost here is about 3K, according to FUTBin. However, you should have no trouble doing this with players already in your binder.

The overall reward for completing all four matchups in an EPL-centric week is a Premium Gold Players pack. The cost to complete all four is running about 30K as of now as well, according to FUTBin.