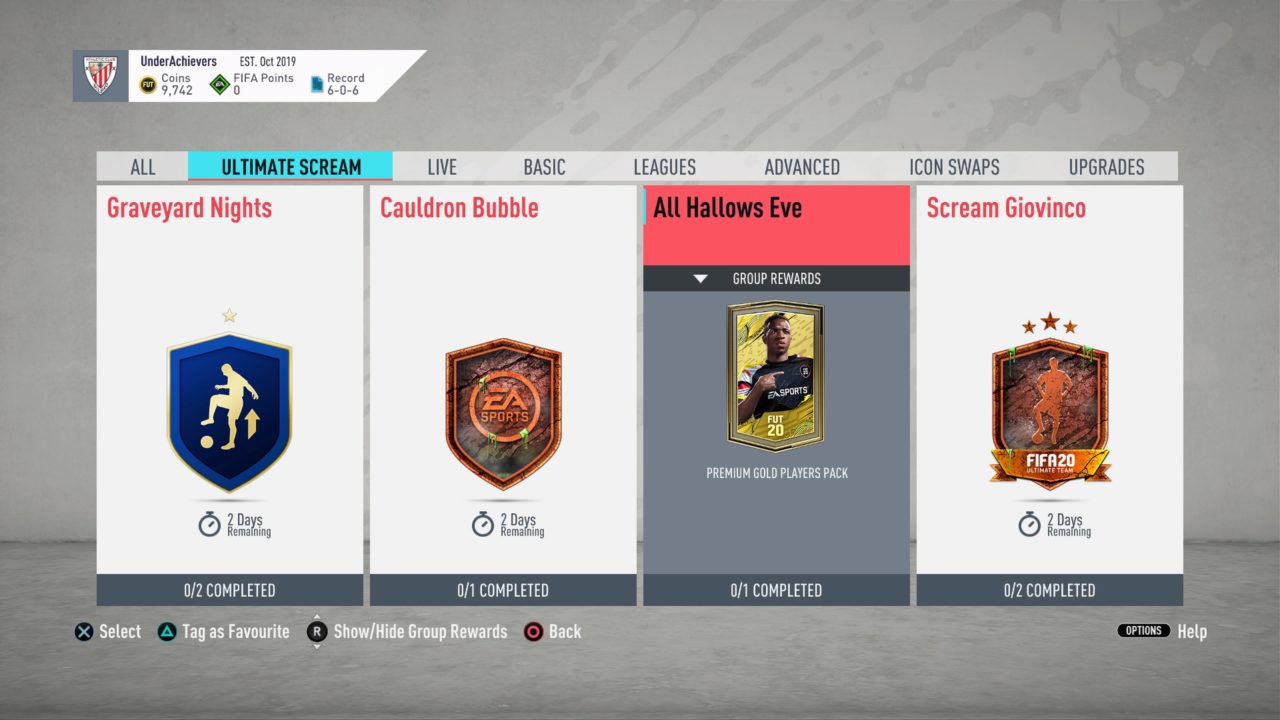 It was a very light day for FUT 20, which is not surprising considering what’s in store the rest of the week. This is the calm before the storm and gives the market another day to recover before there’s a bit of a crash again.

The promo packs are redundant, and the three new Scream SBCs are easy to complete for easy rewards — if you even want to do them. The Graveyard Nights SBC will lead to a Haunted Tifo if you want that. The other two SBCs get you pack rewards:

The players you get probably won’t be anything special, but maybe you get a couple helpful chemistry styles that help it pay off. Also FUTBin is showing that you can complete the two pack-related SBCs for 2-3K, which is good value.

Tomorrow we get the latest Team of the Week (it probably won’t be that great), and we’re one step closer to Halloween and the first set of Scream cards coming back into packs for the day.