It was a light Sunday in FIFA 20 FUT with the Headliners day three featuring just a single puzzle SBC and Flashback Lala. The puzzle SBC pack reward is tradeable this time around, so that’s nice to see. However, let’s first talk about Flashback Lala.

Cost: Right around 260K, according to FUTBin

Chemistry Style Recommendation: I would go with a Sentinel or Anchor to really smooth out some key defending and physicality attributes. You could perhaps go with a Guardian if you want a little more agility on him, but that’s not my first focus.

Quick Analysis: When you talk about Lala, the question to first ask is who didn’t use him last year? He was incredibly popular so I’m sure this card has some hype behind it for that very reason. He also comes in as the highest-rated RB/RWB in Ligue 1. On top of that, he also gets the second-best base pace, best physical and best defensive ratings. All in all, you’re getting good stats and far and away best player at that position in Ligue 1.

That being said, he has medium defensive work rates and high attacking work rates, so he really does fit more into the RWB mold than the RB mold. This is fine, but not too many people run five in the back this year, so you might have to be a little wary of him at times jumping up into the play too much. Still, he has 90 sprint speed, 87 acceleration and 91 stamina so he can move plenty. His composure is just 79 and he’s not quite in the 90s for some key defending and physicality ratings, which may also be a concern for some. Lastly, the agility is only 75 and the balance is 79 so you may think twice about how much you carry the ball with him beyond sprinting up the sidelines.

I do think Lala is worth doing, but it’s situational depending on how many French players you use or how into a Ligue 1 team you are at this point. 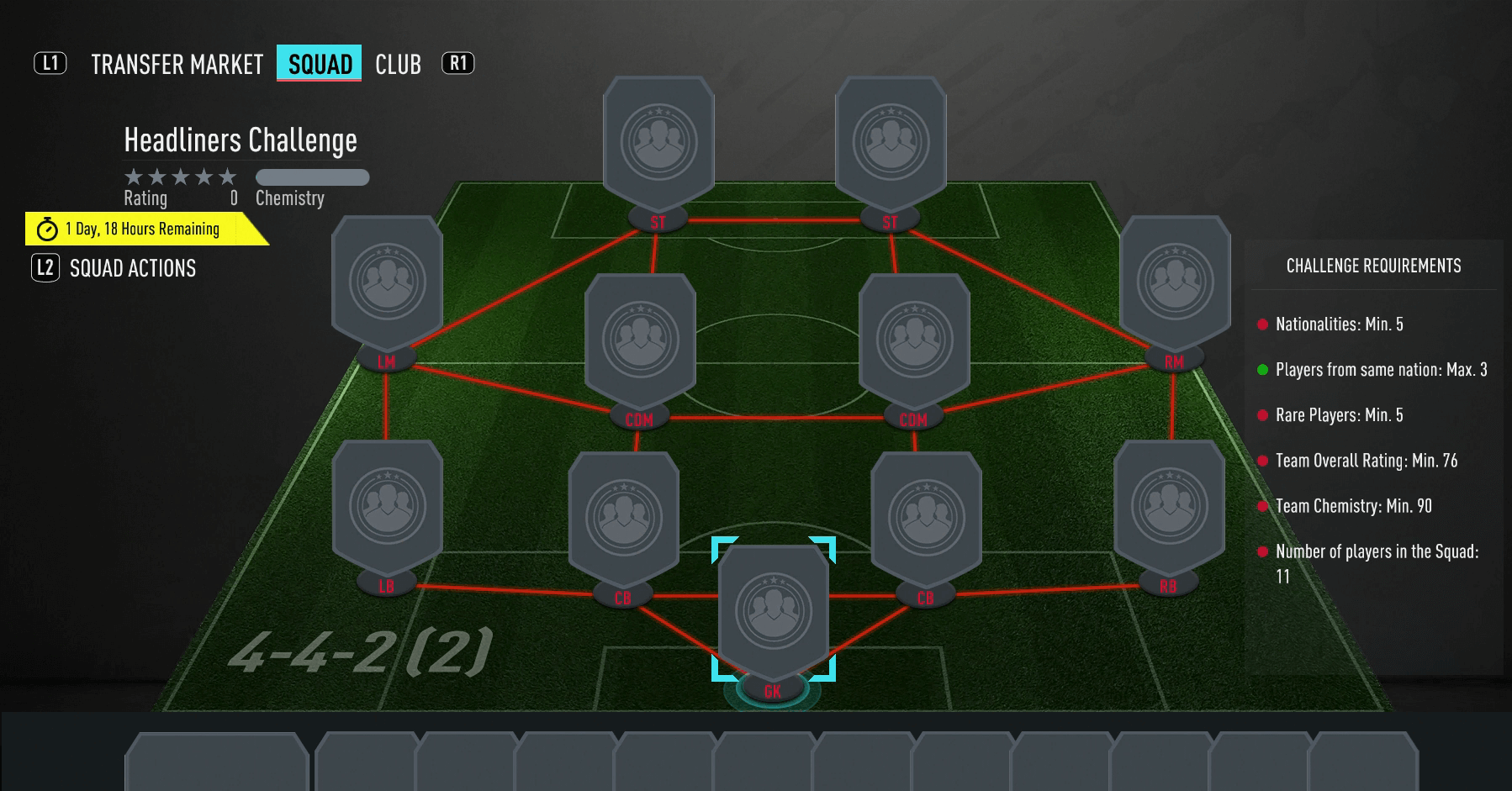 Not an overly hard puzzle to decipher, so everyone should be able to cobble this together from untradeables they already own within their squads.