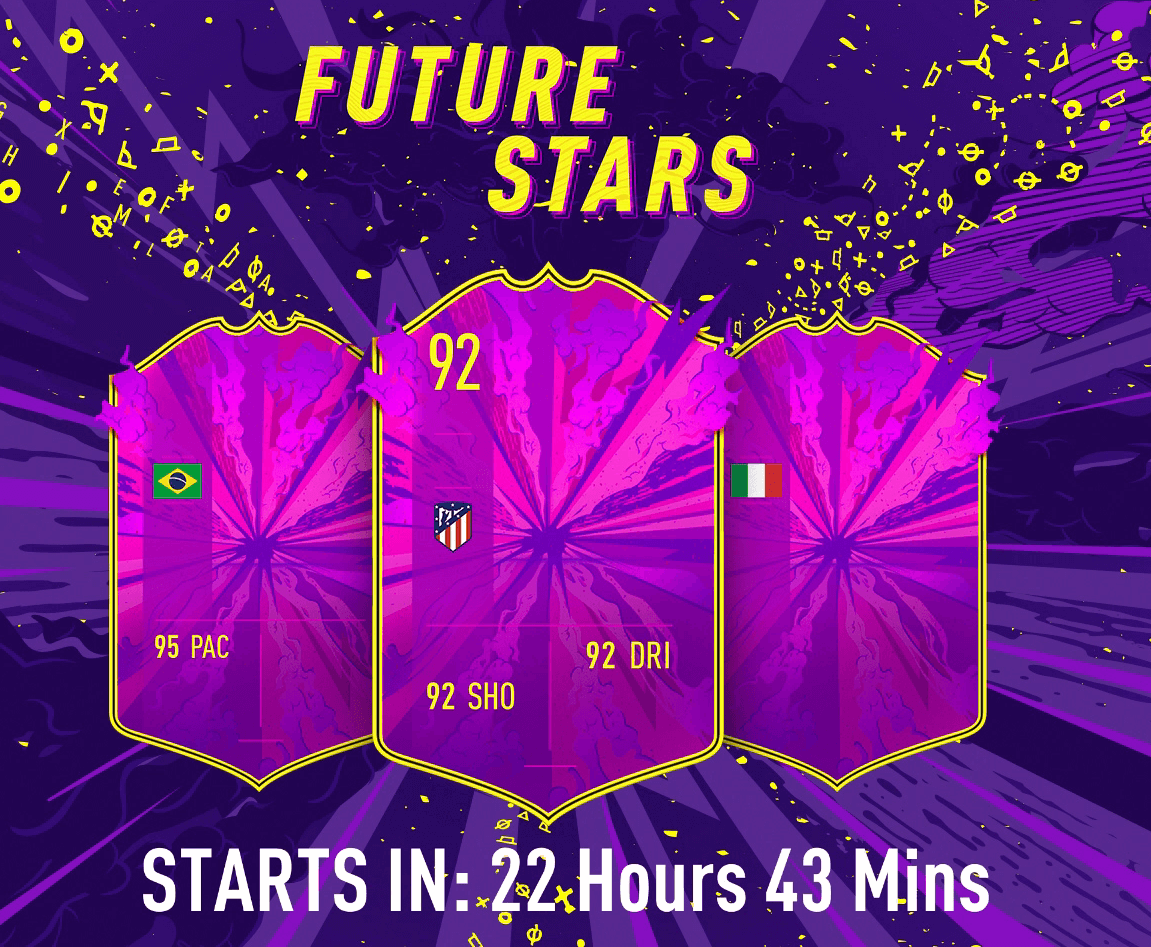 One of the lighter weekdays I can remember in FIFA 20 FUT. The Headliners promo is just waiting to end as there is zero new content once again for it. The only new content we got today were the standard Marquee Matchups. The most “exciting” new thing today is the FUT Future Stars teaser splash screen.

We’ll know tomorrow who these three players are, plus I’m sure we’ll be getting more players on top of these ones. Overall, tomorrow is going to be busy in FUT as we are also going to get the start of a new season.

Price: About 25-30K, according to FUTBin