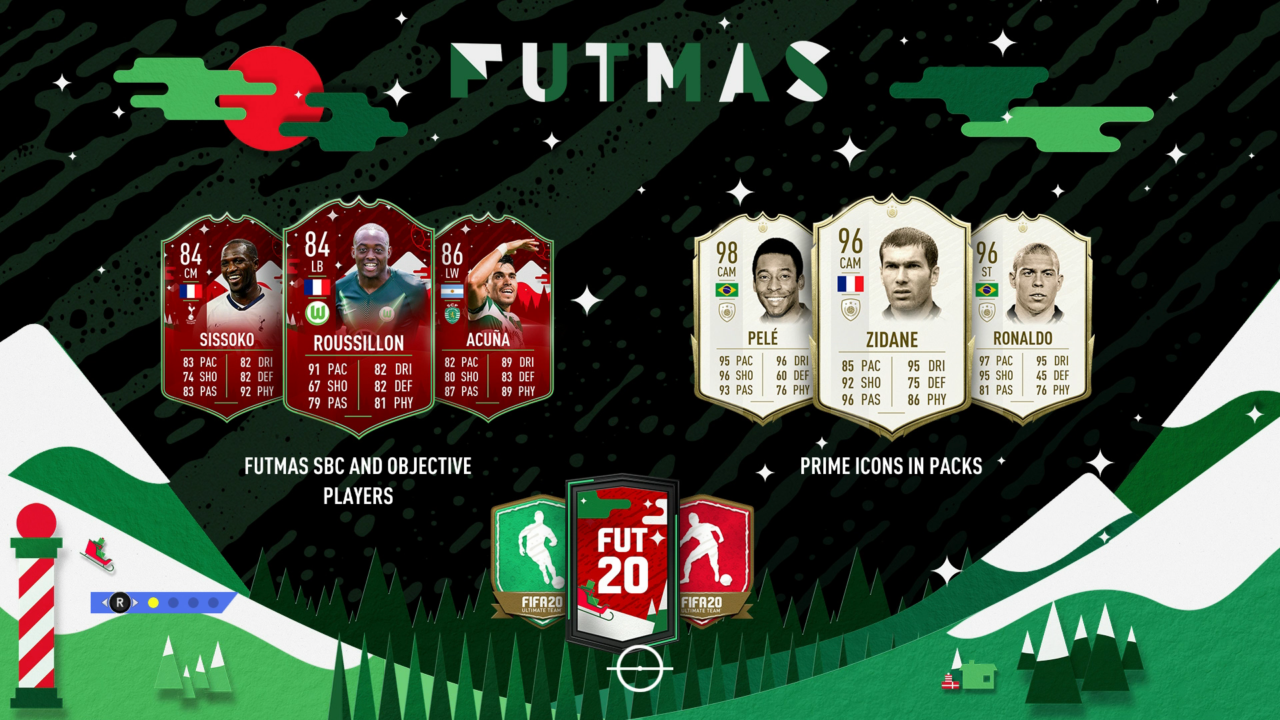 FUTMAS day nine gives us two more player SBCs in FIFA 20 FUT, and a second straight day with a puzzle SBC. Let’s get to it.

Acuna is a fan favorite in many circles as his in-form LB card is very good and popular. This version is a LW, but it retains all the good qualities of a defensive-minded LM or LB if you can afford to play him a bit off-chem. He’s also the second LW from Sporting in the last couple days.

There is no loan available for Acuna, and it’s about 15K more expensive than his LB in-form.

Sissoko is a very popular CM with an easy to link league and country, but EA realized this while giving him his first upgraded card of the year. He is very expensive, and so it will give people pause before going down that path.

You can get a loan version of Sissoko to try him out.

The cost is roughly 3K on PS4, according to FUTBin.