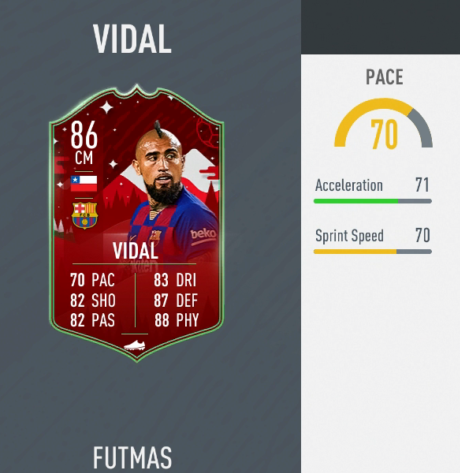 As the days go by, EA has been able to get in a groove with FUTMAS, and that trend continues today on FUTMAS day 12 with one of the cheapest SBCs yet, as well as the return of some other upgrade SBCs. Let’s get to it.

I want to first start with FUTMAS Arturo Vidal. La Liga center midfielders are always a hot topic, so Vidal coming in at 72K, according to FUTBin, seems like a very reasonable cost. Partey and de Jong are two other popular picks here for La Liga-centric squads, so depending on what form of those players you like, Vidal may actually be a cheaper option.

You can also get a loan version of FUTMAS Vidal.

With Shaqiri, yeah the card does not look amazing or anything, but it doubles down on what his strengths are (shooting from distance, maneuverability) and it’s incredibly cheap. In fact, it only costs about 16K right now, according to FUTBin.

There is no loan version of Shaqiri available. 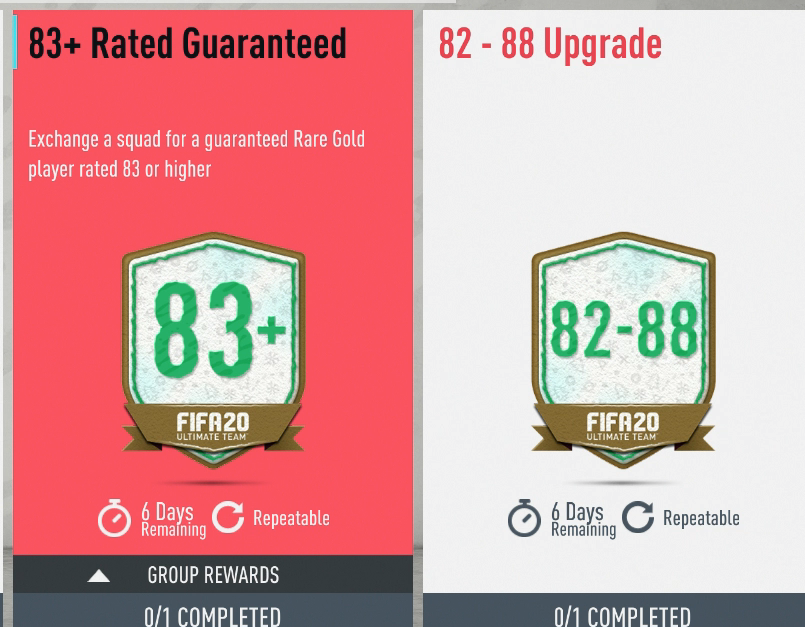 I did not do the 83+ rated guaranteed because it just feels too much to give up about 12K each time for what will probably end up as an 83 overall. I did do the 82-88 upgrade twice because it’s only about 4K and I have so many untradeable cards. I got an 82 overall once (no surprise) and did get an 86 overall Kimmich the other time. I do not think that Kimmich is a normal result as usually FIFA does weight these very hard to the lowest part of the scale, but still want to pass along my results.

The Base Icon Upgrade SBC has also returned. It looks like it’s a little cheaper than the last time it was around, but I don’t think it will be as popular now that more (better) Icons are out in the wild overall.