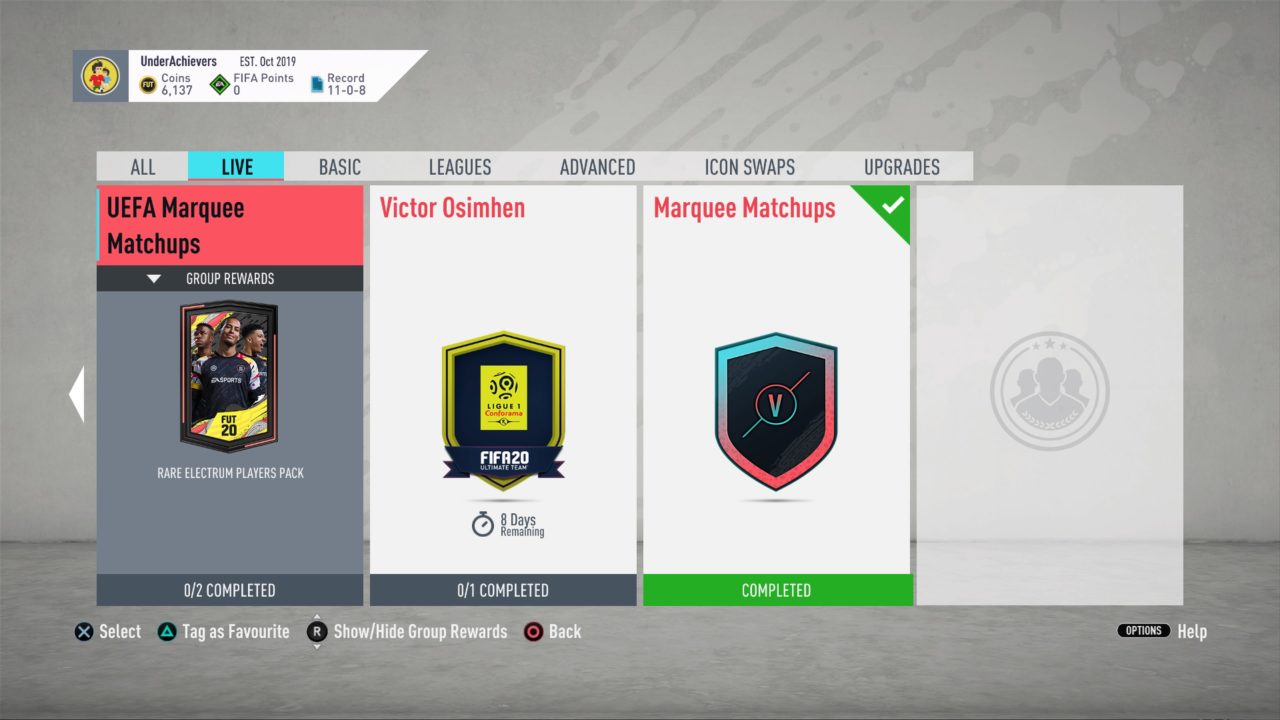 Another quiet day on FUT, but it’s one that has some nice easy value SBCs to move things along before Team of the Week 8. 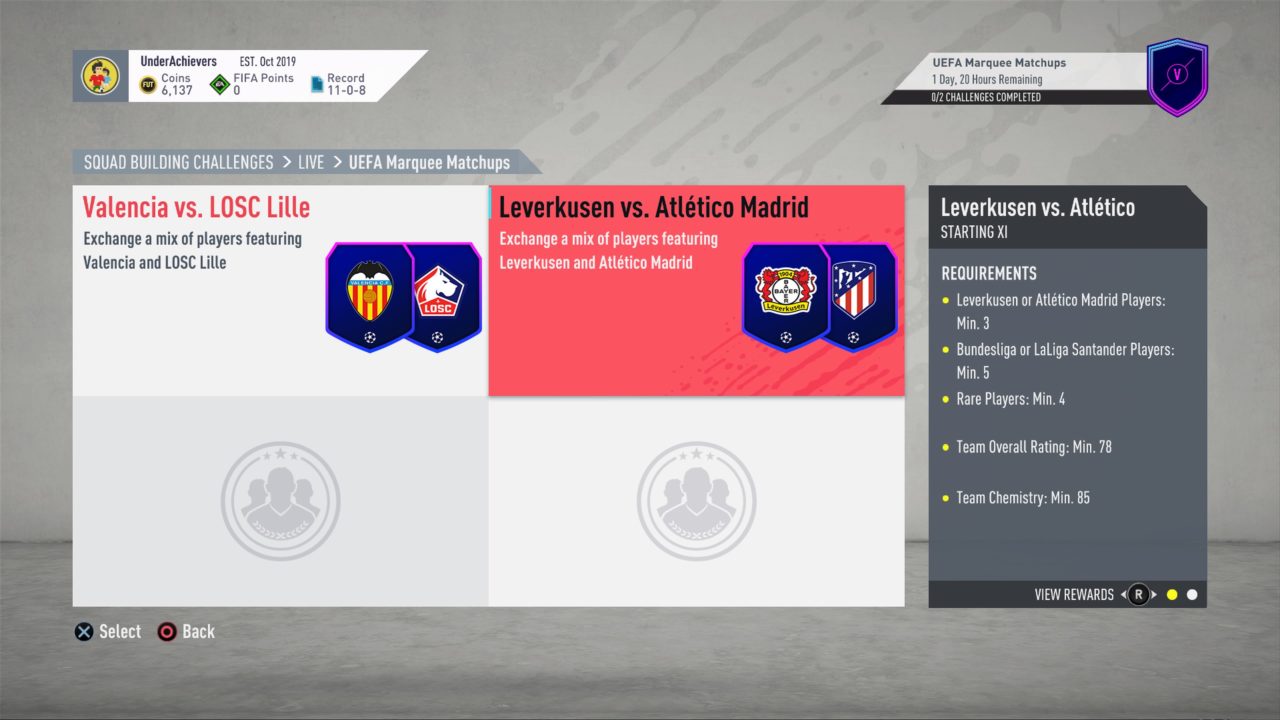 For those who like to invest in some low-level golds in hopes of nailing one or both of the Champions League matchups, hopefully today worked out for you. I know I bought a whole boatload of Kieran Trippier cards yesterday in hopes of this — plus he just retains value as an English right back in La Liga. I was buying him at 800 coins yesterday and he was selling for well over 2K today on PS4. 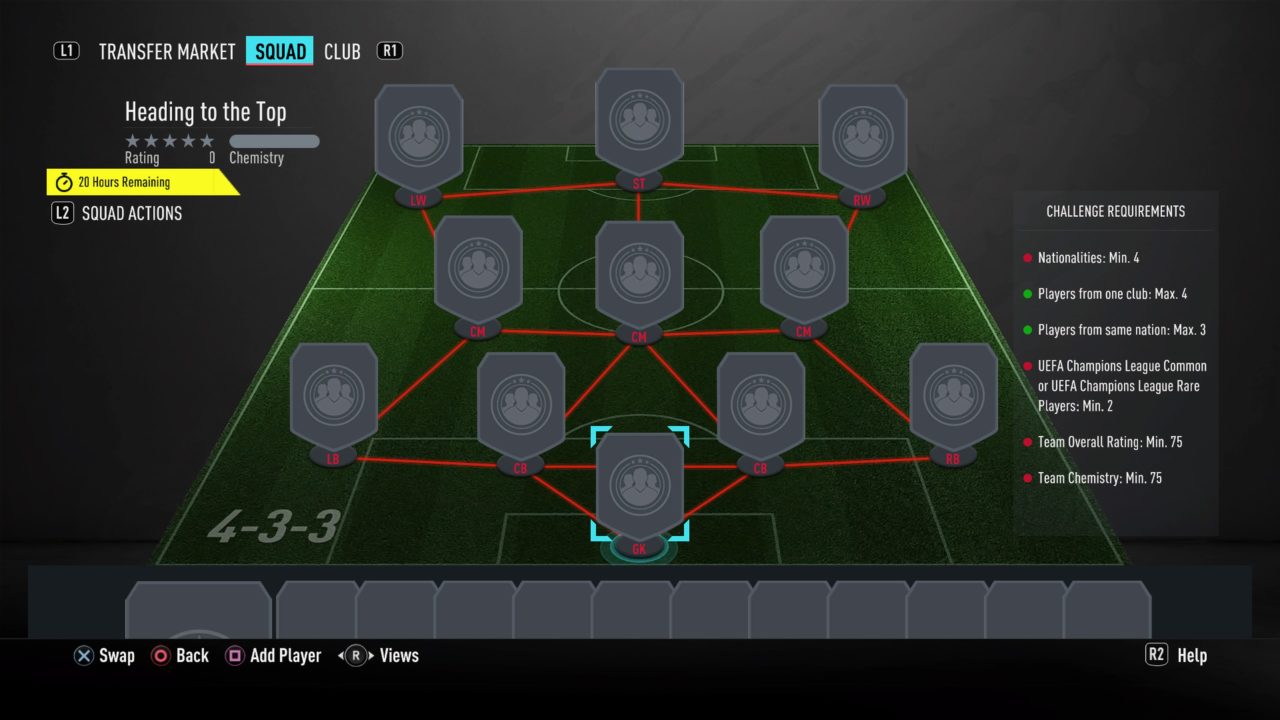 The Heading to the Top Live SBC is even more simple in that it just involves snagging some Champions League players. You probably can complete this one for free, but FUTBin has the cost at about 4-5K if you have to start from scratch. For this SBC, you will get a Prime Electrum Players pack and 500 coins.

All in all, this is a nice little appetizer before the Team of the Week/in-form updates tomorrow.