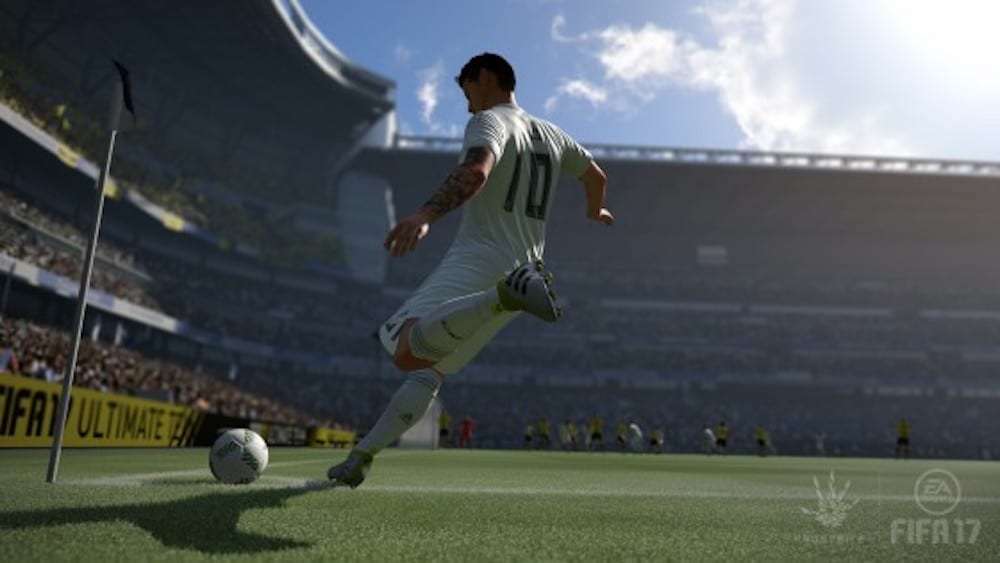 If you’re a keen FIFA fan, you’ve probably started to notice the FIFA 17 reviews trickling in. I’ve had a lot of time with the game so far, but we’re going to hold back on our review temporarily for a couple of reasons. First, a patch has just been released containing a number of pre-release fixes. Also, I want to get more time in an online setting before summing up my thoughts.

We’ll be unveiling our review as soon as we can, but in the meantime, I’m going to take this chance to sum up my initial impressions of this year’s game.

–FIFA 17 has enhanced the series’ gameplay in a variety of ways. There are a bunch of new headline features that largely serve to improve this year’s offerings, but it’s the subtleties that shine brightest by merging to create a wonderfully authentic offline experience. Games play out in a more realistic fashion than ever, with only a few downsides to note. I haven’t had much experience with online gameplay at this point, but it already feels much more arcade-like than its offline counterpart.

-The Frostbite engine has transformed FIFA’s presentation this year. It’s most notable in terms of the game’s lighting, where stadiums glisten in the sun and sweat beams off players’ faces. It isn’t perfect, however, with some areas suffering from a lack of detail. -The Journey has arrived, and it delivers a brand-new experience that will eat up your time and keep you invested for the long haul. It’s an excellent story mode that incorporates a well delivered tale, engaging cutscenes and immersive gameplay. The way in which you perform and the decisions you make will affect the story, but it’s designed to follow a specific outline throughout. Let it take you along for the ride, and you’ll have a lot of fun.

-Those who spend the majority of their time in career mode might be disappointed to hear it’s largely the same. There have been improvements in the form of new features centered around aspects like team objectives and financial matters, but it’s mostly a familiar experience for anyone who played it last year. Ultimate Team has been upgraded considerably with the introduction of Squad Builder Challenges, and they’re an excellent addition that should enhance the appeal of Ultimate Team going forward.

This is just a small taste of what’s to come in the final review, and keep in mind that these are not final impressions — they may change. The EA Access trial period is now rolling out, so let us know your thoughts on what you’ve played so far.