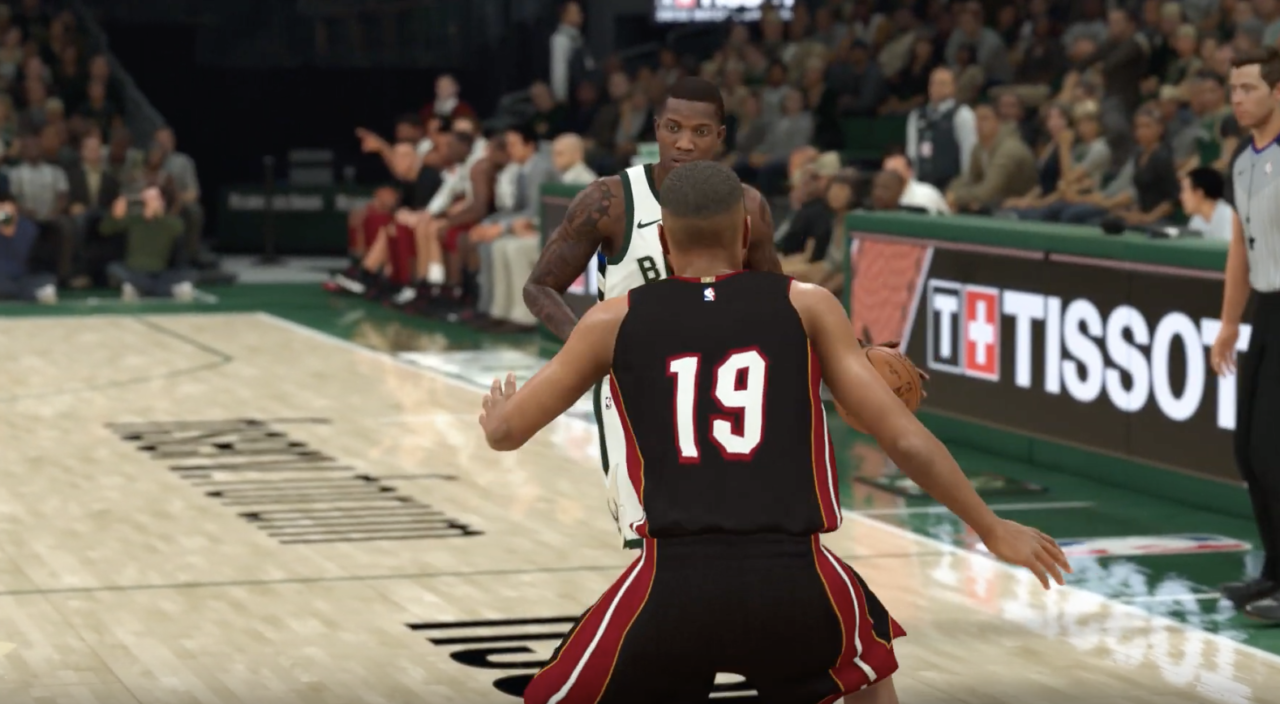 For what is the 1053th time (unofficial count), a game has launched with major bugs. And for the 1051st time, many of those bugs were quickly patched and the game is now in a more stable (albeit still not perfect) state.

You might be thinking about NBA 2K20 since that memory is freshest, but we’re referencing any number of games at this point over the last year.

With that in mind, we haven’t done a fact or fiction at OS in a long time and it’s time to resurrect this old favorite. The point of this game is simple: We give our writers a prompt, they answer fact or fiction and give a justification for why they said it. We try to make everyone answer the question but sometimes our writers are cagey (looks at Kevin Groves).

Today’s fact or fiction prompt is this:

The bugs in a game when it first launches, while annoying, are always hugely overblown and forgotten by gamers within a couple of weeks after the first patch that fixes them.

Fiction: To me that’s absolutely false. Coming off of a disastrous launch for NBA 2K20, I can tell you that the bugs and glitches in that game at launch were rage inducing. It’s one thing when a game crashes, it’s another entirely when you lose real money and a ton of progress time from early bugs. Another example for me is Red Dead Online. I’m one of those who got booted from the servers constantly. It got to the point that I just gave up.

It’s not an unreasonable expectation to have a working game after paying 60+ dollars for it. The fact that these games launch in such a bugged state means that we are essentially QA testing for the companies. Sure, they’re patching it but they should’ve spent the money to do their own QA rather than risk alienating their player base.

The worst part of many of these launches, 2K in particular, is that many of the glitches carry over year to year. Server disconnects are nothing new, as are problems buying VC. It seems not only are there legacy gameplay issues, but also legacy glitches as well. It’s time these companies did better. There’s nothing overblown about having your time and money wasted.

Fact. People always freak out about huge bugs with games in the first few weeks after release — they always get fixed and in month two and three, gamers have settled in and things are fine. Yes, it is super annoying that release dates are just paid beta tests sometimes. Yes, it sucks that gamers have to go through this time and time again. No, this is something that will not change, unfortunately.

For now, games are a long-term investment that gamers make — everyone knows this and the industry does not have the incentives in place to create perfect games at launch right now. If you are after games without annoying bugs, you should avoid release dates and instead purchase games closer to the first regular season game in each sport’s schedule. Otherwise, regrettably, this is how it is. Sports games do this every year, then games like NBA 2K and Madden break their sales marks over and over. Rinse and repeat. Sooner or later there’ll be a launch so disastrous it ruins a game’s season for the masses, but we haven’t gotten there yet as most people still tend to still play out a season in sports games.

Fact. The thing about this is gamers tend to have a short memory on some things. The idea now appears to be that games used to come out polished before companies didn’t have the “incentive” not to polish them beforehand. This is just false. There were some games that were glitch-filled and there was not a thing you could do about it unless you created house rules or it was within the realm of a slider fix. There were also games that were busted out of the box and you literally had no choice but to wait a year, not a week.

By and large, the age of patches has been a fantastic thing, not just for fixing issues that plague a game but also for adding additional content. In an imperfect world, the idea of “just fix the game in QA” isn’t always possible, and no QA team will ever quite substitute for the meticulous nature of thousands playing it at home. This is especially true for annual sports titles that are bound to release dates whether they want to be there or not. And, be honest, is it more likely that a developer sent out a game “knowing” it was bad and hoped we wouldn’t notice? Or is it more likely that they’re things they hate seeing at launch and wish they had known about beforehand or just could not quite fix in time for launch?

I would hope it’s number two, as it is infinitely more desirable to build brand trust rather than destroy it.

Is it annoying? Sure. Is it overblown? Absolutely. Consider the alternative. In a month, no one will probably remember having their MyPlayer name goofed up in NBA 2K20. Would you rather forget that now, or forget it September 2020?

Fact Then Fiction. I’d say it’s somewhere in between. The video game community is known to overreact and there’s no phrase that’s more annoying than “the game is broken.” That’s the blatantly false part when it comes to releases. The true aspect is what Matt mentioned with legacy issues. With betas followed up by demos there is ample time (if the demo is released early enough) to test out these games, whether it be new features, servers, etc. And while gameplay issues tend to be harder to fix (as fixes can potentially have secondary side effects), there is time to hammer out issues with areas like presentation packages, uniforms/kits, sim engines and so on.

Putting the onus on the QA/QC team is unrealistic, even for publishers with budgets like those of EA and 2K considering the complexities of today’s games, and the short development cycle these games live on year to year. Putting the game in the community’s hands early can help alleviate this and some companies like Konami have done this with two demos (PES 2018). Let the community run the simulations required, collect good feedback and help create that bond with the community that shows you’re invested. It will also show you care about your consumers and are working together to create a product that both sides helped to create. Post release, developers HAVE to create clear and transparent lines of communication and set realistic expectations. Unfortunately, some things have to wait until next year, and while it sucks hearing that, I can live with an honest company telling me their reasons for that.

False. I think this is dependent on genre of the game and an individual game’s community. For where we as OS writers sit, this is false for the sports gaming genre. Look at what happened with NBA 2K20‘s launch. Matt mentioned it above, but doubling down here, what happened within the first week of launch was absolutely insane in terms of glitches and bugs. Having dealt with several issues first-hand, I almost quit on playing NBA 2K20 altogether. It’s pretty evident that it was a big deal and not to be forgotten when #fixnba2k20 and #fireronnie2k became the top three Twitter trending hashtags within about an 8 hour window.

While I’m a little more understanding being part of the industry and knowing that a massive game will generally have some bugs at launch, the mass majority of the NBA 2K community didn’t care and held no punches in attacking one of the “faces” of the game, on top of the game itself. As Matt mentioned, it’s all about time and money. When people spend their money on a game, it’s an (un)realistic expectation that we receive said product in its final retail form with as little issues or bugs as possible. It’s also virtually impossible to get a game without some bugs at launch.

Regardless, when the bugs and issues are so egregious that you lose out on time, progress and money, then you can’t say that the issue is overblown. NBA 2K20‘s launch will unfortunately be an unforgettable example as to why this is false through and through. If FIFA, PES or Madden were to go through a tumultuous launch week like that of NBA 2K20, you can bet that those respective communities would lash out with poisonous venom as well.

Fiction. When major sports titles are released with bugs, they are not only annoying but they also tend to give the gamer false hope that anything major was actually changed in the game. I’d be more willing to wait an additional month for the game to come out with the bugs addressed rather than play through seasons or franchises and have the game updated along the way. When new titles are out, I’m looking for a polished title that only needs tweaks here and there. But when the game releases with major bugs, I think players have to get extreme with game sliders and other settings just to make up for the issue at hand.

So what say you? Do you think bugs at launch of a sports game are overblown and don’t matter in the end, or do you see these as an existential crisis for the genre? Sound off in the comments!