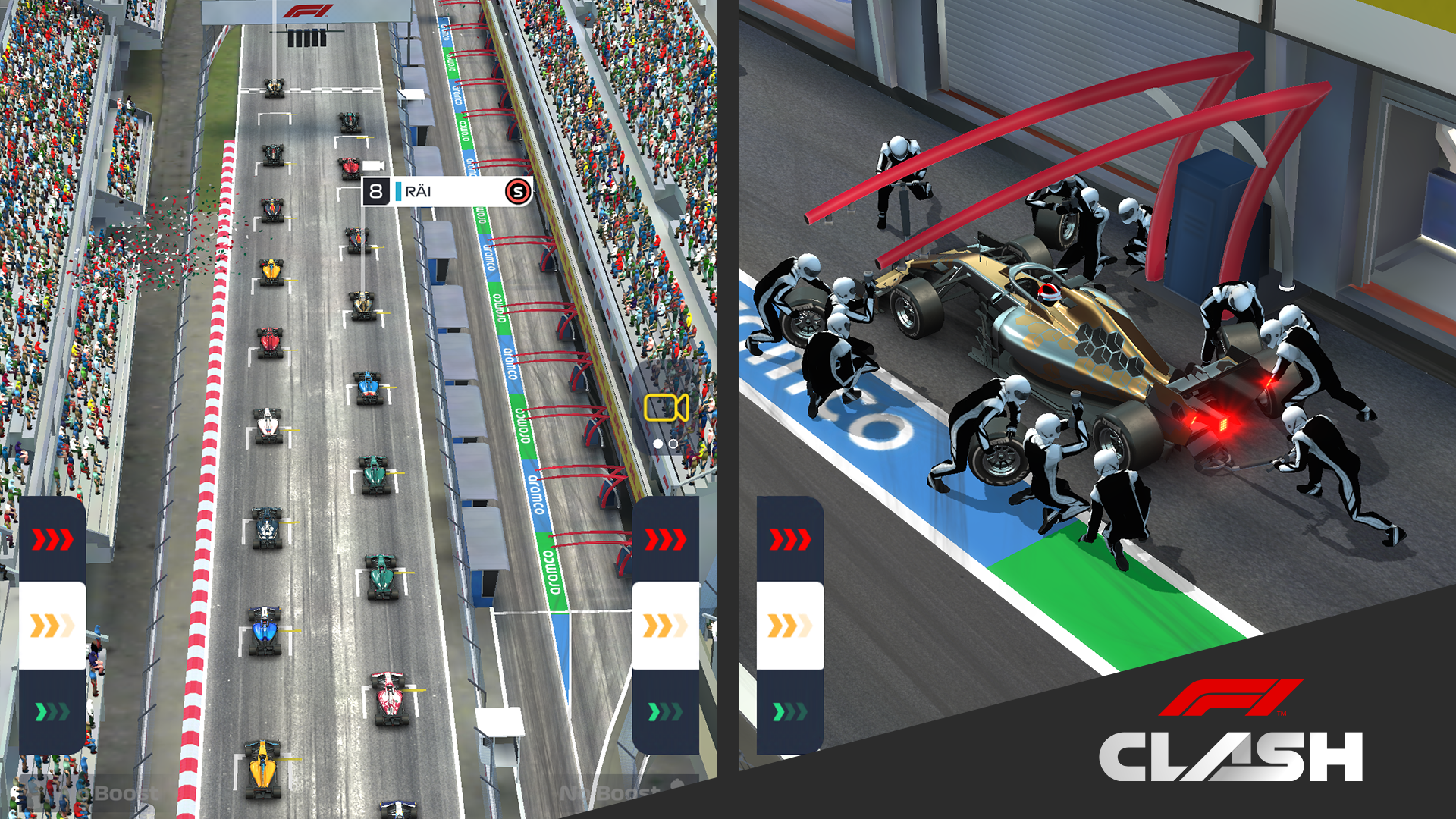 F1 Clash, formerly known as F1 Manager, has launched on iOS and Android. The rebrand features quite a few upgrades and new content, along with the official 2021 drivers, teams and liveries. There are also 48 brand new components added to the game for racers to optimize their cars with.

Players that progress from the 2020 season will be able to spend their constructors’ championship points on 2021 driver and component assets in the constructors’ championship store, giving them a head-start as a reward for their progress during the 2020 season. Based on their 2020 season score they can also receive crate rewards along with temporary or permanent buffs to take into the new season.

Compete in thrilling 1v1 sport contests with the toughest rival race drivers from around the world. From PVP Duels and Weekly Leagues to the Grand Prix events held every F1 race day, there are endless ways to make a name for yourself. Will you tell your drivers to go all out from the first lap, or play the long game and sneak victory on the final corner?