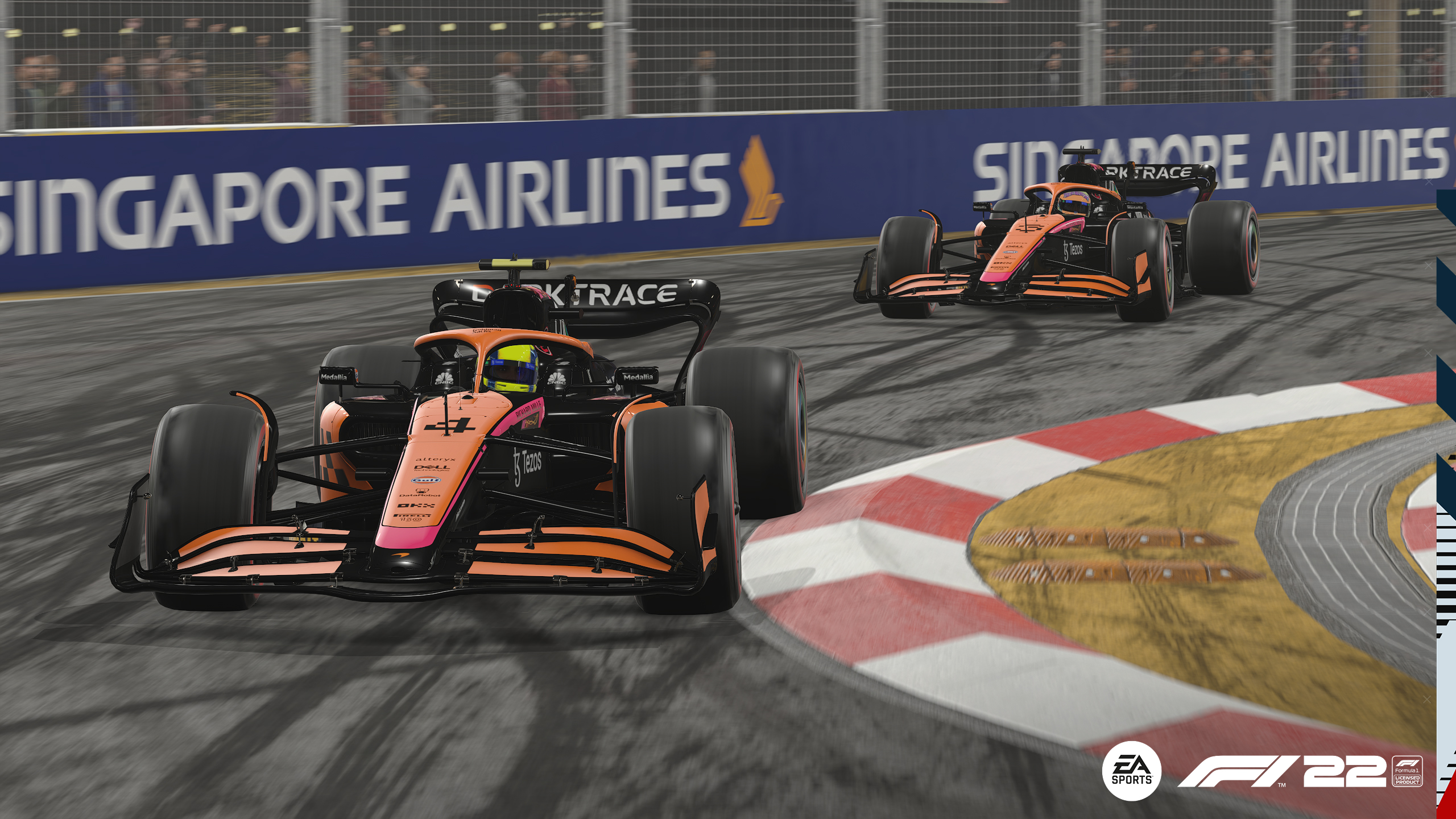 Singapore and Japan’s futuristic and innovative landscapes inspire Future Mode which features bright neon colors dominating a 3D graphic style. After its limited time expires, players will be able to permanently download the McLaren livery and use it as a player car. Additionally, the new livery will be used by the McLaren Shadow Team in the F1 Esports Series between October 12 and 14.

As a result of Verstappen’s dominance, his overall rating has increased to 96, two points ahead of his nearest rival Lewis Hamilton (Overall 94). Charles Leclerc is up to an overall 92 as George Russell drops to an overall 91.

Zhou Guanyu’s improved on-track performances has him eight points ahead of where he was on launch day sitting at an overall 78.