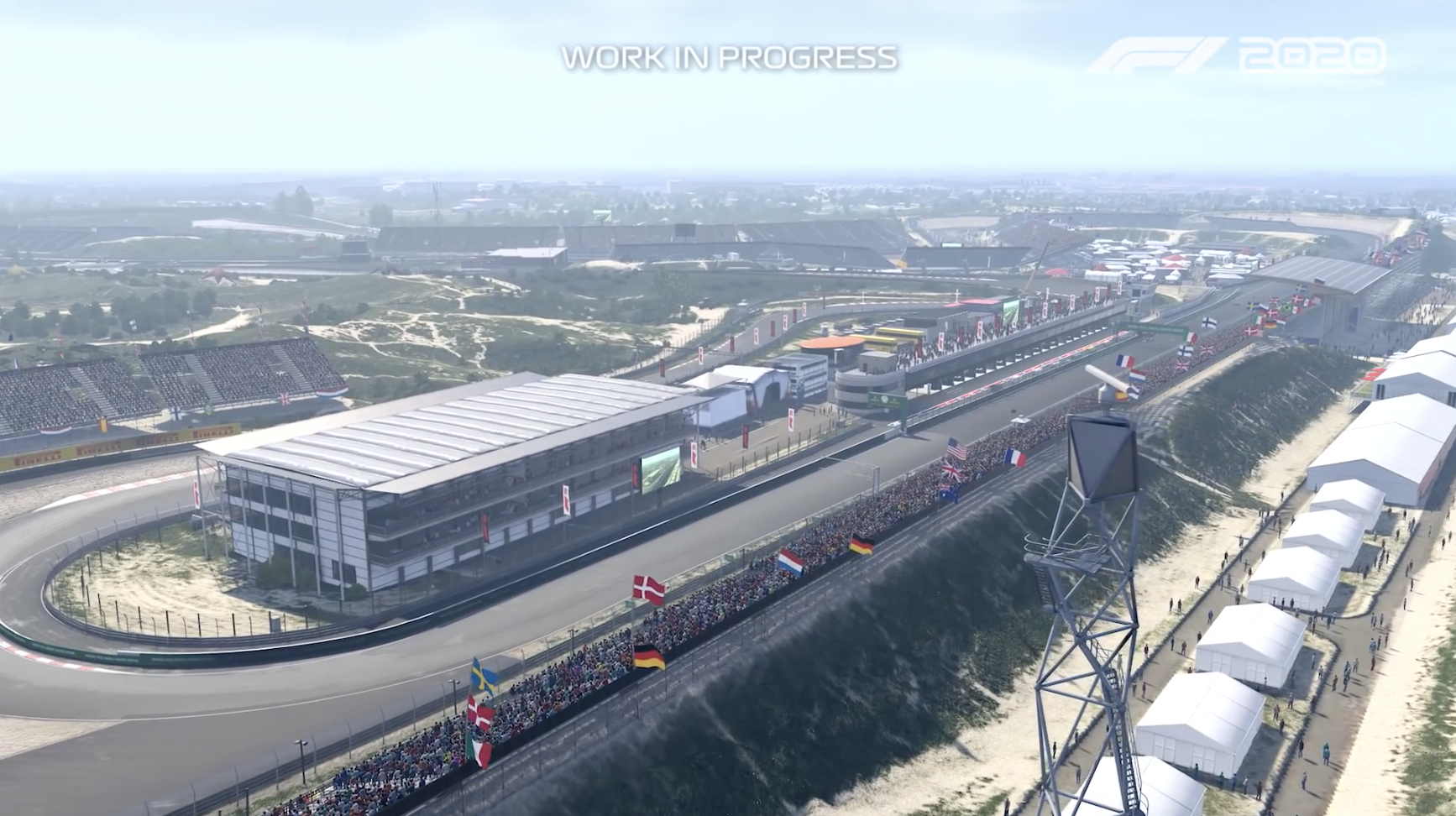 Circuit Zandvoort was originally scheduled for this weekend in the F1 calendar, returning to F1 for the first time since 1985. Make sure to watch the virtual hot lap, featuring the car from Red Bull Racing’s Max Verstappen, on his home circuit.

Nestled amongst the coastal dunes in the province of North Holland, Circuit Zandvoort is a traditional style racetrack. In preparation for its return in 2020, the circuit has new paddock and run-off areas, with sections of the track enhanced to create exhilarating racing moments. It will become synonymous for its steeped bank curve, which is unique amongst F1 circuits. The final bank, angled at 18 degrees, will allow drivers to tuck-in behind an opponent and line-up to overtake in front of the fans on the home straight.

“The team has done an incredible job in recreating every aspect of the circuit. The banked final corner heading into the long straight is something players are going to enjoy,” said Lee Mather, F1 Franchise Game Director at Codemasters. “Circuit Zandvoort is highly technical with height variation, blind crests and unsighted braking points and corner apexes. It’s an onslaught on the senses and doesn’t give players a moment to rest.”